Scott has been a student of anthropology since before he knew what the discipline was, initially inspired by National Geographic magazine, a great social studies teacher, and a fascination for the diversity and universality of the human experience. He is an advocate for anthropology both within traditional academic institutions and throughout society. Scott currently lives in Sydney, Australia.

Prior to migrating Down Under, Scott was a Lecturer at the University of Vermont (2012-2014). Teaching large lecture sections of Cultural Anthropology, mainly to non-anthropology majors, set him on a quest to find more effective ways to communicate anthropological knowledge and to turn people on to anthropological thinking.

Scott specializes in political, environmental, and legal anthropology, and particularly identifies with political ecology as a research and writing orientation. He received his PhD in sociocultural anthropology from McGill University in February 2011. His doctoral research focused on people’s experiences of hardship and opportunity in connection with ethnic politics and land tenure transformation in a marginalized community in rural Kenya. He’s currently refashioning his dissertation into a book manuscript, under the working title Struggles over belonging: land and ethnicity in rural Kenya.

Scott held a Social Sciences and Humanities Research Council postdoctoral fellowship (Jan 2011- Aug 2012) at Rutgers University, during which he investigated both carbon forestry as a climate change mitigation strategy and Indigenous activism in Kenya. He is especially interested in studying the political dynamics that contribute to success and failure in the collaborations that develop when global movements and adaptations intersect with local social realities.

As book reviews editor, Scott is excited to engage with new (and old) books, authors, and reviewers exploring the terrain of popular anthropology.

Christian Madsbjerg and Mikkel B Rassmussen want to revolutionize the business world by displacing dominant models of problem-solving and putting perspective, care, and human experience at the centre of corporate strategy.Read on » 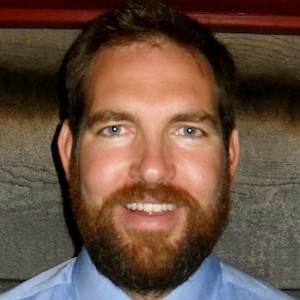