Paul’s research interests focuses on the relationship between racism and material consumption. He is interested in how consumers use material goods to secure some measure of self-determination. For instance, many African Americans often consumed model genteel goods because they understood themselves to be full Americans and did not accept the racist notion that American and Black were exclusive identities. On the other hand, mass-produced objects provide a range of possible meanings that can variously accommodate resistance, simply reproduce existing inequality, or – more commonly – do both of these things. For example, he has examined Barbie material culture to probe the historically complex meanings the doll’s producers have forged since 1959: at various moments and in particular consumers’ hands, Barbies have been quite visionary, politically indecisive, or utterly reactionary.

Paul also writes about doughnuts in American history, trans-Atlantic material culture, and Finnish ruins. He blogs about his work on his website, Archaeology and Material Culture, and on the Society for Historical Archaeology’s President’s Corner.

Pets profoundly shape our own household materiality.The "catification" of our homes underscores how cats shape how we see our own material space, the spectacle of unpredictable motion, and the sheer fun of having an animal companion.Read on »

Roadside memorials for traffic accident deaths are more important than graves to the bereaved. How public grieving is taking over NYC.Read on »

Hipsters: meaningless "cool" or meaningful culture? Exploring the hipster mindset in a sympathetic fashion.Read on »

Some people say that air guitar can bring world peace. Others claim it is embarrassing. What's the social purpose of this fine, yet imaginary, art?Read on »

Never has there been a more glorious moment to be a geek: once caricatured as socially awkward outsiders, geeks are now at the leading edge of style.Read on » 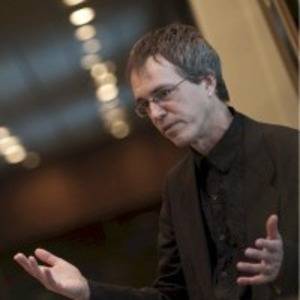