Mauro grew up playing basketball and also played in punk/hard-core bands during his teenage years. He decided to study economics (and still wonders why), receiving a degree from the University of Evora, Portugal, in 2004. During 2003 and 2004 he was an Erasmus student in Nantes, France.

Mauro moved to Copenhagen, Denmark, in 2005 and joined the English-speaking group at Amnesty International, becoming a volunteer coordinator. In 2007, he began to work at a foreign exchange corporation and to study for a master's degree in economics at the University of Copenhagen. In 2009, highly dissatisfied and unfulfilled with his life's path, he quit his job and dropped out of the masters. Mauro turned to anthropology and started to attend courses at the University of Copenhagen that same year.

In 2010, Mauro moved back to Portugal to undertake an MA in anthropology, majoring in human rights and social movements. His thesis, completed in 2012, is a case study in the anthropology of finance. He is an Investigador Integrado at Institute for Contemporary History (IHC), Portugal.

Human beings tell stories about things they don’t understand. Mainstream economists have made up various myths. Here's why they're wrong.Read on »

Most European languages use the word "interest" to describe the extra money we pay to clear a debt. Portuguese does not. Why do they differ, and what can this tell us about attitudes to money?Read on »

What does Portugal look like to a local who has lived overseas? Pretty weird, it seems. Bureaucracy, temperament, and traffic behaviour are among the oddities observed in this article.Read on » 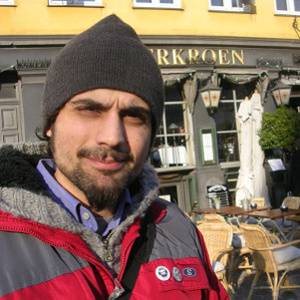