Liz is a PopAnth editor and founder. She believes that Anthropology is a form of 'knee-deep' philosophy in which the whole person becomes involved in trying to engage with and understand the world we live in.

She is a researcher at the Centre for Research in Social Anthropology (CRIA/UM) in Portugal. Originally from a literary background (French and Spanish, BA Oxford 1988), she became interested in Anthropology after living in Angola (1988-1992) where she worked for a Portuguese NGO (1990-1992). She has an MA in Rural Social Development from the University of Reading (1993) and an MA in Applied Social Anthropology from the University of Sussex (1995) where she also completed her PhD (2001) on local development, associations, NGOs and their relations with the state in Cape Verde. She has carried out research on Cape Verdean mothers’ and fathers’ student lives in Portugal since 2008, examining their institutionalized encounters with health professionals and social workers, looking at issues of power, identity and cultural awareness. She has experience in adult education for nurses and cultural mediators in intercultural competency and has published various articles, in books (Demeter Press, Carolina Academic Press, Thomson Gale) and journals (Ellipsis; Ethnic and Racial Studies; Identities; International Journal of Migration, Health and Social Care; Etnográfica; Saúde e Sociedade).

Why would anyone voluntarily deprive themselves of food and water? Elizabeth Challinor fasted for a day during Ramadan to support a Muslim friend and see things from the other side.Read on »

Gender has become such a mainstream word that in some contexts it has become a misplaced substitute for sex. It as if people feel that it is no longer safe or politically correct to say the word sex. So what is the difference between sex and gender?Read on »

When should we look beyond culture to explain behaviour? The abuses of culture in relation to Cape Verdean migrants in Portugal.Read on »

Bodily experiences and emotions are hard to capture in research methods that rely on models, questionnaires, and statistics. How can researchers record feelings?Read on »

There's nothing like an everyday object to shine a spotlight on human cooperation-or lack thereof. A toilet brush and a human castle materialize our expectations of other human beings.Read on » 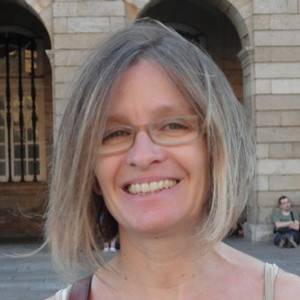