As a child visiting American public libraries, I had a vague idea of how it all worked. Each book had a bunch of numbers typed on the edge, and you've got to search rows of books until you come across a sudden area with books on Greek mythology, as opposed to the group on the American pioneers or the Ancient Sumerians. Religion is towards the beginning, books about penguins are in the middle, and e.e. cummings's poetry is at the end.

I never questioned it. But now that I work in a library, I've gotten a much closer look at how one American social reformer tried to classify all of human knowledge. In 1876, Melville Dewey created a decimal system for ordering books in his library. Although the list was designed over 120 years ago by one man trying to make sense of the main categories of knowledge in his society, this system is now used worldwide as the "Universal Decimal Classification" for library books.

According to his 1931 obituary, Melville Dewey was born in rural New York state, where he "split wood, pastured cows and did other chores for the pennies and nickels offered by farmers. The meagre earnings he saved, until he had enough for an unabridged dictionary, and he walked ten miles to Watertown, N.Y. to buy it."

When he graduated from university, Melville argued for the metric system of 100s and 1000s over the English measurements (twelve inches to a foot, 5280 feet to a mile). He lost this battle, though, and America remains one of the few countries in the world that still operates on the English system.

According to his obituary, Mr. Dewey also advocated reform of English spelling, to make the language simpler for native and foreign learners alike. Because of this, he changed his name from the visually-pleasing Melville to the simpler Melvil. And when he promoted tourism in New York's beautiful Lake Placid region, he also advertised a 1927 dinner menu which:

Again, he was not successful, and so students of English continue to grapple with words such as "parsley," "lettuce," and "fine view" today.

But what did catch on was Melvil's library system. Scholars and clerks have long sorted books (and mental categories of knowledge) in many ways, but Melvil wanted to design an all-encompassing "modern" system. So in 1876, he drew up his own list of all the categories and subcategories of knowledge in his world at the time. Basically, he had ten major classes, each of which had ten subclasses, including:

And each of those had ten categories, such as:

And from there, decimals mark even more finely grained subjects of knowledge, à la 312.565…

But if you read modern versions of Dewey's list, you'd soon wonder why so many numbers are marked "unassigned." Maybe Dewey wanted to leave spots open for the future. But it's more likely that it is because what passed for the major categories of knowledge in America 120 years ago no longer makes sense in any part of the world. Knowledge changes more quickly than any of us realize. And for me, this is the most interesting point of comparison: look at Dewey's list, look at the modern 22nd edition, and let's see what's changed over time.

So, at first the study of Anthropology involved:

Hmm. There's a lot of metaphysical stuff here, as well as ideas on how to sort humans that have long been discarded. So modern librarians have changed the label to highlight, well, crazy theories:

Anthropology, sadly, is relegated to a footnote within 301 Sociology & anthropology.

Theology, or the study of God, has also had some major changes. One big critique of the modern system is that it still devotes 90% of its space to Christianity, and for this reason, some Jewish and Islamic libraries chop the system apart or flip it to focus on their religions. And even in the standard American system, there are big changes in the categories of knowledge about God:

To the rather more dull:

Again, many of the early categories are no longer considered important parts of our mental map of the world.

Knowledge of the political world

And in political science, Dewey's system has moved from:

To this modern classification:

You can see the problem, though. Even as categories are changed, they're really just modifications of Dewey's original system of knowledge, which put categories like the Christian God, western Science (and occultism), and the study of Western languages far above all the other ways people might think through what we know and value in the world.

And libraries around the world still rely on "fixed" versions of Dewey's classification of knowledge, even though it's outdated by a hundred years and vast swaths of social change. How we organize knowledge says a lot about what we value in the world, and so it's important for the world's languages, religions, and cultures not to just be a footnote in the American system of knowledge.

Dewey's system is also difficult because it has to be learned; it doesn't come naturally. This is why many librarians advocate dropping the system completely. One suggests we switch to Netflix categories for American movies; another suggests user-generated tags in an electronic database.

But what could we actually replace Dewey's system with? Can we find ways of sorting books on a shelf and in a database that are more intuitive for readers, and more representative of all readers? How could we let readers and writers from all groups of people develop the categories that they find important, and what role would a librarian play in that categorization of knowledge and stories?

Knowledge changes more quickly than any of us realize 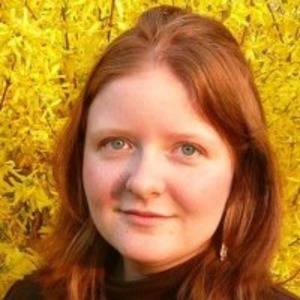 I leave these questions to you – and all of us. But there's a lot more you can explore about how humans sort knowledge. You can start with the scan of Dewey's original handbook by searching Archive.org, or catch an easily readable copy on Project Gutenberg. Compare it with general categories of the modern system at OCLC, or go browse the stacks at any local library. Read more about Melvil Dewey on Wikipedia or the NY Times. Follow the links above to some of the other systems proposed. And let me know what else you find!