Women as leaders in early Christianity

When I find myself approving of the Daily Mail, I have to pause and ask what in the world is going on.

But that is precisely where I find myself: feeling like the Daily Mail, for once, is not sensationalizing a story with its headlines on the reopening of Rome's Catacombs of Priscilla:

Do these images prove that early Christianity had FEMALE priests? they ask.

Why, thank you for asking. Yes they do.

Which means, the Daily Mail tells us, that the Vatican would regard what I am about to write as a "fairy tale." Funny: I would call it "scholarship."

The event that incited the Daily Mail, and other media, is the reopening of the Catacombs of Priscilla in Rome, which date to the third century AD, after a period of conservation. Images of the newly restored frescoes include some that have sparked the suggestions inspiring Vatican authorities to object to "fairy tales" about women playing leading roles in religion in early Christian communities.

This is an elaboration that has no foundation in reality.

One of the images at the center of the controversy shows a frontal female figure, wearing a stole, today understood as a vestment of priests, covering her head, with her hands raised up in a stereotypical pose invoking blessing.

A second image has been described as women celebrating the religious feast of the eucharist–the predecessor to the modern Mass. Vatican representatives insist that the frontal woman is simply praying, and that the meal shared by the women in the other scene is merely a funeral banquet, not the eucharist.

Interpreting ancient images is, in fact, difficult. What has to happen is a careful process of first documenting what is actually represented (the frontal figure wearing a long garment with another textile draped over the head, with hands raised up); then identifying what those visual elements might have indicated for a viewer at the time (the stole as a possible sign of religious authority, the posture as one of prayer and sacralization, and of course, what tells us that this figure was a woman).

But we cannot stop there–because then we end up where the Vatican does: asserting an interpretation by authority alone. It is a woman, yes, she is praying, yes, but she is not a "priest."

How do we secure the meaning of an image like this? Generations of scholars, in a wide range of fields, have adopted similar strategies. You need to look at the image in relation to other similar images. If male figures with the same features are called "priests," then you need to justify why, simply due to gender, you won't extend that identification to identically posed figures that are female.

As the news reports note, the present-day Vatican has modern stakes in arguing that men in the early church were priests, and women were not; this in fact underpins the resistance to ordaining women today. One way to compensate for anachronistic assumptions that might influence interpretation is to look at the broader historical context.

We can ask: were women religious leaders at the time? Christianity grew out of Jewish practice, so one place to start is with that practice.

Bernadette Brooten, a professor at Brandeis University, published a book (based on her doctoral dissertation) in 1982 demonstrating that there were women who carried out leadership roles in Roman and Byzantine Judaism from nineteen Latin and Greek texts that used titles such as "elder," "leader," "head of the synagogue" and (my favorite) "mother of the synagogue," as well as "priestess."

An article published in 2000 covers the main arguments. In the abstract for that paper, Brooten writes,

Jewish women in the ancient Mediterranean lived side by side with communities in which women carried out religious functions, including ritual functions, for example as high priestesses of the imperial cult and female functionaries in the Isis religion. Similarly, Christian women at this time acted as apostles, prophets, teachers, stewards, deacons, church widows, elders and bishops.

Fundamentally, Brooten is reminding us that at the time of the development of early Christianity, women across a wide spectrum of religions were involved as practitioners. It would actually be odd if early Christian women were not involved in leading religious observances.

Serious study of this topic is not something new; one of the key sources, T. B. Allworthy's Women in the Apostolic Church: A Critical Study of the Evidence in the New Testament for the Prominence of Women in Early Christianity was published in 1917. It is that tradition of scholarship that led to the long list of roles women held in early Christianity–" apostles, prophets, teachers, stewards, deacons, church widows, elders and bishops" –cited by Brooten.

But not "priest." Ordination, most of these scholars argue, was reserved for males. As some sources note, while the gift of the Holy Spirit came to men and women, only men were selected as the original Apostles. And that, it would seem, is that.

As a historical scholar, this seems to me like nonsense. So Ute Eisen suggested (somewhat more gently) in 2000, in her book Women Officeholders in Early Christianity. She summarized (on page 9) the standard scholarly approach as having three steps: acknowledging that women did have significant roles in the early church, but characterizing those roles as "assisting" others; asserting that because there were no women among the twelve Apostles, women did not serve as leaders "and exercised sacramental functions only in exceptional cases" ; and arguing that identifiable named offices held by women were different than the corresponding offices held by men.

Eisen cites other scholars, questioning "whether it is possible to deduce… any definite and unambiguous conclusions with regard to an ordinary, simple leader of the community and president of the eucharistic celebration in a particular congregation of a later period" from the biblical call to the original twelve male apostles. She notes that

the concept of "priest"… remains quite unclear and is projected… into the early period of Christianity, when in fact we cannot speak of a Christian "priestly office" in the sense of later developments.

To put it another way: what was "priesthood" before it was institutionalized in the way it is recognized today? If the actions men and women carried out overlapped so strongly in the early Church, is it defensible to anachronistically project back in time rigid definitions that came later?

Eisen considers at length (on pages 119-120) the key arguments of Epiphanius, a church leader near the end of the fourth century AD who argued vigorously against women's ordination as priests. To do so, he had to argue that women who had been called presbytides–priests–were not really regarded the same as men with that title.

Eisen notes that Epiphanius is arguing against the understanding these women had of their own role, and the opinion of other members of the Christian community who "acknowledged women as bishops and presbyters and either practiced their ordination to those offices or at least favored it."

This historical context allows us to return to the images in the Catacombs of Priscilla and say with little doubt that the women shown here were engaged in the same kinds of activities as men leading religious performances at the time–during the third century AD, before Epiphanius and others defined their leadership out of existence.

So where can we find earlier sources to understand women's roles in the early Christian church? Ann Nyland, a scholar of ancient Greek texts, published an article in the journal Priscilla Papers in 2003 that provides some new light on the subject by using papyri as sources.

She begins with the figure of Phoebe, referred to as the minister for the city of Cenchreae in Paul's Epistle to the Romans, written in the first century AD:

Phoebe is not just a minister, she is a prostates, "presiding officer," " leader and protector." The term prostates referred to a person of the front-rank, the chief of a body of people; in general, a ruler, someone who stands in front of the people and protects them.

While the title and role Phoebe held was later redefined as something less, Nyland shows that this later redefinition should not be taken as describing her actual role.

Nyland concludes her scholarly yet accessible paper with words I can only echo:

In the Greek of the New Testament, women are shown to be church leaders, teachers, elders, and deacons. Evidence from the papyri and inscriptions reveals women in these positions at the time of the New Testament and in successive centuries. Yet today, a large faction of Christianity does not permit women to be ministers, and of the Christians that do, most do not permit women to be head ministers. Churches quote what they believe to be God's Word to support their arguments against women in church leadership. Here is the matter in a nutshell: their arguments are based on a lack of understanding of Greek word meaning according to the findings in the papyri and inscriptions of the last hundred years.

So, no, the arguments about the images in the Catacombs of Priscilla are not based on fairy tales.

They are based on scholarship–scholarship that acknowledges historical change, seeks broader contexts, and does not begin with the conclusions that would support a modern ideology.

This article was originally published in Ancient Bodies, Ancient Lives, on November 21, 2013. The author thanks Brian Joyce for help with research materials.

The present-day Vatican has modern stakes in arguing that men in the early church were priests, and women were not 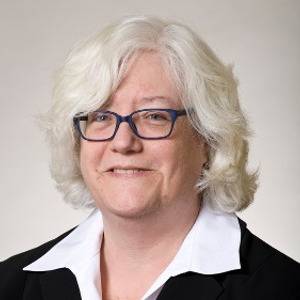 Rosemary Joyce is a professor of anthropology at UC Berkeley and an archaeologist who has conducted fieldwork in Honduras since 1977. She would like to be known for changing fixed ideas about sex and gender, but is resigned to being known for her work on the early history of chocolate.

Women as leaders in early Christianity