Why "youth" is an outdated myth

The second half of the 20th century was characterized by an unprecedented triumph of popular culture over Old World elitism. The emergence and the subsequent development of the "Boomers" had a profound, unprecedented impact on the values, attitudes, and beliefs not only of the Boomers themselves but of the entire culture which surrounded them—the life cycle of this particular generation, as it swept through each decade like a great tsunami, at each and every stage distorting and shape-shifting all of Western culture.

The really profound impact came in the early '60s when the Boomers began to enter their adolescent years. It was not only their sheer numbers but the fact that a great many of these "teenagers" had spending power. This combination of demographics and economics was too tempting to resist, and those companies which wanted to sell anything from soft drinks to pop music, fashion to automobiles, cinema tickets to make-up, record players to magazines adjusted their product and its marketing and advertising to appeal to the tastes, desires and dreams of that huge new target market, the teenage Baby Boomers.

Thus it came to pass not only that "youth culture" became a recognized, established phenomenon but, more broadly, that all of Western culture underwent a process of what might be termed "youthification." In 1947 (as throughout its entire previous history) fashion such as that offered up by Dior in Paris took absolutely no interest in the dress style of adolescent girls (who, naturally, followed the lead of their mothers).

By the early 1960s, however, in part a result of old, too-long-established Paris's inability to get down with the kids, the capital of world fashion shifted to Swinging London where a new breed of younger designers like Mary Quant used adolescently thin (rather than middle-aged curvaceous) models like Twiggy (born 1949) to show off clothes which looked good on teens but, as far too many mothers of teenage daughters discovered the hard way, looked ridiculous on women of an age more suited to the (now completely passé) New Look.

Similar examples of "youthification" are unavoidable in late '50s and early '60s cinema, popular music, television, food, packaging, object design, typography, even architecture and art. And, above all else, in worldview: with, in less than a decade, Western culture throwing traditional notions of the value and wisdom of maturity out the window and embracing instead the bright, shiny spark of youthful exuberance. This was particularly appropriate in America, an adolescent country propelled center stage—shoving Old Europe aside—by recent history.

So, now that the boomers are retiring, has the obsession with youth come to an end?

Not quite. Even while in many Western countries the number of actual teenagers is dwindling rapidly and may soon become just a trickle, the myth that "youth culture" is still the driving force of our world remains broadly unchallenged.

For just as we Boomers contrive to convince at least ourselves that, whatever our age, we're still teenagers in spirit (for we are indeed the first generation in the history of the world that never grew up) so too those in marketing, advertising, product development, and cultural theorizing carry on with a model from the '60s, which presumes that youth culture and only youth culture is where whatever's happening is happening.

Not once, in my memory, has the question been seriously raised as to whether at some point it might make sense to recalibrate the fashion/style system so that it is once again catering to the needs of adults rather than teenagers. After all: while the '60s saw swelling, bulging numbers of teens, we are now in a demographic situation where, compared to the number of adults, adolescents are an increasingly insignificant target market in many Western countries. (Also in Japan while, interestingly, many "emerging" countries like India have huge numbers of teens and young adults compared to the older, adult population.)

Again, the same point could be made with regard to any and all facets of our culture—from product design to cuisine, television to computer games, cinema to art. In the late '50s and early '60s, especially in America (a young country flexing its post-war biceps) or Britain (an old country enjoying the spectacle of its Old Guard finally outflanked) it would have seemed absurd and irrational to question the vibrant energy and creative/demographic power of youth and its dance around the clock "youth culture."

But is this still the case today in the 21st century?

Those within the establishments of marketing, advertising, fashion, design, popular music, the media and so forth will likely give a knee-jerk dismissive response to such a question, but is it really all that wise or productive—or even logical—to presume that the creative pursuits of any civilization are best, always, placed in the hands of those who, by definition, have little if any experience of adult life to draw upon?

Interestingly, I suspect that those who would scoff the loudest at such a questioning of the intrinsic and eternal value of "youth culture" are not themselves young. From what I see and hear there is nothing which puts off and irritates today's adolescents more than when they are specifically targeted as "youth"—when products and advertisements are all too cack-handedly directed at some magic kingdom/ghetto fenced in by age.

No, here again what seems to be the case is that presumptions written in conceptual concrete during the Golden Age of Youth in the '50s and '60s, have been placed beyond doubt by Oldies who themselves cannot conceive of life defined by any parameters other than age.

The evidence of this inability to move beyond the presumed glories of youth and to grow-up litters the landscape of life at the end of the 20th century and start of the 21st. Media pundits and market researchers have identified the "Kidult" as a (if not the) decade defining figure of the Noughties: middle-aged-plus grown men and women who pounce on any and all innovations favored by the young and, like those who would steal candy from babies, make them their own. Oldies who ought to know better on skateboards, wearing back to front baseball caps, wolfing down tabs of Ecstasy, their iPods blaring the latest Grime or Lady Gaga.

And it's hard to find an ad for pensions or life assurance which doesn't feature leather-clad Boomers roaring past on Harley Davidsons or bungee jumping grannies wearing Hip Hop approved upmarket label tracksuits. In the 21st century youth culture is everywher—except perhaps amongst those who are actually not yet old enough to be Kidults (but then, as they always used to say, youth is too good to be wasted on the young).

Meanwhile, cultural theorists continue to rely on generational models which dissect the population strictly according to what year someone was born but one wonders if today's young really do see themselves and identify with classifications such as 'Gen X', 'Gen Y', 'Gen Z' (and now 'Gen A' and 'Millenials')? My hunch is that the young today see lifestyle choice as much more important than age.

And so, even as the population tilts into an unprecedented level of aging, the cry of "youth"—or "Yooof" as we say in Britain—grows ever louder. As with the significance of generation as a focus for shared identity, I suspect that the significance of "youth culture" will want to be revised–downwards–when the last of the Boomers who claim to have been at Woodstock finally passes on to the great Rock festival in the sky.

On the Facebook page of BOOM! – A baby boomer memoir, 1947-2022 we are trying to engage in an inter-generational and inter-continental discussion aimed at exploring this very question from lots of different age and geographic perspective. Feel free to join us.

We are now in a demographic situation where, compared to the number of adults, adolescents are an increasingly insignificant target market. 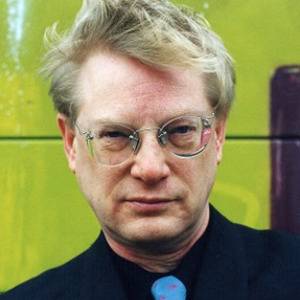 Style commentator extraordinaire. Ted's latest book, "BOOM! A Baby Boomer Memoir, 1947-2022," spotlights the key films, TV, fiction, fashion, streetstyle, and music of the late 20th and early 21st centuries to show how the simple demographic blip of the post-war baby boom has and still is shaping our culture in the broadest sense.

Why "youth" is an outdated myth