Why your trash is an archaeologist's treasure

The charity shop manager surveyed two shelves of diminutive china objects, a miniature menagerie clustered among a crowd of small-scale porcelain figurines. "You know,"  she sighed, "I've worked here for sixteen years, and I still don't understand why people buy those things!"

Called "Charity Shops"  in the UK, "Thrift Stores"  in North America, "Op Shops"  in Australia  ("Op"  short for opportunity), these treasure houses occupy, for a while, premises that are down on their luck, shops on unpopular corners, shops between leases that have become battered by neglect. Their window dressing ranges from non-existent through chaotic to semi-professional.

To someone exploring material culture, these museums of the just-past can be fertile hunting grounds, not for bargains but for knowledge and perhaps insight.

Among the racks of clothing, the shelves of battered books, the heaps of defunct cameras, the piles of plastic toys, I almost always find a gathering of mass-produced miniature things from the last few decades. They may range from a handful of tired ceramic angels to whole menageries of bizarre porcelain animals. Wrinkled but always cheerful miniature elderly people vie with pink babies for our attention and a little of our spare change. Hamlets of tiny pottery cottages are scattered beside figurines of drunken pigs and cavorting teddy bears.

The local charity shop attracts whatever random objects anonymous people at a particular moment no longer want. As such it is a rich source of contemporary and near-contemporary material culture. In it, one can find "everyday"  objects, most of which were once owned by "ordinary"  people.

For me, charity shops are archaeological sites. Just like archaeological contexts, they contain abandoned, unwanted, forgotten, "recycled" and discarded objects from the recent past. They are places where humans have deposited stuff they no longer value.

Their reasons for abandoning the huge variety of things found in charity shops are many, but some probably parallel examples found on more traditional archaeological sites–obsolescence, changes of style and fashion, death of the owner (mirrored by lack of desire on the part of inheritors), ageing (including the growing up of children and the growing old of adults), changes in taste and fashion.

They also, interestingly, contain objects that form elements of a paradox. On the one hand they are enthusiastically desired and bought by people who subsequently delight in them, displaying them on their mantelpieces and shelves.

On the other hand they are dismissed by many if not scornfully, certainly lightly, as bric-à-brac, things of no artistic or monetary value, things in poor taste. This conflict has existed since the nineteenth century, and shows no sign of disappearing.

The majority of middle and upper class commentators on interior design, etiquette and taste have always disliked bric-à-brac. Yet people have stubbornly continued to collect it.

These days, because objects can be easily researched online, one rarely finds a "treasure" in a charity shop. The most valuable objects are extracted from their black plastic sacks and disposed of centrally, or offered to dealers. Objects that are considered to be valuable are generally looked after carefully, and they don't get discarded unless they're accidentally broken. Confined to homes or the dustbin, they don't often appear in my sort of archaeological record of the recent past.

This leaves the mundane, the everyday. Unfortunately, donations that are damaged and regarded as unsellable are consigned to landfill, which removes a significant class of useful specimens from my study.

However those that are left can nevertheless be regarded as a reasonably sized sample of material from the shop's hinterland, for each charity shop acquires its stock from a limited geographical area. The local small charity with just one or two shops can be regarded as reflecting the material culture of the surrounding community.

The ubiquity of miniatures–cheap and cheerful, mostly ceramic, small-scale representations of a bewildering range of originals, real and imagined–indicates that these objects play an important role in contemporary society, just as they apparently did in earlier periods.

Through them I hope to learn something about the people who discarded them, people perhaps not normally represented in museums and galleries, as well as those who subsequently acquire them, both today and in the nineteenth century.

There is a tension here. These are objects out of time and place. They were not designed or manufactured to be standing next to each other in this random disarray. Instead of communicating whatever messages their creators intended, or those their owners subsequently ascribed to them, they are temporarily mute, uncomfortable, in limbo. They have lost their cultural value, they no longer possess any meaning, and their monetary value, for a while at least, is regarded as zero.

However unlike the elite but dead objects in museums, many, if not most, of these objects will be given new life, and they have been assigned new values, both as a welcome donation to the charity and as objects with a newly-acquired monetary and sentimental value.

Once I've persuaded the sometimes slightly suspicious staff that my intentions are honourable, I still get some odd looks from customers as I position my centimetre scale and point my camera at the knick-knacks they've just been caressing. My method is simple. I record photographically every miniature in a particular shop, then classify those objects into types such as "realistic animals," "fantasy animals," and so on.

I use income levels to define the shop's community, and compare proportions of object types in different locations. This is a work in progress: the early results look good, but my sample is yet too small to draw conclusions about these objects and the communities that embrace them.

When I've collected and analysed enough data, I'm hoping that patterns will appear. Among the racks of obsolete fashions and unloved neck-ties, charity shops may offer me a glimpse of a set of human behaviours that could suggest parallels the everyday lives of people in the recent past and perhaps facilitate my examination of the lives of people who are normally considered too "ordinary" to study.

The Victorians created the greatest changes, for good or bad, that humans had ever experienced. We live in a world created by their "Industrial Revolution," by nineteenth century politics, by Empires, surrounded by and utilising Victorian inventions too numerous to list.

The same is true today. I was at a university seminar the other day that discussed to concept of the "Second Industrial Revolution," as evidenced by the dramatic potential of 3D printing. Yet what are the first "real" products of this new revolution? Miniature figurines, model railway locomotives and dolls!

"Isn't she lovely!" the elderly lady behind the counter crooned as she carefully wrapped my latest 99p specimen, a rather gaudy, scantily-dressed fairy, in a sheet of newspaper. She seemed reluctant to hand over the treasure. "Oh I do like her!" The allure of the miniature shone in her eyes.

People were desiring and acquiring objects that crudely represented other realities 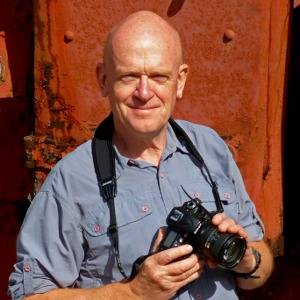 Ralph is a second year PhD student at MIRIAD, the postgraduate research arm of Manchester School of Art, where he is studying the phenomenon of miniaturisation and the roles mass-produced miniatures have played, and still play, in the everyday lives of people from the beginning of the Industrial Revolution.

Why your trash is an archaeologist's treasure

More about archaeology and material culture