In a reflection of its transcultural history, the national anthem of Trinidad and Tobago contains many positive sentiments including the line "[e]very creed and race will find an equal place;" while the national coat of arms displays the phrase: "together we aspire, together we achieve."

Positive sentiments aside, most recognise that life in Trinidad is not so simple. Not every class has equal political, economic and social power, or access to it. Why is that? One basic reason is historical.

Trinidad is part of a twin island Republic in the Caribbean called Trinidad and Tobago. As a legacy of the global processes surrounding colonialism and then capitalism Trinidad in particular became home to many transplanted populations. Slavery, indentureship and latterly oil/natural gas revenues produced an island whose population traces its roots and cultures to Africa, Europe, Asia, the Americas, and the Middle East.

Power in local society is related to the historical realities of transplanted populations and the racial and ethnic hierarchy of colonialism those diverse populations encountered on arrival in the 18th, 19th and 20th centuries. The various local groups and the individuals they produced developed out of such structural relations.

A few months ago, local TV news featured a dispute over land in a part of Trinidad called Westmoorings. Much like Luke Benett's anthropological tale previously featured on PopAnth, No Rock Art Here!, this dispute over territory highlights what happens when contrasting cultural logics and worldviews clash.

Westmoorings is a middle- to upper-class suburb located a few miles north-west of the capital city of Port of Spain. It is best known for its upscale housing and expatriate community. The area is a mix of gated communities, large houses, smaller apartments, and a few condo towers. There is also a large mall, a few private schools, and offshore moorings for boats.

The dispute concerned a group of footballers — both residents and non-residents — who have been playing small-goal football there since 1987 and more recent arrivals to the area that re-constituted a dormant resident's association which, had previously lived well with the footballers.

"Small-goal football" is a local form of football (soccer) where the goals are about three feet tall by four feet wide. In Trinidad small-goal football is a popular past time and around the country many people — mainly men but sometimes women too — can be found playing small-goal in parks, the street, their backyard, the beach, on the savannah, and anywhere else you can make some goals.

According to the TV news report and what was carried in the local newspaper the dispute between residents and footballers was this: Members of a re-constituted resident's association asserted ownership over the land and hence demanded a fee for the footballers to use it and also develop it as per their plans. The footballers said that it was impossible because the land was actually state land that they toiled over to bring back to life, and as state land the association could not charge them to use what belongs to everyone.

From here the dispute escalated. Without forewarning, the residents' association brought in heavy machines to excavate the land. The footballers contested this with land survey documents from 1991 showing the land to be State land that they waved in the face of those driving the diggers. The residents' association representative present ignored the footballers' pleas. The association also refused to produce their own documents to support their claim that the land belonged to them.

At this point, the Diego Martin Regional Corporation — the local planning authority in charge of Westmoorings — was contacted. They listened and told both sides to desist from doing anything to the land until the proper ownership could be confirmed. The footballers agreed only to discover soon after that members of the residents association had ignored the request and restarted their diggers.

With the diggers restarted the first job was to destroy the football pitch and make it unplayable. At this point, the police got involved. On arrival they met a local councillor for the area instructing the diggers who announced he had the authority do to whatever he pleased with the land. Of course, this only served to further inflame the situation and both the footballers and members of the association found themselves in the local police station.

Reading the dispute as an cultural artefact with social history, these events can tell us about power, class and privilege in modern day Trinidad.

Another way to describe the dispute is to say that certain groups in Trinidad and Tobago have had cumulative advantages over other groups that have often suffered cumulative disadvantages.

So, for example, it is fairly well agreed locally that an area like Laventille — a well-known economically deprive, black working-class suburb of Port of Spain — was not developed with the same investment and care as an area like Woodbrook. It is much more than race that determined this. Class has always been the central definer of social, economic and political power in Trinidad.

What has this got to do with a "land grab" in Westmoorings? Well let's take it in two parts. Research suggests that one of the positive outcomes of small-goal football across Trinidad and Tobago is that the "automatic solidarity" of football and the "lime" (hanging out) that takes place around it produces — for the most part — a working, non-legislative, multicultural space. This is not to say there is a complete absence of racial, ethnic and class hierarchies on small-goal football fields — rather, it reveals that mostly — on an average day – racial and ethnic tension is subsumed and submerged by a cultural logic of group solidarity in a fully functioning multicultural football community where football-ability not race, class or ethnicity is the hierarchical ethos.

On the other side, that some people and groups in local society are the recipients of unspoken privilege and believe that the law does not apply to them as it does to their fellow citizens is a reflection of handed down colonial inequalities in the wider society. It happens in all ex-colonies. It is a negative cultural product of colonial pasts built on historical — sometimes invisible — privileges.

That some groups can ignore the requirement for legal documentation of possession of a piece of land before they claim ownership or seek rents from it reveals a cultural logic that they are not subject to the same laws and do not see others as their equal. That the logic suggest they can reach out to those in power like a councillor to also ignore the rules is a reminder of the nepotism and connections history has granted some groups over others.

This is the negative side of the multicultural island. The "playing field of life" is not level for every group, and in particular, every class. This is not to ignore the racial realities of the society, but rather to acknowledge, as CLR James once did [1], the importance of both race and class in understanding local reality with a slight emphasis on class politics over racial ones.

There is an hidden social structure to this 50-year-old Republic. It plays out every day in multiple ways. Everyone knows it when they interact with it. In this story of dispute over a sports field in Westmoorings the social structure becomes flexible for a small class-group of privileged residents who choose to ignore the law but becomes more rigid and enforcing on a cross-class group of multi-hued footballers. Who has the power? The former do not want to act within the law or play fair. The latter are playing within the law but have already lost the use of their football field.

I'm not sure which one has the right to use the land – that is still to be decided – but 50 years after Independence local historian Jeff Henry's words fit well here and remind us where the nation has arrived: "The colour of the rulers might darken; the ethnicities might change, blur or merge, but the culture of the power structure remains."

The colour of the rulers might darken; the ethnicities might change, blur or merge, but the culture of the power structure remains. Jeff Henry 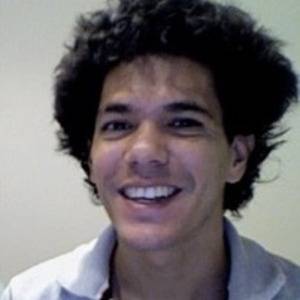 Race, carnival and violence in the West Indies

Dylan Kerrigan is an anthropologist at the University of the West Indies in Trinidad who writes regularly for the Trinidad Guardian. His doctoral thesis was a social history of race, class and culture in urban Trinidad with a specific focus on Woodbrook, carnival, and violence.