When the city is your urinal

Earlier this year, a video called The Pissing Tanker posted by The Clean Indian went viral on YouTube with over 3 million views. It shows a montage of men in India (in Mumbai) urinating on trees, on the streets, and on the walls out in public.

Then—cue the dramatic music—enter the pissing tanker. Bright yellow and hulking, this mobile water tank patrols through the cities, emblazoned with a bold don't piss in public logo and a simple message: You stop, we stop. Viewers are then treated to a montage of the tanker hosing down unsuspecting miscreants who have been literally caught with their flies down.

The huge response to this video and its rapid spread indicate that this resonated with people. Public urination is a frequent and visible occurrence in many cities across India. Certain walls become favoured on certain routes. Beleaguered property owners try to ward off the behaviour by placing tiles with divine images on the wall. Sometimes, people will just paint out a plea: "No urination here."

Sometimes these measures work, sometimes they don't. But it all points to what is a prevalent issue in urban India—men will just turn to a wall and go. Explanations as to why this is so common range from a lack of urinals to a lack of civic sense. Individuals when questioned say they do not have time to go elsewhere or that everyone does it.

But what exactly is the harm?

Health often comes up. India has significant sanitation issues, with only about 36% of the population having access to improved sanitation contributing to illness, death, economic losses, and malnutrition. But these illnesses and these deaths are entirely from fecal borne illnesses. There are almost no diseases that can be transmitted through urine; urine is sterile. In spite of arguments or perceptions otherwise, urinating in public is not a significant source of disease.

But there are other reasons that the behaviour is a problem. It smells gross. Shopkeepers who are set up next to popular spots find their business wanes as the odor waxes. The high content of ammonia and acids in urine damages paint, wears away at stone, and kills any enterprising plant life that may be trying to survive. But perhaps more important are the social ramifications for the exposure of male genitalia in public spaces.

In an article on male public restrooms in the Australia, Ruth Barcan writes that, "First and foremost, public toilets reaffirm sexual difference." So does public urination. Men are socially allowed to do it; women are not. When a man exposes himself and pisses while a woman walks by, it creates the same discomfort and power dynamics as if a woman had just walked into the men's restroom—except in this case, it's a public street.

The lines of ownership become clear: public spaces are men's spaces, and men are so powerful in these spaces that they can even engage in a vulnerable-making act like exposing their most vulnerable and male body part.

This claim on public spaces comes at a charged time for gender relations in India. Since the 2012 gang rape of the student on a bus in Delhi (sometimes just called "the rape" ), gender violence in India has gained far greater visibility on both national and international stages. Delhi, in particular, is said to be unsafe for women, with frequent street harassment, sexual assault, and other forms of gendered violence.

In this context, public urination, like street harassment and rape, is a form of asserting dominance over what should be spaces that are public for everyone.

When a man…pisses while a woman walks by, it creates the same discomfort and power dynamics as if a woman had just walked into the men's restroom. 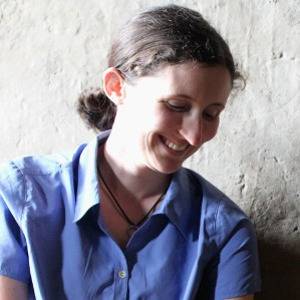 Jen is a dual degree student at Emory University, earning her Masters in global health and her PhD in medical anthropology. Her research focuses on sanitation policy in India.

When the city is your urinal

Is female to male as nature is to culture? by Sherry B. Ortner (1974, in Woman, Culture and Society, Stanford University Press).