When "being a local" is different to "belonging"

I get into a taxi and look over at the driver. He is a Han Chinese man, around 45 years old, slightly overweight, wearing dark sunglasses and has a cigarette dangling from his mouth. I tell him the destination; he nods and congratulates my standard Mandarin pronunciation.[1]

I thank him and as we pull out; he obligingly starts the meter in a no-fuss kind of way. I have had many such trivial experiences in cabs around China, but what makes this particular interaction unique is context.

I am in a region called Xinjiang on China's western frontier. We are driving through the capital Urumqi, or Wulumuqi depending on whether you speak Uyghur or Chinese. There are two major ethnic nationalities in Xinjiang, the Turkic Uyghur and the Han Chinese. The Hans, like my driver, are the stereotypical face of China.[2]

In stark contrast, the Uyghur ethnic group present a challenge to the general perception of a homogeneous Chinese population. Pronounced "wee-gur," the Turkic people speak a guttural Turkic-Altaic language with an Arabic-based script. The Uyghur community vary considerably in appearance, however some have surprisingly light skin and western features.

Were it not for the jauntily placed 'doppa' hats on their heads, I could have easily mistaken several men with green eyes and red hair for burly Irishmen.

The Uyghur are considered a minority group of the Chinese nation as a whole. Within Xinjiang however, they are the largest ethnic group both historically and currently.[3] Despite a strong undercurrent of Uyghur nationalism, Xinjiang has been a target of gradual incorporation into the modern Chinese nation-state since the late Qing Dynasty (1644-1911 ).[4]

Ethnic tension between the Han and Uyghur remains a significant problem and frequently results in violent outbursts. In March this year reports of unrest in southern Xinjiang left 4 dead and 8 casualties, and as recently as June 26, thirty-five people were reported dead in a small town when violence erupted. In response, Beijing has once again resorted to a military crackdown.[5]

Xinjiang's geopolitical position and rich oil reserves have attracted increasing government investment in the region, and contributed to its image as the new "promised land." As a target of the central government's "Great Western Development" campaign Xinjiang has seen large-scale Han migration to the region.

Everyone is talking about the rising economy; even my taxi drivers' flag fall fare has recently increased to 10 RMB, just behind China's two major cities Shanghai and Beijing (14 and 13 RMB respectively). The influx of Han from the east has stirred up a number of cultural, political and economic concerns amongst the Uyghur community. With limited Mandarin proficiency many Uyghur lack the fundamental language skills necessary for a competitive edge in the job market.

Out of curiosity I put a loaded question to my driver, asking where he is from.[6] I want to know if he, as a Han, is part of the trend migrating west for employment, or more interestingly if he would identify himself as being from Xinjiang. Mandarin has a specific way of identifying oneself as a resident of a city or country.

"Ni shi bendi ren ma? Xinjiang ren?" Without quite meaning to, I ask the driver consecutively if he is both a local and a person from Xinjiang. Pause. It appears that these two notions of belonging are in conflict with one another. Confirming that he is indeed a local bendi ren, he was born in Urumqi and grew up here, my driver tangents into a back-story of his Hubei province ancestry, carefully sidestepping the Xinjiang label.

While it is not uncommon for second-generation migrants to retain an affiliation with their heritage origin, this reluctance to identify as a Xinjiang ren is indicative of underlying issues of ethnic fragmentation. The difference between these two ostensibly synonymous terms of belonging has more to do with ethnic association than physical location.

"I am a Han Chinese," continues my driver, "Xinjiang ren are generally ethnic minorities, Uyghurs or Kazakhs…" Because of their profound difference in appearance, accented Mandarin language, cultural and religious distinctions, when Uyghur travel to other parts of China they are often recognised as Xinjiang ren. Much the same as when westerners travel in China they will be recognised as waiguo ren,[7] foreigners.

These labels can represent simple harmless curiosity or more sinister derogatory attitudes of those uttering the phrase. However they are interpreted these markers are indicative of otherness, something of which my driver remains acutely aware.

In an environment where inter-ethnic relations are tense at best, common examples like these shed light on the extent to which ethnic rifts affect people's sense of belonging.

So long as the phrase Xinjiang ren is stigmatised with negative connotations associated with ethnic status, social division between Hans and Uyghur in the region will remain.

I ask the driver consecutively if he is both a local and a person from Xinjiang. Pause. It appears that these two notions of belonging are in conflict with one another. 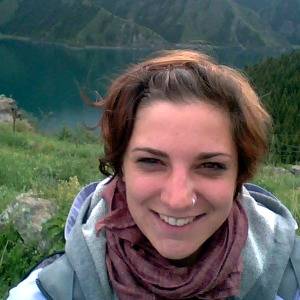 When "being a local" is different to "belonging"

[1] Being enthusiastically praised for mastering even the most basic of survival phrases is a common experience for many students, travellers and expats in China who have some language behind them.
[2] Han Chinese are the dominant ethnic group in Mainland China and make up 90% of the general population.
[3] In 1949 the Han made up 7% of Xinjiang's population, while the Uyghur constituted 75%. 50 years later in 2002, those figures stand at 41% and 47% respectively.
[4] After establishing two independent governments, the East Turkistan Republic (1933-34) and the Republic of East Turkistan (1945-49), the region was 'peacefully liberated' by the People's Republic of China in 1949.
[5] The strong military presence in Xinjiang is justified by the Central Government as necessary action against the assertion of Uyghur terrorism against the Chinese nation.
[6] The author recognises that asking someone where they are from is never a straightforward question, and can sometimes cause significant offense if the person in question perceives himself or herself to be a local.
[7] A more colloquial term is laowai.