What's in an aroma? Languages with odour vocabularies

You must learn to heed your senses. Humans use but a tiny percentage of theirs. They barely look, they rarely listen, they never smell, and they think that they can only experience feelings through their skin. But they talk, oh, do they talk.

Anthropologists have long debated whether the ways in which we talk affect what we see, hear or feel. Now attention is shifting to smell.

In Romeo and Juliet, Shakespeare's heroine asks, "What's in a name?" She protests, "The thing we call a rose would smell just as sweet if we called it by any other name." She seems to argue that what we call a thing does not fundamentally alter its nature.

Juliet's choice of aroma to demonstrate the immutability of sense experiences is odd, to say the least. Charles Darwin, in The Descent of Man, wrote that olfaction was "of extremely slight service" ; philosopher Immanuel Kant, that it was the "most dispensable" of our senses. From Condillac to Steven Pinker, Western thinkers have argued that aroma offers humans little of value, that the sense of smell is vestigial, rudimentary, and under-developed.

New linguistic research emerging on a cluster of Southeast Asian languages, however, suggests that our inability to smell with precision might be a cultural problem, not an invariant limit of human nature. Our language may undermine (or support) our ability to perceive some sensory experiences. When it comes to how language affects perception, the nose may know… but only if it has the language to pin down what it perceives.

How well do we smell?

In most mammals, olfaction is dominant. Smell uses a large portion of their brains, and aroma receptors are encoded by the largest family of genes. One significant neurological evolutionary change in the rise of primates has been the growing dominance of vision for millions of years. This evolutionary trajectory has left the human genome littered with now-defunct "pseudogenes" for olfactory receptors: of 853 genes for olfactory receptors, 466 are non-functioning in humans.

In spite of our evolutionary history, we are still acutely sensitive to some aromas. We can detect ethyl mercaptan, the noxious chemical added to propane to alert us to leaks, at concentrations as low as 1 part per billion (ppb), perhaps even as low as .2 ppb. That's equivalent to three drops in an Olympic-sized swimming pool.

Japanese researchers in sanitation science (where aroma really matters) have found that we may be able to detect isoamyl mercaptan, also a sulphur-smelling compound, at concentrations as low as .77 parts per trillion. This threshold is far lower than our ability to perceive light or our sensitivity to sound.

In experiments, human olfaction can be very acute: mothers can identify their babies by smell; breast-feeding six-days-olds recognize their mothers by aroma; and in one study, subjects managed to pick out, by scent alone, their own dirty t-shirt from among a hundred others. The human sense of smell is so acute that it can detect some contaminants at concentrations lower than modern measuring equipment, for example, in recycled water bottles.

The irony, however, is that, with all this sensitivity for detection, most psychological research finds that we often struggle to identify smells. If you don't believe it, psychologists Yeshurun and Sobel recommend that you pull jars out of the refrigerator and see how well you can identify foods blindfolded. Sobel found that even a person who ate peanut butter every day, for instance, could not identify it by smell.

In laboratory tests of aroma identification, typical psychology subjects flounder badly: they're about 50% accurate with everyday aromas. Performing this poorly with any other sense would be considered a sign of possible brain injury.

Anthropologists report that many non-Western cultures devote much greater attention to aroma than Europeans or North Americans. Aslian, a group of Austraoasiatic languages, provides several cases of languages with basic words for smells.

According to researchers Ewilina Wnuk and Asifa Majid, Maniq, a language spoken by a few hundred people in the Banthad Mountains in southern Thailand, has fifteen distinctive terms to describe smells. Only one of these words can be applied to non-smells, and none of which designates a source (like "banana-scented" or "coffee aroma" ). Likewise, the Jahai language, spoken by a nomadic group on the Malay Peninsula, also has a sophisticated, abstract vocabulary for aroma.

For example, one Maniq scent term is linked to a range of references: wild yam, mushrooms, water, mud, cooking muddy tubers, dirty clothes, rotting bamboo, soil, two types of beans, sweat, urine, and old shelter. The term, however, was not derived from the name of any of these objects.

More importantly, when Majid and Burnhelt tested a number of Jahai speakers using the standardized Brief Smell Identification Test (B-SIT), a kind of scratch-and-sniff sampler of twelve smells — cinnamon, turpentine, lemon, smoke, chocolate, rose, paint thinner, banana, pineapple, gasoline, soap, and onion — they were incredibly accurate, even when the Jahai had never encountered the aroma before. As the researchers write:

The researchers argue that these are "basic" aroma terms in the same sense that we talk about "basic" colours: one-word descriptors, shared by almost everyone in the group, that do not refer to the source, and are used for a variety of objects.

These speakers of olfactory-rich languages point to a bigger problem: the "WEIRD" subject problem. As researchers Joseph Henrich, Stephen Heine, and Ara Norenzayan have pointed out, too much of our psychological research tries to understand a universal "human nature" by examining almost entirely subjects who are Western, Educated, Industrialized, Rich and Democratic. We may underestimate how truly odd these WEIRD people are.

Speakers of Jahai and Maniq, like wine tasters and perfumers, make vividly apparent how much the human sense of smell can be refined. A community with an aroma vocabulary engages in a range of behaviors, such as talking about aroma, calling attention to scents, and focusing their attention on olfaction that, reinforced with a specialized vocabulary, leads its members to develop a sophisticated, highly-trained sensory system for smelling.

Juliet was wrong. Having a name for an aroma does change how things smell to us. It may not make the aroma of a rose any sweeter, but it can certainly make it — or the rotting tuber or the stench that might attract tigers — much more precise and specific in our experience.

Speakers of Jahai and Maniq, like wine tasters and perfumers, make vividly apparent how much the human sense of smell can be refined. 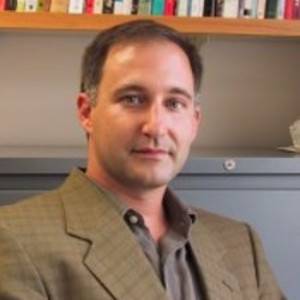 Greg is a veteran cultural anthropologist, with fieldwork experience in Brazil, the US, Australia and the Pacific. He specializes in the study of sports and skill acquisition, and seeks to promote neuroanthropology, the combination of cultural and brain studies.

What's in an aroma? Languages with odour vocabularies

A longer version of this piece, Giving names to aromas in Aslian languages, is available at PLOS Neuroanthropology, as is an interview with Prof. Asifa Masjid about her research on languages with vocabularies for aromas.

On the "WEIRD" critique of psychology, there is a nice piece by Ethan Watters, author of Crazy Like Us, called "We Aren't the World" , Pacific Standard, 25 February 2013.