The answer is people

Food scarcity and food waste rank among our most pressing global challenges. Surprisingly few nations, however, have taken regulatory steps to address them. Recent political debates in the United States suggest that this might be changing, though likely not radically enough.

Earlier this year, U.S. officials, food and agriculture industry leaders, and other members of the United States Department of Agriculture (USDA) convened to discuss a national strategy for reducing waste. In September 2015, the USDA announced the impending launch of a food waste reduction program.

Essentially, the program relies on a behavioural model of intervention: Educate consumers about the amount of food wasted each year, make them aware of how certain foods are safe to eat past expiration dates, and introduce punitive measures should they dispose of food waste improperly. (See, for instance, recent policy in the city of Seattle issuing fines to residents who violate municipal composting programs).

Shortcomings associated with this approach abound, such as burdening individuals instead of industry and looking downstream for solutions. However, more broadly, it is the very definition of the problem, wrongly identified as one of "food waste," that warrants most concern.

Allow me to be more direct. As I suggest in my book The Unending Hunger: Tracing Women and Food Insecurity Across Borders (University of California Press, 2015), the problem at hand is much more about who loses from current food distribution channels in our globalised food system and the innumerable ironies embedded within it. My research subjects are women from Mexico and Central America who have no other option but to migrate to the United States in search of work when faced with chronic food insecurity.

Indeed, food scarcity and food waste represent two paradoxical sides of the same coin. The United Nations has estimated that more than 1 billion people go hungry every day. Meanwhile, almost as many could be categorized as "obese."

The unrelenting hunger and food insecurity crises that have plagued the United States and much of the world for decades represent one consequence of industrial agriculture being exported to all corners of the world, uneven trade relationships allowing for the flooding of local markets with imported foods, and the privatization of everything from land and water to seed.

Economists might refer to threats to human life itself imposed by our global food system as "externalities," distinct from excess nutrients that may open new markets. Food waste is profitable: it is churned through trash compactors and dumped at landfills, or shuttled to industrial compost facilities.

As an anthropologist, I am much less concerned with "food waste" as an ecological or economic issue, and much more aware of its broader, deeper meanings and the more immediate impacts on global human health. We must come to grips with the sick state of our global food system as everyday crises of hunger and food insecurity pervade the lives of the global poor.

Food insecurity is a leading cause of human displacement, which as of late has reached epic proportions on a global scale. In the case of the women in my fieldwork, food insecurity shapes their lives both prior to and after arriving to the United States.

Adding insult to injury, these women are then excluded from the means necessary to sustain their lives and families. Immigration policy in the United States, including the criminalization of so-called illegal immigrants, denies these women basic rights and entitlements such as food assistance and health care, as well as access to education and the labour market.

The thinking that guides these policies is also the thinking that frames these populations as "waste" but does so without acknowledging how structural adjustment programs and trade agreements transforms populations into surplus and necessitates their movement across borders in the first place.

Returning to where I began, the usefulness of a national food waste reduction strategy in the United States is indisputable as the links to ecological destruction and climate change are more than clear: 133 billion pounds of food waste accumulate at landfills annually, and landfills are the third largest contributor of methane (a highly potent greenhouse gas) to the atmosphere.

Yet I find that this approach distracts from the populations we've collectively tossed aside in favour of our own gain and gluttony. Moreover, it also elides how food waste itself is less a problem of individual behaviour and more a consequence of political economic arrangements that prioritize increasing consumption – vis-á-vis larger packaging, serving sizes, "supersizing," etc.—and thus corporate profits.

Let us not forget who controls the bulk of policy-making within the USDA: agribusiness (read: corporations that control food production, processing, distribution, and waste). As long as private interests steer policy, approaches to handling food waste will only be as radical as industry allows.

The same could be said for policies for dealing with food insecurity; as long as food distribution is shaped by profit-making motives, food will maintain its status as a commodity and remain out of reach for many.

We must come to grips with the sick state of our global food system as everyday crises of hunger and food insecurity pervade the lives of the global poor. 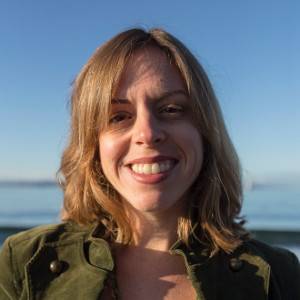 Megan Carney is a medical and sociocultural anthropologist. Her research specializations include women's migration, food insecurity, migrant health, and immigration policy. She is the author of The Unending Hunger: Tracing Women and Food Insecurity Across Borders (UC Press 2015).

An economic history of leftovers, by Helen Veit (7 October 2015, The Atlantic)