What is so real about online anti-racism?

"… I suppose it shouldn't come as much of a surprise that social justice on Tumblr became as big of a thing as it did, it's the new way for people to look like they're doing something progressive and helpful without ever lifting a finger."

But Tumblr is an interesting place to observe social justice in action. It hosts networks of anti-racist bloggers who resist the everyday racisms they experience in their 'real' or 'physical' lives. Anti-racist bloggers communicate their anti-racist thoughts and engage with ideas that challenge or inform their individual understandings and experiences of racism.

Tumblr anti-racist bloggers share social rules within the bounds of its design, one of those social rules being that of Tumblr-identities. Most of the informants in my network were predominantly made up of, as most would call themselves, people of colour or "PoC." They state clearly their anti-racist identities and racial, ethnic, or cultural backgrounds in their "about me" sections. This type of identification is common among Tumblr "PoC" who dedicate their pages to fighting racism particularly in light of their lived experiences of racism.

As it is difficult to detect skin-colour or "non-whiteness" on Tumblr, anti-racist bloggers use Tumblr's socially defined methods of identification to position themselves in anti-racist discussions.

Sally is a first-generation American who was "born in a province called Pangasinan" (in the Philippines) and is a daughter of a Vietnam War veteran. This Tumblr-identity helps Sally to navigate and assert her understandings of racism and anti-racism.

As a researcher on Tumblr, I prodded my fellow anti-racists' radars with the commentary of two academics, Michael Omi and Howard Winant. They claim that the U.S. has dominated and humiliated each racial minority in their own unique ways:

It is my follow-up comment that seemingly prods at Sally's anti-racist sensibilities:

"If you put it this way, I guess the experience of Asians in America hasn't been nearly as bad as that of Native Americans, Black PoC and Mexicans."

"'Asian' is a monolithic term that should never be used when it comes to discussions of race in the U.S. context. It erases SEAs [South East Asians] who were colonized &, in some ways, 'exiled' from their homeland because of US colonialism/imperialism…"

Sally feels her specific South East Asian identity is overlooked. She deploys her Tumblr identity to tease apart the generalisation of "Asian" and highlight the diversity of peoples that make up the Asian region of the globe.

Other examples of this type of Tumblr-identification include Jackson, who identifies as American of Nigerian and Swedish descent and discusses his experiences of being a black "PoC" in the U.S. A group-run blog which acts as a "safe space" for "PoC" to discuss experiences of racism is run by second-generation Japanese-American, Chinese-American, and first generation Korean-Americans.

As anti-racist discussion relies heavily on non-white identities on Tumblr, the social rules encompassing Tumblr-identities are employed to replicate the physicality of PoC's "non-whiteness" offline. Thereby, Tumblr-identities rely on a system of trust; trusting that fellow Tumblr anti-racists are truthfully articulating their physical world identity on Tumblr.

While bloggers draw on their experiential knowledge by speaking through their Tumblr-identities, their insistence on a very specific set of identities present problems. Sally's concern with the generalised assumptions of "Asian" implies that we should instead seek a more specific term to identify and categorise.
"Asian," however, is a term that encompasses geographic localities such as Japan, Korea, and China.

Turning away from a categorical and explanatory term such as "Asian" inhibits the formation of collective Asian-American Tumblr identities that are made up of more specific Japanese-American, Korean-American, and Chinese-American identities. Collective Tumblr-identities form stronger and more influential voices to communicate anti-racism with on Tumblr–especially in the instance of the group-run A.A.G blog–due to the diversity of responses and broader scope of relatability.

Sally's insistence against the "Asian" term diminishes the communicative potency of these collective identities.This, we could say, is the anti-racist but nonetheless racist contradiction of Tumblr's anti-racist identity politics.

But how can Tumblr-identities help us to understand why Richie might think about Tumblr activism as inauthentic?

One of the factors influencing such a perspective is that, in the physical, we generally immediately detect racial bodies or "coloured" skin. On Tumblr, bloggers explicitly and concisely explain, categorise, and label themselves; they write themselves non-white identities that are often (but not always) self-explanatory in the physical or "real" realm. The immediate detection of racial bodies offline as compared to the textual reading of non-white identities on Tumblr leads us to believe that offline interaction is immediate and online interaction is mediated.

But we often forget that, in the physical, our social lives are mediated under a broad set of social rules. This is because we can't necessarily see the social rules that we are broadly bound by. Physical world anti-racists, for example, might privilege the voices of people of colour as they communicate their experiences of racism with their anti-racist counter-parts. Anti-racist conversation is mediated in this context by the sociality of skin colour; the social rules which guide who gets to talk about Blackness, or Asian-ness, or the particulars of "non-whiteness" in general.

Because we cannot physically see that we are bound by the social rules that lead anti-racists to privilege non-white voices in anti-racist conversation, we are tricked into thinking that physical world anti-racist activism is immediate.

But Tumblr activism and Real-World activism are both mediated. They are both authentic to the activists in question.

What is it about the virtual components of online anti-racism that leads Richie to believe Tumblr's anti-racist activists are inauthentic posers? 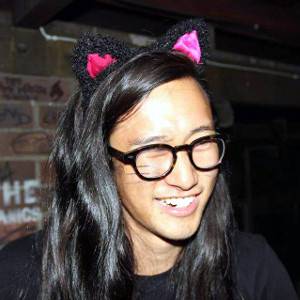 James is a recent honours graduate of anthropology at the University of Queensland. His thesis investigates the emergence of anti-racism on the blogging platform, Tumblr and is entitled “Anti-racist Imagined Communities in the Tumblr-sphere: The ‘Real’ Effects of Online Places.” He is currently working as a Research Assistant and devising his PhD plans for the near future.

What is so real about online anti-racism?

Racial Formation in the United States, by Michael Omi and Howard Winant (1986, Routledge)