Waiting for the end of the world... as we know it

Congressional reports indicate that half or more of the US population will be dead within a year from the anarchy following a major catastrophic event. That is when most of the casualties are realized, after the 'event,' when anarchy spreads with riots, gangs, starvation, and even cannibalism. The government will be over-taxed and under-manned, and will not be there to help you in the event of a wide-scale disaster.Terravivos.com, 2012

What would you do if you knew that the apocalypse was coming? Would you dispense with caution and restraint, or would you start planning for survival? A contemporary subculture of 'preppers' and survivalists has chosen the latter: its members, who seem to represent a diverse range of beliefs and political positions, try to prepare for any of a variety of scenarios in which the world might end.

In the process, survivalism in general has managed to capture America's popular imagination. While it is tempting to pigeonhole the efforts of survivalists as endeavors of the paranoid, these activities have prompted to the rise of television shows like Doomsday Preppers, a reality show that follows various survivalists and asks them to explain their convictions, and The Last Family on Earth, a game show in which family teams go head-to-head in survivalism-themed competition to win a luxury-class bunker.

While survivalism is still a fairly marginal phenomenon, these shows are just some of the more recent data that testify to a sort of zeitgeist of emergency preparedness, something that is mostly rooted in a broader social climate of non-specific fear.

As December 21, 2012 rapidly approaches, some survivalists point to a wilfully abstract interpretation of Maya archaeological material as prophecy that prefigures cataclysmic changes on a global level. Unlike Christian believers who await Rapture (usually figured as the destruction of a sinful world in favour of a separate afterlife for believers), preppers and other survivalists are invested in the idea that the apocalypse is, in fact, survivable.

Vivos, the company which will provide the prize bunker for The Last Family on Earth, represents an extreme example of abstraction, because the company elaborately hedges its bets by walking potential customers through a litany of possible disasters and their supposed effects.

These disasters range from economic collapse to 'Killer Comet' and 'Planet X.' Throughout its website, Vivos promotes a general sense of change rooted in ancient warnings. The 'evidence' that some kind of cataclysm is coming is largely limited to speculative clips from YouTube–but then, the point is not to provide actual data, but to appeal to belief and affect.

Although off-the-grid 'preppers' and companies like Vivos are perhaps the most flamboyant examples of contemporary survival culture, they are certainly not unique; the last decade has seen a marked rise in the American sales of both shelters and privately manufactured emergency rations.

The recent cultural interest in preparedness is not a new phenomenon, either. While the manifestations of threat are different, people's behaviours in response to an impending but unpredictable danger recall Cold War paranoia, Y2K-mania, and even post-9/11 national security measures.

Most importantly, sheltering in particular and survivalism in general provide a mechanism for taking an active role in one's own protection: whether you live or die in the apocalypse simply becomes a matter of choice.

...the point is not to provide actual data, but to appeal to belief and affect 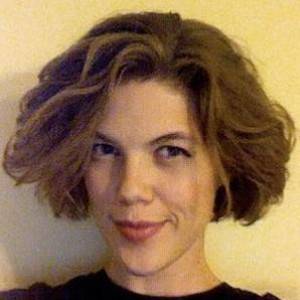 Donnelley “Dolly” Hayde she helps museums, zoos, and aquariums better understand their audiences and evaluate the outcomes of their interpretation and public offerings.

Waiting for the end of the world... as we know it

More about the end of the world