Striking at the heart of fear and desire

Vampires are a hot topic today. The folklore and fantasy of these supernatural beings varies greatly with the authors and directors who depict them. Some are able to walk in sunlight using sunscreen, while others burst into flaming crispy critters. Garlic has varying effects, and mirrors may or may not show a vampire's reflection.

Dracula has been a favorite character since his 1922 film debut in Nosferatu. More recent incarnations include Blade: Trinity in 2006, an example of how vampires in general have become quite popular, with True Blood's sexy and brooding blood-suckers and Twilight's more emotional sparkle monsters.

Despite the differences between vampires, we're in a world where they are, in general, are sexy and desired. While it is fun to compare and contrast how these creatures have been portrayed, it is important to remember that their conception is rooted in a genuine fear across Europe from the Middle Ages.

Archaeology can reveal the roots of vampirism, and the true fear of the dead returning.

In 2012, Bulgarian archaeologists discovered vampires. The evidence for this is that there was a burial of a man with an iron stake through his chest and trauma indicative of stab wounds to the heart. Since the burial dates to the 15th century, they argue that it was likely meant to prevent the individual from rising as a vampire. They argue, based on what evidence I do not know, that he was likely a medic or intellectual and would have been under suspicion.

The total number of potential vampires found in Bulgaria from this period has reached 100 cases. The current pattern shows that they are all men, likely wealthier individuals who would be suspected of evil in life, and were found with injuries indicative of being stabbed after death or were pinned down by metal stakes.

In that same year, a female skeleton recovered from Venice dating to the 16th century was found with a brick in her mouth. She was part of a larger mass grave that contained the bodies of plague victims. Stories of the time period talk of these mass burials being reopened and finding individuals within who looked fresh and who were vampires.

It is possible that this particular skeleton's lack of decomposition of the body and breakdown of the shroud was thought to be a sign of vampirism, and the brick in the mouth was a method to prevent her feeding on the living or the deceased.

The newest archaeological vampire find is a cemetery in Poland. During construction on roadways in Gliwice, a number of human remains were uncovered. Archaeologists were called in to investigate. In total, the cemetery has 17 individuals, all of which had been decapitated and had their skull placed between their hands or knees. No artifacts were found with the bodies.

The bones date from the 15-16th centuries, and the lack of artifacts in odd given that at least a shroud pin should have been found with the remains. The cemetery lies close to a known site for executions, and further archival research is being done to determine whether the gallows have any relationship to the cemetery.

At the moment, it isn't known if the removal of the skulls was the cause of death or a post-mortem change to the body. The archaeologists from the site argue that the manner of burial strongly indicates that they were placed this way to prevent them from rising as vampires or to kill an individual thought to already be a vampire.

Stories of vampires, or shroud eaters, are found in many cultures from a variety of time periods. For many centuries in Eastern Europe, fear of blood-drinking spirits was fairly widespread. By the mid-14th century, law was enacted by Serbian Emperor Stefan Dusan prohibiting exhumation and cremation of any deceased persons who were suspected of being vampires.

This must mean that the belief was already well-established by then. Some stories are based loosely around historical events, such as the killings by 15th century prince Vlad the Impaler, who was thought to revel in the execution and torture of his enemies during his takeover of the Balkans, or the 16th century Blood Countess, Elizabeth Báthory, who was rumored to have tortured and killed hundreds of Hungarian girls.

The question is not whether vampires did or did not exist. The sensationalism of 'vampires' found at archaeological sites that is spread by popular media today underscores a real fear that existed for centuries in Europe. The individuals found in Bulgaria with stakes through their chests were not vampires, but they were identified as such. Since identification of vampires required the destruction of them, we can in fact identify who people thought were vampires by the manner of their burial.

Further, our ideas about vampirism today reduce a wide range of behaviors and fears into the single category of 'vampire,' but that word doesn't have the same meaning in the past and present. We have been taught that vampires are the glamorous and sexy undead. In the past, however, they were the spirits of loved ones come back to life due to an incomplete or improper funeral. And they were feared, not desired.

Archaeological studies have been able to reveal the roots of vampirism, the effects of the fear, and the individuals so suffered these fates.

We're in a world where vampires are sexy, glittery and emotional. Archaeology can reveal the roots of vampirism, and the true fear of the dead returning. 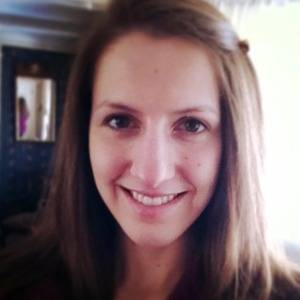 Katy is a PhD candidate in the Department of Anthropology at Michigan State University. Her research focus is on mortuary archaeology, and her current research is the examination of co-occurrence of cremation and inhumation in Anglo-Saxon England using Geographic Information Systems (GIS). Katy writes bi-weekly on her blog Bones Don't Lie.