Unmaking spirits? A case of witchcraft in Cuba

I was the victim of witchcraft at least twice during my initial sixteen-month research stay in Havana, Cuba, between 2005 and 2006. But no event was more revealing of the culture I was studying, and of my own insertion in it, than when I came face to face with an instigating spirit myself, in daytime, on a busy street, in 2009.

Revelations of witchcraft and encounters with ghosts are everyday events among people who circulate in the Afro-Cuban religious milieu. But this was no typical encounter to me.

I had been walking through a crowded commercial street towards a ritual ceremony I was to attend as a guest. A masculine voice called my name twice, loud, through the crowd, and I turned to watch a stranger walk slowly and deliberately towards me. He was a tall, middle-aged and light-skinned black man with piercing, transparent green eyes, and patchy hair, and I had never seen him before.

By the time he reached me I had a nagging feeling that I should flee. He said, provocatively, intensely (in Spanish): "Every time I see you I fall more in love with you," and stared. Once the hairs on my arms were properly standing, I turned and fled without uttering a word.

Although I had been slightly spooked — for no good reason that I knew, I should add — I quickly brushed the feeling off. But not for long.

I made two pit stops that day. The first was a fiesta de santo, a party that Cuban practitioners of the popular West-African inspired Santería religion throw to celebrate their tutelary spirits' (called orichas, or just santos) birthdays, or more specifically, the day they were initiated to one of them. During the party I chatted with Luis, a clairvoyant medium and Afro-Cuban religious expert that I was acquainted with, and told him about my experience earlier.

"He had light-coloured eyes and not much hair, right?" Luis said, tuning in, before I could provide him with the full description. "That's not a person you saw" , he continued, to my surprise. "That's a spirit. Probably one of Havana's wandering ghosts. You must have run up against him in your previous trips here, and he recognized you and was playing around" . Nothing to worry about, he assured me. The city is full of them. I left feeling puzzled but unflustered.

My second pit stop produced an explanation of a different, more worrying order, and eventually, an exorcism.

I was set to visit an experienced religious couple, Eduardo and Olga, close friends with whom I had worked regularly during my doctoral research on spirit mediumship practices. They were about to organize an upcoming violin and drum homage ceremony for Gypsy spirits, one that I had paid for and was due to participate in soon. As I sat down with them to go over some of the details of the event, Olga remarked curiously that she had seen 'someone' come in through the door with me.

"He's sitting right behind you, there on the sofa, and he's murmuring, chuckling, trying not to be seen," she said, intrigued, her brows furrowed as she looked over my shoulder. Both her and her husband then proceeded to describe the mystery fellow that had claimed his love for me. "Mulatto man, with patchy or unhealthy hair. And eyes as clear as a cat's" , Eduardo said.

But as they looked closer, through mechanisms unavailable then to my perception (even though they'd clearly been working before, that same day), they saw more. "This is bad," said Olga ominously. "This thing pretends to come with you, to be one of your spirits, but it's not. It's diabolical."

"Very strange," Olga mused; "it's like I can see inside it, to the skull and bones, as if the skin could just fall off." Eduardo confirmed this by saying that he had the impression that this spirit's appearance, its physiognomy, could just disintegrate, as if it were a mere mask.

The spirit, he concluded, or its 'look', was a disguise for what was really inside. It's not a spirit at all, they finally said — it's a composite of elements brought together by the work of witchcraft, and animated enough so that it walked and talked like a human spirit.

This mind-boggling explanation of alternative spirithood was coupled with a reading of who the culprit was — to my horror, someone I knew well — and the observation that it's message — that he was in love with me — was the sender's, not the spirit's.

What followed – a deconstruction or de-piecing, literally, of the spirit-thing, complemented by what amounted to an exorcism of sorts (on me) involving fire – got me thinking not so much about what it's like to be alive in Cuba (something I'd spent quite a lot of time thinking about, given that I'd written my doctoral thesis on concepts of person and self in Cuban "espiritismo" ), but about what it's like to be dead.

I'd been obviously wrong in my assumption that spirits were merely dead people — in fact, here was something (the witchcraft 'carcass') that looked like a human being (to the mediums' eyes, and to mine, in its more materialized version in the street), but that was actually made of 'bits' of things — living forces extracted from plants and animals, for example, a spirit 'skin' perhaps borrowed from a deceased person, as well as its maker's intentionality, put together with direction via particular ritual evocations.

Magical operations of this sort are performed by practitioners — particularly those working under the traditions of the Congo-inspired 'Palo Monte' — for a number of purposes, including to cure illness and save lives, as well as sometimes to resolve personal problems, inflict injury on enemies, or induce emotional attachments from desired persons (what the perpetrator of my witchcraft had apparently hoped for).

These experts construct ritual recipients, called Ngangas, inside of which are myriad plants, sticks, herbs, stones, metals, animal remains, and the bones of a defunct person, whose spirit is thought to help the practitioner achieve his aims. This organismic complex or assemblage, as Stephan Palmié has called it[1], is essentially more than the sum of its parts, just as my green-eyed spirit had been; indeed, the Nganga object is considered by most to be 'alive'.

But I'd also be wrong if I'd assumed that the living comprised somehow of more composed, self-enclosed, or less distributed creatures. As I quickly learned in Cuba, we are made of multiple extensions of ourselves — protective spirits that act on our behalf, thoughts that reach their objects and produce changes, bodily substances that leave traces of us behind — all of which have effects, intended or not. Spirits sent by sorcery are so tricky precisely because they may go unnoticed, unmaking the person from within, so that she no longer recognizes her legitimate distributed self.

Witchcraft is thought to work by disassembling crucial aspects of a person's social, physical, and mental health, namely, through a process premised on the efficaciousness of contact/contagion via resemblance or similarity. Sorcerers utilize 'traces', such as sweat, blood, and even earth that has been walked over, to mime the victim into existence inside a microcosmos (the Nganga) he will then manipulate.

Needless to say, in the same way that he can disassemble, he can reassemble and create coherence, health and prosperity in his client's life.

These observations call for an inspection of the kinds of understandings of self at play in the experience of magical efficacy. Broadly, we could say that in a Euro-American liberal humanist tradition self-related boundaries tend to be carved out according to predominantly 'vertical' axes — selves or souls (or souls as selves) are located in the recesses of bodies or minds, subject to ascension (or liberation) after death, or recovery through therapy.

But among some religious practitioners in Cuba the largely 'horizontalized' nature of matter-spirit relations has dividends, namely, forms of personhood borne from the fluidity, divisibility and interchangeability of matters of matter and matters of spirit.

These notions are not new. Janice Boddy observes that in many Melanesian and African societies, "bodies encompass and expel one another, corporeal substances move between them (…). Such bodies are composites, not inherently unique autonomous entities" [2]. But indeed, the same could be said of 'minds', everywhere.

The idea that cognition is an individual process occurring within individual minds has been refuted both philosophically[3], and ethnographically[4]. And if mind is a "leaky organ," as Andy Clark says, "mingling shamelessly with body and with world" [5], perhaps the same could be said of other parts of ourselves. 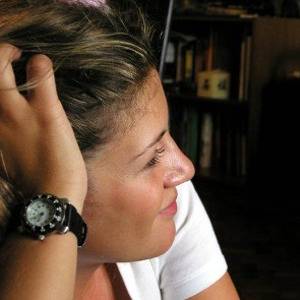 Spirits, dreams and divination in Cuba and Brazil

Diana Espirito Santo is a postdoctoral researcher at the Universidade Nova in Lisbon. She conducts research in Cuba, examining Afro-Brazilian religious and spiritist practices, spirit possession and mediation, oracles and divination, materiality and dreams.

Unmaking spirits? A case of witchcraft in Cuba

[1] Palmié, Stephan. 2006. Thinking with Ngangas: Reflections on Embodiment and the Limits of ‘Objectively Necessary Appearances’. Comparative Studies in History and Society, 48: 852-86