It's official because it's in the Financial Times, in whose pages in November 2013 I take issue with both claims, bringing an anthropological lens to bear.

For those without access behind the paywall, here's the sequence by which a Financial Times journalist, Neil Collins, comes to the remarkable conclusions summed up in the title of my post, along with a flavour of my published reaction.

Leaving aside the issue that Twitter is very vulnerable to competitors, a journalist wrote a piece that tried to justify Twitter's share price on the basis that it fosters the kind of connectivity that is the main driver for increasing prosperity across the globe. Is it? He doesn't offer any clues but a best guess is that the increase in consumer surplus created by all free internet services would add 0.23% to average annual GDP in the US—I expect it's a lot lower in developing countries.

But look! As evidence for connectivity changing everything for the better, he notes that African fishermen can check market prices and get a better deal. Do they? Anthropologist Jenna Burrell doesn't think so, and argues against the idea in a rather definitive paper. Collins also states that connectivity means better education. Does it?

Here is an account of how teachers in Africa are failed by mobile learning, with the conclusion that "there is no magic technology bullet." It's infinitely easier to regurgitate ubiquitous myths about the power of technology alone than do the hard ethnographic work of getting to the truth. It's also easier to see individuals as the locus for quick fix technology-led solutions (e.g., the discredited notion that you can give one laptop to every child and walk away), rather than wrestle with a heap of legacy political and economic issues in partnership with, or lead by the people affected.

Let's swallow the dodgy economics supported by anecdote for a moment, accept that services such as Twitter are indeed changing everything positively (and not being woven into a web of pre-existing local meanings and power dynamics, only changing them in subtle ways,[1] to turn to what the journalist feels is a logical conclusion. Effectively backing woolly self-serving initiatives such as Zuckerberg's internet.org, he says bringing connectivity to more people is superior to the malaria cure efforts championed by Bill Gates, in terms of increasing prosperity in Africa.

But what about productivity gains from a healthy population? Has the journalist evaluated the relative merits of both endeavours before he leaps to this further conclusion? No.

There's more, which moves the article from dodgy to distasteful. I quote:

"A vaccine…will not help Africa out of poverty. Indeed, in the short term it will make things worse, by accelerating the population growth which in many countries is already at or beyond the capacity of the local economy to handle."

To bolster his case for connectivity, he is stating that a malaria cure could actually be against Africa's best economic interests because it would remove a natural cap on overpopulation. What about the non-economic interests of African people? Does he think that a family won't mind losing a member to malaria as long as they are able to tweet about the incident and at the same time DM him to thank him for successfully arguing against investment in the search for a cure in favour of connectivity, no doubt refraining to ask him when they can expect the far from assured financial dividend to arrive, out of gratitude for having a signal?

There you go, the FT on why Twitter and malaria can work hand in hand to end the scourge of poverty in Africa. And my take as a digital anthropologist on why the FT is wrong on both counts.

It's infinitely easier to regurgitate ubiquitous myths about the power of technology alone than do the hard ethnographic work of getting to the truth. 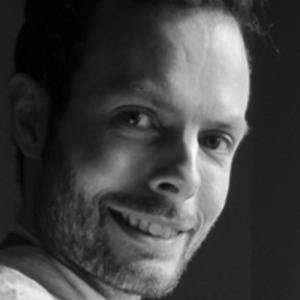 I am an ethnographer who has an MSc in digital anthropology, blogs at Digital Anthropologist and tweets as @digitalanthro. I have also run communications firm Wide PR for a number of years. Working in social research and public relations, my experience includes both feeding into the design of digital products and services that improve experiences and devising effective ways to communicate their benefits to, or build relationships with, their beneficiaries.

[1] Anthropologists have cast doubt on the autonomous power of technology to engender change (e.g., Hakken D. 2003. The Knowledge Landscapes of Cyberspace). Others have noted that far from stimulating novelty, digital technologies in many instances facilitate social reproduction, catalysing "expansive realizations" of self and culture (e.g., The Internet: An Ethnographic Approach, Daniel Miller & Don Slater (2000)). Both examples drawn from 'Ethnographic Approaches to Digital Media' by Gabriella Coleman (Annu. Rev. Anthropol. 2010. 39:487-505).

More on technology and markets