The sign said, “Change the world with us…one cup of coffee at a time. We exist to give a life of freedom and hope to oppressed, underprivileged, and impoverished children, women and men. We do this by selling coffee and related products and giving the entire profit from those sales to those in need.”

That is how The Well Coffeehouse, a 501(c)3 non-profit organization slash coffeehouse in my hometown of Nashville, Tennessee, welcomes its customers. This faith-based business fits snuggly in a city nicknamed “the Buckle of the Bible Belt” and only a few blocks from a local Christian university. It proudly donates all of its profits to a variety of religiously affiliated development projects with clean water projects around the world.

The business’s founder  is Rob Touchstone, a missional discipleship minister and Bible professor at Lipscomb University in Nashville. He strives to infuse purpose and meaning into the consumption of his coffee. Touchstone imagines The Well Coffeehouse as a missionary outpost right here at home. For Touchstone, coffee is more than just another commodity. It is a product that fosters community.

The Well is thus a modern day gathering place and, because it gives its profits to the poor, “reflects a vision of being a place where the ‘living water’ of Jesus is served.” In Touchstone’s eyes, consumption of his product stands apart from what he sees as contemporary society’s addiction to the empty and meaningless consumption of the products of multi-million dollar corporations such as Starbucks and Wal-Mart. His coffee is akin to a sacrament, and its consumption is an act in the service of God.

The Well Coffeehouse is a unique phenomenon in an economic world that is seeing a rise in social businesses, or socially conscious businesses that are primarily cause-driven instead of profit-driven.

Intrigued by this unique experiment of economics and theology, I asked myself how a religious mission motivated by a divine calling to alleviate suffering, but also born out of discontentment with the empty, limitless desire of consumerist culture can become the ideological foundation of a charity that sells commodities in the form of a profit-incentivized business.

In an effort to find some clarity, I visited The Well regularly over a period of 6 weeks, conducted surveys of customers and I sat down for a conversation with The Well's founder, Rob Touchstone, in the winter of 2013 to learn more about his motivations and aspirations.

Challenged with the graduate school project of envisioning what a church-outside-of-a-church would look like, Touchstone decided that a coffeehouse's inherent social allure and our culture's trending willingness to lay down extra dollars for a premium cup of Arabica would create the perfect environment to procure money for redistribution to the world's most disadvantaged communities. The customers are his congregation and the register his donation-basket.

This celestially-inspired business plan imagines that just as Jesus turned water into wine, customers will turn coffee into "living water" with every cup they buy: "It is consumption with a purpose," Touchstone says.

Touchstone is taking the initiative in a current movement among Evangelicals to re-evaluate their approach to spreading the Gospel to a generation increasingly disinterested in traditional church structures and a culture distracted by what is perceived as the empty, limitless desire of consumerist culture.

"My generation quit," says Touchstone. He believes that this disinterest began with his generation, and has carried over with Millennials in a society where the fleeting desire that consumerism encourages has led Christians to lose sight of important Biblical teachings about the relationship between people and material goods.

An inspiring theologian for Touchstone writes, "the Christian tradition recognizes the goodness of material things–and the necessity of transcending them. […] The solution to our dissatisfaction is not the continuous search for new things but a turn toward the only One who can truly satisfy our desires" (Cavanaugh, 2008). It is the paradox of desiring desire itself, which is perceived as insatiable, when what really should be desired is the service of God.

So how does The Well's mission address this theological malaise? Touchstone believes that if consumption can be transformed into a conscious act of goodness and generosity akin to an act of charity, if it is truly ethical consumption that helps those in need, the consumer can essentially be "de-consumerized." Consumption will thus cease to be empty and meaningless, and will become an act in the service of God.

It would seem that Touchstone is searching to redefine consumption in a positive light and use our culture's love of it as a vehicle for charity. Thus, in an effort to speak to this "new global culture" that some commentators argue finds more meaning in sacrament as action, Touchstone has sanctified the everyday commodity of coffee by equating its consumption to the Eucharist.

Just as Jesus turned water into wine, customers at The Well will turn coffee into living water and will be participating in the love and generosity of Christ with each cup they drink.

Not only does The Well's mission make it unique, but also it is a registered non-profit organization, and the obligatory financial transparency that comes with that status is what Touchstone feels makes it more genuine than other for-profit business efforts to fight poverty. He feels that this transparency speaks to customers.

According to the customer surveys I conducted over the six-week observation period, it would see that the majority of customers are not only the Generation X and Millennial target demographic, but also an overwhelming 92 percent of the customers surveyed said they are consciously participating in the mission to fight poverty when they come to The Well. Furthermore, a solid 88 percent of customers agreed that buying coffee at The Well Coffeehouse is a good way to perform a charitable action.

"I feel a sense of fulfilment knowing that the money I spend is changing the world."

"I love the mission and that Jesus is present."

"Purchasing things at The Well makes me feel good about my purchase. It's not just an empty purchase. My money is going to do more than pay for someone's BMW, which is how I often feel with Starbucks since the prices are high for no reason."

The Well is an interesting phenomenon that is still trying to find its place in both the business and humanitarian worlds. It certainly approaches charity from a unique angle, and Touchstone's transformation of coffee into a sacrament is a fascinating work of theology and economics.

The business' advertising makes many bold statements that raise very important questions about the current and future trends of poverty alleviation efforts. Does simply being a business with a nonprofit status relieve the burden of proof of genuineness? Effective or not, genuine or not, does this type of effort to restructure the way those of us living in the relative material prosperity of the economic North help bring the world closer to finding durable and sustainable solutions to global poverty?

The Well is a young business, barely two years old, and has a solid customer base of the Generation X and Millennial Christians to whom Touchstone was hoping to reach out. The business has also already covered its start-up costs and funded the construction of wells in several African villages. It will be interesting to see what the future holds for The Well as it tries to stand apart and to juggle the complex relationships between its religion mission, its business goals, and its role in the war on poverty.

The customers are his congregation and the register his donation-basket. 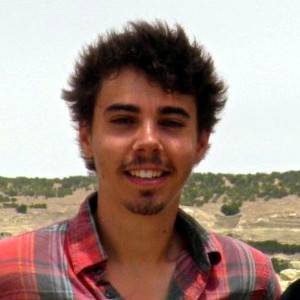 More on religion and commerce

Being Consumed: Economics and Christian Desire, by William T. Cavanaugh (2008, Wm. B. Eerdmans Publishing).
The Shaping of Things to Come: Innovation and Mission for the 21 Century Church, by Michael Frost and Allen Hirsch (2003, Hendrickson Publishers).