Trading in the grey zone

Branded with pictures of stereotypical Australiana of all kinds — green-and-gold logos, the national flag, pristine natural landscapes, kangaroos, koalas, beaming Anglo toddlers, and contented-looking sheep — these products make a sharp contrast with the largely imported 'ethnic' foods and provisions commonly stocked by the Asian grocery stores you may also find nearby.

Behind the racks of conspicuously Australian goods, you might notice stacks of postal parcels and packaging materials, while in the stores' windows are taped Chinese-character posters, ranging from the hand-written to the professionally designed, advertising discount infant formula and air freight services.

These Chinese-run mail courier (kuaidi) stores cater to the Australia-to-China grey export economy that has ballooned over recent years, fuelled in large part by the labour of entrepreneurial international students undertaking parallel trading, or daigou.

The kuaidi shopfronts provide both mail services and small-scale retail sales of popular products, though many daigou-ers prefer to source their wares from cheaper discount outlets, then mail them to their customers in China via the couriers.

Over half a million international students study in Australia every year and, as in several other Western nations, students from the People's Republic of China have for several years been the largest group. More than half of these students are young women. Soon after commencing my current research project, an ethnographic study of 56 Chinese women studying in Melbourne, I discovered that many of these students make some extra cash by taking up daigou while studying abroad.

Literally translating as 'proxy purchase,' daigou involves buying locally made products — in Australia, health supplements, milk powder, and sheepskin boots are the most popular — and selling them to customers back in China at a percentage profit via ads circulated on social media, particularly WeChat.

The mushrooming kuaidi storefronts described above are one visible urban manifestation of the daigou phenomenon. Another is the proliferation of discount pharmacy outlets throughout Australian cities. In some areas, a large proportion of their business comes from international students buying products for daigou.

The volume of this informal trade is huge. In mid-2016, an employee in the freight section of a major airline on Australia's west coast told me that each of four major Chinese export companies, linked to the kuaidi couriers and through them to the daigou sellers, was freighting 50 tonnes of packages to China per week from Perth alone, with volumes from Sydney, Melbourne, and Brisbane all significantly higher.

As is also the case in Hong Kong, where parallel trading by mainland Chinese buyers is even more prevalent, the spike in daigou exports has led to temporary product shortages, with pharmacies often sold out of popular items and news media indignantly reporting "droughts" in some infant formula brands.

So, what's behind the daigou phenomenon? There are a couple of different ways to answer that question. The demand among Chinese consumers for foreign-made health and milk products has been spurred by a series of scandals affecting food and pharmaceutical production in China that have radically eroded consumer confidence in locally made goods.

For example, in a series of highly publicised cases between 2005 and 2011, it was revealed that hundreds of dairies had adulterated milk powder with melamine derived from industrial leather waste. In 2008, this led to six deaths and 54,000 hospital admissions. Meanwhile, Harbin Pharmaceutical Group, China's second biggest pharmaceuticals company, was rocked by ten major scandals in the six years to 2012, including selling counterfeit products and the illegal addition of restricted drugs to its health supplements.

Combined with the commonness of pirated goods, which leads consumers to distrust locally purchased products that claim to be made overseas, all this creates a huge new market for food and health products that daigou sellers can prove were manufactured outside China.

As for why international students should be drawn to daigou as a type of work, my participants indicate that it's connected with their effective exclusion from desirable local work opportunities.

Before they arrived in Melbourne, almost all the women I have spoken with hoped to gain Australian work experience in the professional field of their university majors (mainly Finance, Accounting, and International Trade).

However, after arriving, they found this type of work much harder to access than they had anticipated. Many banks and other Australian businesses demand Permanent Residency as a condition of being offered an internship. Even the Caucasian-run cafés, restaurants, and fast-food franchises where many of the students applied for waitressing work seem rarely to be willing to hire applicants from China. Occasionally, bosses even stated this prejudice directly.

This racist exclusion from secure local employment corroborates the findings of other studies, which have found significant bias among Australian employers against applicants with non-Anglo and especially Chinese-sounding names.

The one place where students do readily find labouring work is in the Chinese ethnic economy: for female students, this generally means waitressing in a Chinese-run restaurant.

These jobs, although providing some social support in the form of a co-ethic peer and mentor network, come with poor conditions. Underpay is standard: the going rate at the time of writing is AUD $10 per hour, about half the legal minimum wage. To make matters worse, the work is physically demanding and insecure, mistreatment and short-changing by bosses is common, and, in the absence of formal complaints—which for a number of reasons student-workers are generally not likely to make — the illegal treatment of these workers is left virtually unpoliced by Australian authorities.

Given all this, it's not surprising that for many international students, flexible, self-directed, and potentially lucrative daigou trading seems like an attractive alternative.

For dedicated and successful daigou-ers, the practice becomes like running a small business: participants emphasise that it offers training in a range of professional and entrepreneurial skills that they hope will stand them in good stead in their future careers.

The most successful daigou-er in my participant group, Yueming, an energetic young woman from a rural area in China's Zhejiang province, has attained quasi-legendary status among her peers for the success of her daigou enterprise. In her first month of trading in 2015, she earned over RMB¥10,000 (more than AUD$2,200): she calculated that this was almost triple the amount she would have made working 20 hours per week in a Chinese restaurant job. In 2016, with an average profit of around 29%, Yueming's intensive daigou earned her over RMB¥168,000 (about AUD$32,000). This covered her rent, trips back to China, and just about all of her other living expenses apart from university fees and the purchase of a second-hand car for her business.

Yueming takes obvious pride in the professionalism of her enterprise, keeping meticulous, hand-written account books and complex spreadsheets and databases for products, customers, prices, freight costs, and profit margins. When successful daigou-ers like Yueming eventually leave Australia at the conclusion of their studies, some pass their daigou business on to a younger classmate, sometimes continuing to manage the enterprise from the China side.

Yueming, currently part-way through her studies in Accounting, already has plans along these lines. When she returns to China, Yueming's mother will let her sell Australian products from a shopfront owned by the family. Yueming will obtain these products through other young women she now knows in Australia, having met them in the course of running her daigou business. She will continue to run her own business as before, except that now she'll be located in China and get others to do the buying for her, to order. She hopes to employ a local salesperson to work in the shop so that she can just take the managerial role: mostly arranging the informal import of the products from Australia, and running the planning and financial end of the business.

A particularly interesting aspect of daigou is that it is a highly gendered form of work. Among my informants, the consensus is that daigou is women's work, and that many more women than men act as daigou sellers. People think that this is for a number of reasons.

First, it's connected with the types of products sold. Australia's daigou 'brand' revolves around a clean-and-green image, with infant milk formula and health products at its centre, and these are seen as products mainly consumed and best understood by women. Therefore, customers are likely to trust female sellers, who trade on their own personal experience of the products being sold.

Second, many people I've spoken with see young women as especially suited to daigou because of their extensive social media networks, which they think are more intense, dense and active than young men's. These personal networks can easily be converted into a customer base for daigou products.

Finally, much of the art of successful daigou is in the creation of clever and eye-catching ads for the products, and my respondents tend to think that girls are more skilled than boys in this area. As Lin Zhang observes in her study of high-end European fashion-and-accessories daigou, women daigou-ers — whether selling LV bags or vitamin pills — use witty ad copy and skillfully 'life-cast' images of themselves as relatable models for the products on offer.

Another interesting aspect of the daigou phenomenon is that it illustrates particularly clearly the interweaving of local and transnational geographic scales in people's everyday experience.

Faced with effective exclusion from secure employment, female students tactically 'turn to the transnational' by undertaking daigou. They leverage those resources available to them — 'feminine' skills and capacities, transnational social networks, and social media savvy — to negotiate the constraints that restrict their opportunities at the local level. Here, forms of mobility are taken up tactically, to mitigate the risk of "getting stuck" in poorly paid, dead-end restaurant jobs.

Daigou income may also help some sellers to negotiate the structural constraints of their feminine gender even more directly. Yueming recently told me that her widowed mother doesn't particularly support the idea of her daughter progressing on to postgraduate study; instead, she encourages her to return home to marry and have a child. Yueming's hopes to pursue a Masters degree in Australia will therefore hinge quite centrally on the continuing success of her daigou business. She will now have to cover her living expenses as a matter of necessity rather than choice, since her mother is unwilling to do so.

However, if daigou can be seen as an opportunistic, tactical, and gendered exploitation of gaps in the transnational supply chain, it's worth underlining that these opportunities may be temporary. Over the past year, commercial and state interests far stronger than the students have begun stepping in to reap benefit from the formalisation of Australia-China retail trade.

Between late 2015 and early 2016, both Chemist Warehouse and Woolworths supermarkets, two of Australia's biggest retailers of daigou products, began to market direct to Chinese consumers via stores on Alibaba's TMall Global e-commerce website. In April 2016, China imposed tough new measures to extract import duties on daigou trade, and many speculate that Australia's Free Trade Agreement with China, effective as of late 2015, will allow more and more companies to trade direct, cutting out the work of the daigou-ers.

Tactics are by definition opportunistic, small-scale, mobile and temporary; international students' daigou may prove to be no exception. Daigou-ers like Yueming can only hope that current conditions hold out long enough to allow them to extract the value they need from the temporary gaps in the system.

For many international students, flexible, self-directed, and potentially lucrative daigou trading seems like an attractive alternative. 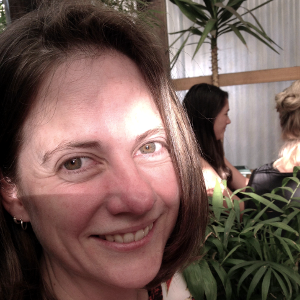 Fran Martin researches youth and media cultures in the transnational Chinese-speaking world, with a focus on topics of gender and sexuality. She is currently an Australian Research Council Future Fellow, and is Associate Professor and Reader in Cultural Studies at the University of Melbourne.

Trading in the grey zone