Three assumptions about cougars and toyboys

The mid-2000s: the time of the so-called "cougar phenomenon," when mainstream media interest in female-older relationships ballooned. This media attention was, in large part, due to the appearance of several celebrity "cougar-toyboy" couples.[1]

Perhaps the most well-known and widely cited of these relationships was the one between Demi Moore and Ashton Kutcher. Indeed, it has been suggested by many that their relationship, beginning in 2003, launched the barrage of media attention directed at these couplings.

It was common, initially at least, for mainstream media articles about celebrity cougars to celebrate these relationships as a form of female empowerment and a reflection of cougar women's youthful appearance. Yet depictions of cougars in film, television and advertising often portrayed them as predatory, vain and hyper-sexual.

Overall, however, there are a number of widespread assumptions about these relationships that appear throughout the mainstream media's coverage of them. Here, I discuss three of the most common ones.

Articles written about female-older relationships often refer to their growing popularity and acceptability in North American and European countries (and their former colonies): the United States, Australia, New Zealand, Canada and the United Kingdom, to name but a few. Statistics from these countries support these claims, showing a gradual increase in the proportion of female-older marriages in recent decades (unmarried and homosexual couples tend not to be included in these statistics).

However, age differences tend to be only a few years, and there remains a strong tendency for husbands to be older than their wives.

Furthermore, female-older couples are not particularly unusual, throughout history or across cultures. It has been suggested, for instance, that in early 20th century England, those in the working class favoured older brides as a kind of "birth control device."

2. Age is no barrier to romantic love

It is commonly assumed that forming relationships based on romantic love allows people to cross the boundaries of class, race and age. Indeed, love, by definition, is thought to rebel against such boundaries. "There's no barriers anymore," "age doesn't matter in love," people would frequently say, when I interviewed them for my project on age-dissimilar couples.

Yet although relationships characterised by age differences may now be more common than they were in recent decades, they remain rare. Furthermore, they are not necessarily linked to the rise of romantic love as an ideal. This is particularly evident when we look a few hundred years into the past. In nineteenth century in England, the Netherlands and Belgium, for instance, a decrease in age dissimilar marriages happened at the same time that marriages based on romantic love were becoming more common.

The same has been shown to be true of class: in the nineteenth century, marriages tended to be more class-similar than they had been previously. This challenges a common claim: that romantic love, as the basis of couple relationships, is characterised by the freedom to form a relationship with someone different to oneself (in class, race, culture, age or other areas). It appears, however, that boundaries regarding who we love are not simply in the past.

3. Female-older relationships are more equal than others

Meanwhile, those in female-older couples spoke about the equality of their relationships, yet none felt the need to explain this in much depth at all. Indeed, the general assumption was that age- and gender-based inequalities cancelled one another out. For instance, Rebecca (a pseudonym), who was 45 years old and dating a 31-year-old man, told me that their power relations were "probably pretty even." She continued that "he likes to be the boss" but "with the age difference that doesn't really shine through."

Although my own research did not attempt to measure equality and inequality in people's relationships, it seems to me that the assumption that female-older relationships are more equal than others needs to be questioned. For instance, those I spoke with in both male-older and female-older relationships tended to only talk about women in their discussions of power; male power was invisible. Meanwhile, in both kinds of couples, female power tended to be equated with women taking responsibility for everything, including preventing their male partners from "going off the rails."

The three assumptions discussed above are just a few of those that appear in popular and academic accounts of cougar–toyboy couples. Other, related, claims include the suggestion that chronological age no longer matters, and that having greater choice in one's partner means greater equality in one's relationship. As we have seen, even those assumptions that turn out to be true (e.g., that female-older marriages are becoming more common) are not as straightforward as they first appear. Further discussion of these relationships therefore seems to be in order.

Furthermore, to date, very few efforts have been made to look at what might bring about age differences in societies, such as the influence of social and economic factors. For instance, are there any links between age differences and attitudes towards women's sexuality and rights? Are there historical connections between age differences and marriage patterns (e.g., rates of marriage, divorce and childbearing)? A small amount of research has shown that those in de facto relationships are more likely to be in age-dissimilar couplings than are married couples, but such findings tend not to be theorised or discussed in historical terms.

For now, the popular focus on cougars appears to have died off. This is likely due to the cougar's origins as a celebrity trend, as reflected in the huge amount of magazine, newspaper and online articles published about celebrity cougars in recent years.

Yet if one looks back in time, there were similar articles published in the 1960s, 1970s and 1980s, in which celebrities then in female-older relationships, like Elizabeth Taylor, were discussed. In fact, interest in these relationships seems to go back even further in time, as seen in a letter written by Benjamin Franklin in 1745, in which he discusses the benefits of having sex with older women.

Thus, it seems that the cougar will rise again, although perhaps under a different name.

Even those assumptions that turn out to be true… are not as straightforward as they first appear. 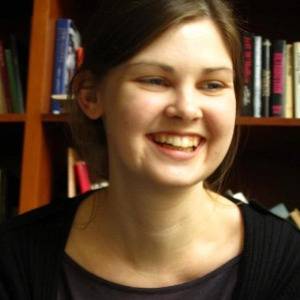 Scholar of love and learning

Three assumptions about cougars and toyboys

[1] Cougar: "A woman aged 35 years or over who dates, or seeks to date, a man more than eight years her junior." The term is believed to have been coined in the 1980s by the Canadian ice hockey team The Vancouver Canucks, who used the term to describe the older, single women who went to the team's games to pursue players sexually. In Older women–younger men relationships: The social phenomenon of "cougars" : A research note, an article by Lawton, Zoe & Callister, Paul A "toyboy" is defined as a "male lover who is much younger than his partner."
"Toyboy," an entry in The Oxford English Dictionary.

More on cougars and toyboys

More on the history of couple differences