Ed Davey, the UK Energy Secretary of State, declared – probably through gritted teeth – " I am confident the programme to manage radioactive waste safely will ultimately be successful." [1]

He made this prediction in January this year, upon learning that plans to construct an underground nuclear waste repository had been voted down by local councillors in the Lake District, north western England. The vote brought to an end a four year formal collaboration with the local council in the search for a suitable local site at which to construct a store for the UK's high-level nuclear waste.

Like its equivalent facilities in the US, Scandinavia and elsewhere around the world, the UK repository will take decades to design and obtain all needed approvals, it will then take 100 years to build and fill with wastes. It will then be entombed and must be capable of remaining sealed for at least 100,000 years to cater for the slow decay of the radioactive waste.

In invoking the 'longer term,' time is being co-opted in favour of the pro-nuclear facility's cause, and yet it is the very time stretching nature of nuclear waste that makes it such an intractable policy (and physical) issue. For, much as the UK Government would like to see progress towards a solution, so the notion of an eventual success of 'playing the long game' runs against the grain of the short-termism endemic in democratic politics, and the fixation on immediacy of return. Yet conversely it also plays into the hands of prevarication, and a 'not in my term of office' political instinct.

Michael Madsen's 2010 film Into Eternity [2] meditates upon these deep time dilemmas as they are playing out at Finland's nuclear waste repository, Onkalo. In candid interviews with staff and policy makers, Madsen probes the frailties of human discourse upon deep time.

Here, in building a structure to withstand at least 100,000 years, the Finns are attempting to build something that must last ten times longer than any human structure previously built. Madsen's narrator nails the point, declaring that "100,000 years is beyond our understanding and imagination." The Pyramids are only 5,000 years old. The march of civilisations through recorded history does not bode well for the certainty of civilisation looking forward. As a Theologian interviewed by Madsen puts it, if you're confident that society will survive 100 years, just put the question on 300, 500 years — "then the darkness thickens."

Thus — it is concluded — this waste must be sheltered from that change, underground. Madsen presents the underground realm as a place of slower — geologic — time. A tunneller talks of how he loses connection with the surface world during his working day: "it feels like time has stopped." To underpin this Madsen's camera lingers in the empty tunnels, forcing us to stare at the post-human emptiness.

But the deep time in mind is beyond meaningful counting — the word 'permanent' hovers within the political discourse. The ethical imperative is to avoid passing harm to future generations. But there is also acknowledgement that 'permanent' cannot mean forever, yet the actors struggle to fix it in numerical terms. Madsen asks a Finnish official how long the interim solution of surface storage of the nuclear waste could continue for. The answer, betrays the impossibility of 'counting' the future in a meaningful way: first he says 10 years, then corrects himself to 20, then extends to 100 then adjusts to 1000 before realising the instability of his answer and finally staring at the camera by way of surrender.

In his seminal book A Sand County Almanac, Aldo Leopard urged generations of future US environmentalists to "think like a mountain." Reflecting on this in his 1995 book A Moment on the Earth, U.S. eco-optimist journalist Gregg Easterbrook remarked on how Leopard's 1948 call had actually left unexplored precisely how a mountain might indeed think. Easterbrook took up that challenge and co-opted mountain-think in his presentation of a counter-reading of environmental change and nature's resilience that was distinctly geologic in its perspective. For Easterbrook the key point was that a mountain exists across an entirely supra-human time scale If a mountain could think, its horizon of consideration – the time scales that would be of concern to it — would be the truly long term, for rock is born, exists and eventually decays in 'deep time.'

I was recently reminded of Easterbrook's argument as I burrowed into Making the Geologic Now, a newly published compendium of essays edited by Elizabeth Ellsworth & Jamie Kruse. In their book, the editors note, and advocate, a 'geologic turn' in scholarship, a call endorsed by eco-philosopher Jane Bennett in a piece at the end of the book where she reminds us that humans are "geo-creatures —Earthlings" who dwell within a mid range of time perception and action: a moment more enduring than lightning, earthquake or wildfire but infinitely slower than sedimentation, erosion or radioactive decay. And yet, as Ellsworth & Kruse note, human action increasingly seeks to inter-mix with the geologic. In recognition of this newly arrived capacity for human action to leave deep-time traces, as a distinctly human induced sedimented strata, a new geologic epoch has been proposed: the Anthropocene.[3]

Debates and dilemmas around underground repositories for high level nuclear waste show us how that human-geologic assemblage is being enacted, and how this deep time project forces humans to try to think like mountains, and why we find that so difficult.

This is because time is not as straightforward as we like to think. Time has qualitative and quantitative dimensions. Qualitative, 'social time' is a normative convention, it is culture-specific and a construct of individual and collective experience. Future time can only be contemplated via past experience. Time is an encultured way of attributing meaning to observed change.[4] The time scales and uncertainties that must be grasped to think forward through deep time hit the reality that we have little relevant (or reliable) experience that we can project forward, nor is there much sense of observed change. The change (radioactive decay, the creep towards construction) is sub-glacial in its pace. In this virgin-territory of deep-time we flounder amidst what we don't know, or have no existing framework to contemplate. As a former director of Fukushima Daiichi put it: "we can only work on precedent, and there was no precedent. When I headed the plant, the thought of a tsunami never crossed my mind."

In building a structure to withstand at least 100,000 years, the Finns are attempting to build something that must last ten times longer than any human structure previously built 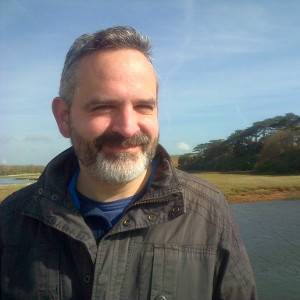 [1] Attewill, F. 2013. Cheers as Lakes nuclear waste dump is rejected. The Metro, 31 January
[2] Madsen, M. 2010. Into Eternity – a film for the future. Magic Hours Films
[3] The term was introduced by Paul Crutzen (a Dutch Nobel Prize winning chemist who discovered the effects of ozone depleting chemicals) in a paper in the journal Nature in 2002 to succeed the Holocene that has been running for the last 11,700 years (since the last ice age).
[4] Tabboni, S. 2001. The idea of social time in Norbert Elias. Time & Society, 10: 5-27.