The latest talk about language

Have you heard the latest talk about language — field language, conference language, journal language, theorizing language? A collaborative experiment is unfolding right now, and you can take part.

Anthropologists poke and pry into every corner of the globe. We discover all kinds of startling things about humans and their amazing cultural diversity. But how do we compare notes, given that we speak different languages? It can be a real challenge.

Two years ago, on an abnormally warm November day, I had an idea. I skipped out of the American Anthropological Association (AAA) Annual Meeting in Montreal for a coffee in «le Vieux Montréal» with Susana Narotzky, then president of the European Association for Social Anthropology (EASA), and Bela Feldman-Bianco, then president of the Associação Brasileira de Antropologia (ABA). My goal was to talk them into a three-way collaborative experiment among our associations to further equitable and accessible global circulation of anthropological knowledge.

Maybe it was the sun, maybe it was the coffee, maybe it was the charms of what passes for old architecture in the New World, but they agreed to join me in co-organizing a multilingual virtual seminar. We wanted to explore what contemporary technology could offer in helping us bring into one conversation anthropologists spread out all over the world, getting around the obvious obstacles to participation in the traditional format of face-to-face conferences tied to terra firma.

We also wanted to see if we could avoid the obstacles non-English-speaking anthropologists increasingly face in their attempts to contribute to our shared understandings of (and debates about) the world (and get the English-speaking ones to pay attention to what is going on in other languages). The idea sounded like so much fun that CASCA (the Canadian Anthropology Society/Société canadienne d'anthropologie) jumped in too.

Given our goals, the theme turned out to be in front of our faces. Focusing on the theme of “La langue et le savoir anthropologique/Language and anthropological knowledge/Língua e conhecimento antropológico,” we hand-picked illustrious participants from each association to address and debate questions related to the role of language in general, and multilingualism in particular, in the construction and circulation of anthropological knowledge.

The debate is happening (in three languages) in a month-long virtual seminar going on right NOW as I write and you read. (Well, almost a month: October 2-25, 2013.) The participants have posted papers and commentaries on a website hosted by the World Council of Anthropological Associations. (You can stop reading this if you like, and just click here to watch the webinar) The texts are all available in French, Portuguese, and English.

But even more stimulating (if that is even possible) is the recording of the live event we held on October 25th. Over the course of two hours, our participants debated with each other, and responded to questions submitted via a chat function by several of the 127 anthropologists from all over the world who watched the seminar unfold on their screens.

The conversation has (so far) covered such facets of the issue as: what you need to be able to do with language to understand the perspectives of the people you work with; the functioning of multilingual research teams (including what it means to write fieldnotes in your second or third language); the relationship between the language(s) you use to communicate with other anthropologists and the language(s) you use to communicate with other stakeholders, notably the people who participated directly in your fieldwork; the problematics of conference presentations and publication; and what ought to count as multilingualism (and hence translation) in the first place.

The experiment is teaching us a great deal about all of these things, many of which we struggled with in setting the seminar up in the first place (number one among them: which languages? Really, three languages of empire, are we serious? Or, conversely: really, three languages, are we nuts?).

There is still much to say, and still time to say it. You don’t have to be an anthropologist to join the debate; everyone is welcome. After all, anthropologists create knowledge about and for humanity. The more voices that chime in, the better our knowledge will be. Log in now, and participate.

There is still much to say, and still time to say it. You don't have to be an anthropologist to join the debate; everyone is welcome. 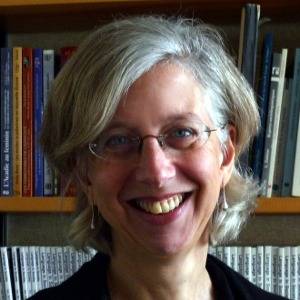 Monica Heller is President of the American Anthropological Association. Her research and teaching focus on the relationship between ideology and language practices in multilingual environment, and their impact on the construction of differences and social inequalities. She specializes in the field of ethnographic sociolinguistics and French Canada.

The latest talk about language

The papers are posted in three languages (English, French, Portuguese) at the World Council of Anthropological Associations.