A recent article on Huffington Post caught my attention this week. An organization called Pro Infirmis lead an initiative to increase public awareness and acceptance of people with disabled bodies. To contribute to their goal, a series of mannequins recreated from actual people with disabilities were made and displayed in storefront windows during Zurich's International Day of Persons with Disabilities. The models' disabilities ranged from amputations and spinal conditions to bone disorders.

It was both touching and disappointing to read of the "disabled" models' excitement upon seeing their bodies reflected in this way. "Seeing it there for real is quite a shock!" one model exclaims. I, on the other hand, was left wondering, "Why is the sight of this woman's own body, in place of a 'normal' display model, something that warrants 'shock'?"

Since I was a little kid, I have watched my older sister struggle with walking. Although she looks just like me, her legs were always turned slightly inward and this worsened over time. To me, it never seemed odd or out of the ordinary. But as soon as I entered school, and Julie's walking continued to decline, I realized just how "uncommon" her walking condition appeared to others (as I'm certain, did she).

By the time she entered high school, it was obvious that surgery would be needed if she wanted to continue to walk without the help of a wheelchair. The body my sister went in with to the operating room that day was not the same as the one she came out with. Specifically, they adjoined two steel rods to either side of her upper legs in order to keep them straight enough for her to walk. The procedure itself was called a "double rotational osteotomy," where the legs are turned outward so that her feet would not face each other directly and she would fall less.

This was the first transformation of my sister's body that I remember. To be honest, it was scary. But in another sense, we were all excited for her. We thought, "What if this is 'the fix' she has been waiting for? What if she comes out walking better than ever?" And for a while after her (long and courageous) recovery, she did. Her walking was straighter, and she fell less frequently.

Years passed, and a little before Julie was preparing to enter college her walking started to deteriorate again. As a sister (and a friend), I had a hard time watching this. I have no idea how difficult it must have been for my parents, especially in the wake of her upcoming departure from the safety of our family unit. As for my sister, I marvelled (as I still do to this day) at how she is able to keep that beautiful smile on her face, through everything. Like it's no big deal. Eventually, it was obvious that another surgery–another body–was needed.

This was the second transformation of my sister's body that I remember. To be honest, it was frightening to be experiencing this all over again. We thought, "What is this is 'the fix' she has been waiting for? What if she comes out walking better than ever?" And for a while after her (courageous) recovery, she did. Her walking was straighter, and she fell less. The "installation" (a car mechanic comes to mind) of a baclofen pump was the fix this time. Programmed to deliver a predetermined amount of medicine that would help Julie walk, the pump seemed to make things better. For a time.

Julie had the pump for many years. It was when she began preparing to attend graduate school at Boston College that more issues arose. After quitting her job prior to beginning school, she lost the health insurance she had been covered under. She tried to decide if she needed to buy health insurance through the college or if she could waive it and retain her MAWD plan through the Welfare Office. It was at this point that her doctor who had been monitoring the pump told her he would not continue to do so should she do that. This resulted in Julie deciding to get the pump removed, which she actually wanted anyway at that point.

So, that was the end of the pump. And in that respect, Julie's body underwent another transformation. This is the third transformation of my sister's body that I remember.

Recently, my mother saw information about a process that utilized neuro-technology to help people with walking disabilities. She was ecstatic when she watched the video testimony of one of the experimental patients. We thought, "What if this is 'the fix' she has been waiting for? What if she comes out walking better than ever?"

What I didn't expect was a rather indifferent response from my sister. Of course, she expressed a kind of appreciated interest at first. But as more weeks passed since my mother's discovery, I began to realize something else.

There is nothing, and never was anything, wrong with Julie's body.

Julie was never truly the one "waiting for a fix." The people around her were. Of course, my sister would love to have walking be a non-issue in her everyday life. But after a lifetime of living with her body, she had come to accept it as it is.

Of course, it makes it harder for her to walk–but even Julie has raised some benefits of this ("I burn more calories walking, so I can eat three times the numbers of dessert that you can!" ).

When I look at how people with physically disabled or challenged bodies are often portrayed on television, in ads, in photographs or in book series, it makes me more sad than angry. It makes me sad that some people can't, or have never learned, how to "see" people with "disabilities" for who they truly are. There always seems to be this hang up on "making them better." On "making their bodies normal." Or perhaps, like the opening example, being "the new normal." Regardless of the body, what each person has to offer comes from within it.

Although I appreciate and encourage all efforts aimed at raising acceptance of human beings in any form, I do believe it's important that an underlying message be clear as well. A lifetime with Julie has taught me this: there is nothing wrong with physically challenged bodies. It's what you do with your body that matters, and that is a problem faced by everyone with, well, a body.

In this respect we are all in the same boat. Whenever I meet a person with physical challenges, I try not so much to think about what they can't do, but more about what I can do and may not even be doing. I do not wish to modify or "correct" their body. I endeavour not to think of them as "a person who is physically challenged," but to come to know them as a "person who is physically enlightened."

There is nothing, and never was anything, wrong with Julie's body. 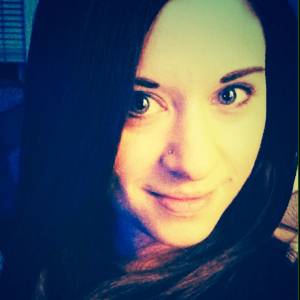 Kris is a Ph.D. candidate in Criminal Justice at Temple University. Her research revolves around police surveillance and technology, proactive/personal policing models, intelligence-led policing, and the policing of the police.

Thanks to Julie Castner (sister, interview and correspondence via e-mail on March 13, 2014)

I am pleased to report that I am not alone in this endeavor. Many excellent communities are continuing similar conversations to the one started here. For more information, I highly recommend @DisabledWorld: a pivotal resource for news and information about disability and health related information worldwide. Another favorite (for Washington, DC based readers) is the Inclusion Research Institute, who also include an extensive directory listing of health-based organizations and resources.

The Inclusion Research Institute assists disabled people to be independent