Every year, something happens to our bright-eyed, optimistic, first-year university students. We give them Nietzsche to read (God is dead), Foucault (the state is watching you), Marx (Everybody is exploited as a worker, even you [when you start working]) and Weber (your rationality actually isn't yours). I've seen it many times, and it's a hell of a lot for a 19-year-old.

Straight out of high school, where peer groups geared towards exams through rote learning, we suddenly demand that they theoretically engage with the problems of the world. We shouldn't be too harsh. What's on most of their minds are the exact same subjects that obsessed their parents at that age, whether or not they went to university, freedom (what on earth will I do with it?) sex (who, when, how, where, how many times, what do I do afterwards, am I in love, etc. etc. etc) and rock 'n' roll (or hip hop? What's big on iTunes? I don't even know.)

Between 2008 and now, I have taught classroom tutorials in Development Studies, Anthropology, and Sociology, teaching around 500 students. In first year, students are excited and enthusiastic. Many of them have moved from the country to the city. There have been increasing amounts of international students (my last subject in 2012 had an almost exact ratio of 50% local students and 50% international students). First year students still want to impress you and each other, they read and put quite a bit of effort into their assignments, and they are generally optimistic about the world.

Outside of the classroom, starting university causes a lot of stress. Students move out of home for the first time, some take on rent, some are learning to take care of themselves, and starting part- time jobs. Others go from being the best student in their class at high school to studying a degree in which every student was top of their class. These sorts of stresses are well documented in popular media. (Some sources are listed below.)

There is another type of stress that isn't well covered. I couldn't find much discussion on it, even in the vast world of the internet. Doing an Arts degree requires students to do a certain un-learning of what they have learned in high school, and re-socialising as to how to see the world and how to think about it.

One particular book that changes how students see the world is Death Without Weeping by Nancy Scheper-Hughes. The book's central argument is based on her initial impression of her visit to the Brazilian slum town of Bom Jesus de Mata. She observed that death among babies was such a frequent occurrence that mothers seemed to accept it as a regular aspect of their lives. This initial point became a 600-page investigation into poverty, the downwardly mobile, structural violence, and organ trafficking.

I still love the book, I still don't like teaching it. The idea that losing children is part of everyday life for the mothers of Bom Jesus de Mata is more than foreign; it is simply incomprehensible for young students who have been taught there is a rational sense of justice in the world. It can be a lot for young students to handle when their life may have been about TV, movies, music, novels, magazines, and friends for five years.

But first year students do mature into second years. They read more, they understand what they're reading more, they don't expect the answers to jump out at them, comprehension exercise-style, and they are a little more equipped to cope with the discord of living relatively comfortably and constantly engaging (albeit abstractly) with the harsh reality of life for someone else, on the other side of the planet.

Students of social sciences and anthropology in particular seem to adjust quickly to new ways of seeing the world. To have an interest in anthropology is to be curious about the world or about oneself and one's place in it. Young anthropologists are then trained to engage with the world in practice and theory, and if they go on to do fieldwork, they will also accumulate training in participation and observation, sensitivity and empathy.

I am not saying that students in other disciplines aren't particularly sensitive and empathetic. I am saying that anthropology students have some of this disposition to start with. It is then cultivated as a skill that they will use throughout their career, and it becomes inseparable from their identity. Doing anthropology also means reading anthropology, and when the two are hand-in-hand students start to reflect on their daily lives through what they have read. They start to see the scaffolding behind the things they take for granted, whether it is freedom or fair trade coffee. This relieves some of the internalised burden of feeling that, as one privileged person, they can (and should) change the world.

Engaging with undergraduate Arts students, whether through classroom tutorials, workshops, or keeping up to date with former students and their emerging careers, reminds me of the least glamorous but one of the most rewarding parts of being of being an anthropologist. It comes after field work and after writing: teaching young people so they might want to go and find out for themselves.

One of the rewarding stories I've heard was from a student who had debated the Australian detention centres for refugees issue throughout his undergraduate studies and left to work as a volunteer in Nauru. His time there fundamentally challenged his imagination of how 'the poor' live. Rather than waiting for aid or development, in Nauru was an intact system of informal exchange that involved highly sophisticated negotiation.

Parents of Gen Y anthropology students often find that they have to support their children through study-induced existential crises. They might need to start a weeknight support group of their own as their children's understanding of the world deepens with complexity.

If you're friends with a Gen Y student, and you ask them, "what do you think is going on with (whatever topic)," be prepared to receive an exhaustive but insightful answer. However, you'll have been a good friend and provided a young Gen Y Anthropologist some time for therapy through thesis.

The idea that losing children is part of everyday life for the mothers of Bom Jesus de Mata is more than foreign; it is simply incomprehensible for young students who have been taught there is a rational sense of justice in the world 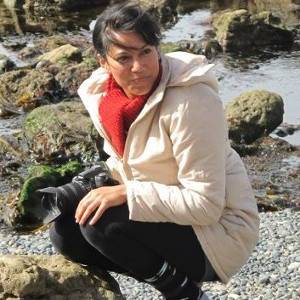 Jolynna Sinanan has just started her post doctoral research position in Anthropology at University College London (UCL), which is part of a larger project on social networking. The research is funded by the European Research Council, and the core to the study is the tightly integrated comparative work of seven simultaneous ethnographies each taking place in a small town environment in their respective countries. Jolynna’s field site is in Trinidad, where she has recently completed fieldwork for a project on the uses of webcam, that is now being written into a co-authored book.