While I was lecturing at a regional university in the USA, a colleague told me about a student (let's call him Steve), who had asked for her anthropological opinion on a recent incident. While waiting for class to start, Steve yawned and stretched in his chair, and he accidentally let out a "loud and proud" fart[1]–the brunt of which was borne by a classmate sitting directly behind him.

The classmate was most offended by this errant fart and insisted that Steve apologise. Faced with Steve's unwillingness to repent the fart, his irate classmate responded with threats to beat him up. Bewildered at the response his fart engendered, Steve asked my colleague: why is this natural occurrence treated with such hostility?

Now to most people (other than Steve, who was admittedly an odd sort of bloke), the student's response to the fart, although extreme, is somewhat understandable.[2] However, Steve did raise an interesting question–just why do farts engender hostility? And laughter? And embarrassment?

The interesting thing is that anthropologists have never tried to answer this question. While we haven't generally been afraid to get down and dirty in our subject matter, apparently we draw the line at farts. Are we prepared to just take Diane Ackerman's word for it in her A Natural History of the Senses that "though ancient and uncontrollably natural, a fart is generally considered to be repellent, discourteous, and even the smell of the devil" ?

There are some scattershot references to farts in the ethnographic and historical literature. For example, Frank Muir, in his An Irreverent and Almost Complete Social History of the Bathroom, cites an early report from the seventeenth century in which Papua New Guinean witnesses to flatulent Dutch sailors were most offended by the farts they were subjected to, holding that a "shame and contempt" had been done to them.

In the single page discussing farts in Constance Classen, David Howe and Anthony Synott's book, Aroma: the Cultural History of Smell, they note that in Morocco, "it is traditionally held that breaking wind inside a mosque will blind, or even kill, the angels therein." They go onto observe that farting is so closely associated with harmful spirits that a spot where one occurred may be marked by a small pile of stones, as if to trap the evil spirit inside. Citing an early anthropological study by Edward Westermarck, they suggest that the taboo against farting in public is so strong amongst the Berber tribes in Morocco, people have reportedly committed suicide for succumbing to an ill-timed fart.

Beyond such passing (and vaguely dubious) references, a more detailed examination of the meaning of farts is found in the work of Anthony Seeger and Jon Crocker, who work amongst related Indian tribes in Brazil: the Suya and Bororo, respectively. According to their accounts, in both groups, farts are classified under the category of "rotten smells" and are perceived to be dangerous and powerful–crucial to avoid at all costs. When faced with the olfactory invasion of the fart, both the Suya and the Bororo respond by spitting; when anyone farts in public the whole group must go through an elaborate ritual of hacking, spitting and coughing to expel the polluting odour from their bodies.

Common in these accounts is the damage a public fart causes to the prestige of the unfortunate farter. Such fears are somewhat comprehensible to the average North American, as the thought of releasing an audible fart during a speech, presentation, or meeting is enough to make most people break into a cold sweat. Silent or virtually soundless farts are certainly the best option in this context, although if they are accompanied by a strong smell the conditions must be such that anonymity can be preserved.[3]

Indeed, the desire of the French writer Honoré de Balzac to one day be "so well known, so popular, so celebrated, so famous, that it would… permit me to break wind in society and society would think it a most natural thing" has the ring of a utopian dream. Nobody gets to fart with impunity.

Or do they? Personally, I'm not convinced that all farts are equal – in other words, who farter is and whom they fart around seem to be important factors.

Certainly, in a North American context, some farts appear to be judged less harshly than others, with the farts of the infirm, the elderly, and small children evoking relatively little response.[4] Female farts (barring those emitted by the aforementioned categories), on the other hand, seem to fall at the opposite end of the spectrum. Indeed, I have seen t-shirts proclaiming "girls don't fart." Whether taken as a statement of fact or a plea for anal rectitude, the meaning is clear: "ladies" are not supposed to fart. This leads women to attempt to become virtually fartless at best and "silent but deadly" farters at worst.

Even a fart in a public toilet booth can be a source of considerable embarrassment for females–leading to elaborate tactics to avoid attribution, such as a series of coughs to cover up the sound or waiting in the toilet stall until all the women in the remaining booths have left.[5]

Obviously, farts contain several sensory dimensions that might help to explain the hostile reactions they are liable to receive: many of them are accompanied by noise, they are associated with faecal matter, and can be lit to rather startling effect.

However, the odour of farts appears to be the source of their offensiveness. As Benjamin Franklin once wrote, "Were it not for the odiously offensive smell accompanying such escapes, polite people would probably be under no more restraint in discharging such wind in company than they are in spitting or blowing their noses."

Benjamin Franklin appears to be onto something. The anthropologist Mary Douglas has famously argued that bodily refuse (such as mucous, spittle, blood and nail clippings) is universally seen to be a symbol of power and danger because it traverses the boundaries of the body.

Farts may very well be the ultimate bodily emission. They are likely to be perceived as far more polluting than other bodily excretions such as faeces, because they are for all intents and purposes invisible. We cannot actively avoid them. While we can generally side-step faeces, blood and urine, or complain to the waiter if we find a hair in our soup, little can be done to protect ourselves from the sensory invasion of the fart.

Thus, the spitting and hacking response of the Suya and Bororo Indians to the fart makes perfect sense when its invasive capacities are made explicit. The tendency to hold one's breath upon stepping into a lift and registering that its previous occupant has left a parting gift represents a similar attempt to stave off invasion by this nameless, faceless, yet fragrant stranger. However, in both cases, the attempt is unsuccessful–like death itself, the fart will not be denied entry.

So the next time you fart, whether it be alone in an elevator, or surreptitiously during a meeting (phantom farters, you know who you are), or when you have just settled into bed and your partner lifts the covers to climb in and is greeted by an unwanted surprise, pause for a moment to contemplate the abject power of the fart.

In one quite literally foul swoop, the fart momentarily[6] destroys our allusions regarding the integrity and autonomy of the human body–our certainty and security regarding the boundaries between what is "me" and what is "not me" –and reveals both its fragility and vulnerability.

Though ancient and uncontrollably natural, a fart is generally considered to be repellent, discourteous, and even the smell of the devil. Diane Ackerman 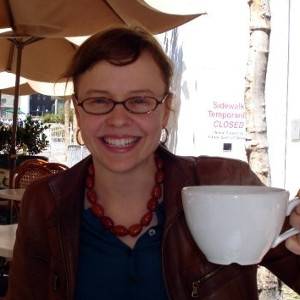 Kirsten is an Honorary Associate in the Department of Anthropology at the University of British Columbia in Vancouver, Canada. A complete overview of her work (including blog pieces, newspaper articles and other random bits and bobs) can be found on www.notkristenbell.com.

The (il)logic of tipping

[1] "Loud and proud" is a common term for a rather distinctive sounding, trumpeting fart. Interestingly, farts appear to have lent themselves to an extraordinarily complex classificatory system. People distinguish farts based on both sound (e.g., the "loud and proud fart," the "strangled fart," the "mud sucker fart" –which may lead to fecal aftermath or "shart" ), smell (e.g., the "beer fart" ) and categories that simultaneously evaluate both smell and sound (e.g., the "silent but deadly" ).

[2] I, for one, have occasionally been tempted to violence by the relentless olfactory abuse my spouse has subjected me to for well over a decade.

[3] Many of us are aware of "phantom farters" –people wont to regularly slip out "silent but deadlies" in public situations, causing a frenzy of surreptitious air sniffing and disgusted sideways glances as everybody tries to make it subtly but pointedly clear that they, too, are aware of the offensive odour and it certainly did not emanate from them! These phantom farters often continue in their olfactory abuse of co-workers for many years before their identity is ascertained.

[4] Upon being confronted with a series of staccato farts produced by an elderly farter, the most appropriate response is to continue the conversation with both parties pretending that nothing out of the ordinary has occurred.

[5] Women have developed all sorts of elaborate tactics to avoid attribution. A female acquaintance of mine once gave me tips on how you can cut yourself off from the "silent but deadly" fart and the danger of being identified as the bearer of the smell. The trick, as she explained it, is to wave your hand frantically behind your arse upon expelling the fart and then jump away from the now ostensibly "detached" smell–leaving it to linger unmoored from its earthly bearer, just like the demonic fog described in the James Herbert story.

[6] Actually, for as much as ten minutes in the case of some particularly pungent farts. This often leads to the all-important question of what will remove the smell most quickly: a frenetic bout of sheet flapping or leaving the smell trapped underneath the covers until it eventually dies–like a wounded animal that has crawled into a small, dark place to wait out its final hours. For reasons as yet unknown, men tend to favour the former method–although its efficacy has been far from established.

The Foul and the Fragrant: Odour and the Social Imagination, by Alain Corbin, Alain (1994, Picador).

An Irreverent and Almost Complete Social History of the Bathroom, by Frank Muir (1982, Scarborough Books).