DJ Munk's music sounds like nothing I've ever heard before. It has the classic tells of a modern DJ: sped up vocals, repeated lines, and computerized drumbeats. But the sample he's using sounds like some strange blend of traditional Mongolian and rock music. In fact, it is.

DJ Munk is playing at one of the frequent Dund Gol (Dund River) parties, DJ events organized to play underground or unknown (at least in Mongolia) music. He is sampling Mongolia's first rock band, Soyol Erdene (Cultural Jewel). The band was started by the government in 1971 as a response to the youth's growing demand for the Beatles and the Rolling Stones. Mongolia was a soviet-style socialist nation at the time. The government didn't want to open the floodgates of rock and roll, and thought a controlled trickle would put the masses at ease.

So, they rounded up four young traditionally trained musicians, bought rock instruments (electric guitars, bass, drums) from Japan, and told them to get busy.

"The purpose of the band was to produce Mongolian folk songs in a new genre and play them on electric instruments," founding member Jargalsaikhan "Jaga" Gonchig told me. They sound a bit like Mongolian traditional music meets Jefferson Airplane.

Soyol Erdene was an instant success. It certainly helped to have the full support of the government behind them. But still, they were something totally new and a way for the Mongolian youth to celebrate rock music legally.

Jaga told me most of the songs were either new versions of traditional tunes or originals that were about love and the glories of the state. A 10 members-strong arts council censored their lyrics, even giving them themes for each month.

Jaga recalled the first song he wrote. "The very last verse of this songs says 'I waited for you until dawn,'" he explained. When he showed it to the Mongolian Arts Council they were not on board. "They criticized it wondering how someone can wait for someone else until dawn while society is so busy and a great country is developing." In the end, they removed the song from the album.

This was the price Jaga and his band mates played to pioneer the Mongolian rock genre.

As the 1970s gave way to the 1980s, and youth throughout the soviet states were demanding to join their Western counterparts, Mongolians picked up their own hand-made guitars and used rock music to call for a free society.

One member of Soyol Erdene left the band and started his own, subversively named Chinggis (Genghis) Khan – a forbidden figure in Mongolia at the time. He wrote songs hailing the ancient leader and calling for a new Mongolia.

These voices were heard in 1990 when, after months of peaceful protesting, the government agreed to multi-party elections.

Today, the scene is quite different.

Unlike his predecessors, DJ Munk has the world's musical canon at his fingertips. He moved from his hometown in sparsely populated Western Mongolia to the metropolis of Ulaanbaatar in 2005. It was here that he met Boldoo, a young musician, rapper and music producer who also happens to have the largest record collection in the country.

"After meeting Boldoo, I started listening to Japanese music, jazz music and all other kinds of music," says Munk.

But what stuck with him was not the foreign stuff, although he likes that too. It was the familiar music of Soyol Erdene.

The combined freedom of expression and access to technology Munk enjoys, allows him to do something never before done in Mongolia. Had personal computers and DJ software been around in the 1970s, it's almost certain remixing bands like Soyol Erdene would have been frowned upon, if not outright forbidden. He certainly wouldn't have been able to play them at music parties like Dund Gol, where the emphasis is on the individual and how he or she experiences music.

Munk's remixes are aural peeks into the history of modern Mongolia. He pays musical tribute to his predecessors who paid tribute to theirs, each artist innovating along the way.

Mongolians picked up their own hand-made guitars and used rock music to call for a free society. 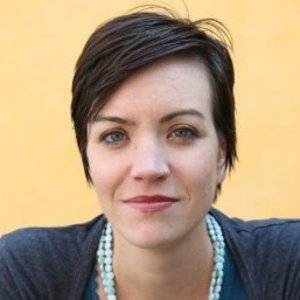 Lauren Knapp is a multimedia storyteller interested in ethnography through documentary. She has been working in film, television, and radio since 2006 and has been broadcast on the PBS NewsHour, PRI’s The World, WQED, and The Allegheny Front. She is currently pursuing an MFA in Documentary Film from Stanford University.