Polyamory and the nanny state

I had few expectations as I prepared to spend two days at OpenCon UK in Dorset county with seventy other polyamory folks from all over Europe. I simply hoped to be among people who share a great deal of my set of core values, and have a breather from the monogamy-saturated, couple-centric environment of Central Europe (I currently live in the Czech Republic). And, indeed, this is precisely what I found and enjoyed.

I was not, however, at all prepared for the hyper-protective atmosphere, bordering on patronising at times, that pervaded all group interactions throughout the weekend.

The first thing I noticed upon arrival was the box of badges on the registration desk. Attendees could choose their own gender pronouns, including the standard "she/he," but also gender-neutral ones, such as "they" or "eir/zie/hir." So far, nothing wrong with breaking with cis-normativity and addressing gender-queer people in the way they prefer.

As the entire event had the format of an un-conference, everybody was encouraged to suggest and organise workshops. However, more than half of the first workshop was spent discussing the format, making sure that everybody agreed. Alright, alright, it was a workshop on consent, I get it. And an un-conference needs extra time to get off the ground when it addresses emotionally sensitive issues and requires safety measures to protect vulnerable individuals. But as the clock ticked away, I found myself increasingly frustrated—C'mon, chop chop, I am here to learn something!—and questioning whether so many protective measures were really necessary.

In most workshops, the facilitators discouraged large group discussions, suggesting that the participants break into small groups to prevent peer-pressure to speak up or to dissuade shy people from joining in. The format of discussions sometimes encouraged indirect, anonymous actions, such as the use of anonymous post-its passed to the facilitators who would read them out loud. To my surprise, participants seemed to prefer to use hypothetical scenarios rather than personal stories to make their point. I supposed that some people found personal experiences too intense or disturbing to digest.

Not all measures felt over-protective: during one workshop, a participant asked for a gap to be left in the circle in case someone wanted to leave. However, most formats of interaction created a distinct sensation of being in an excessively-protective and intensive daycare facility for adults.

Come Saturday evening, a lot of people were enthusiastically expecting what was already a popular event at OpenCon—the cuddle workshop and party. Now, I personally view the party's distinction between sexual and non-sexual physical touch as somewhat artificial, since there is a substantial subjective grey shade about what constitutes sexual touch. Nevertheless, I certainly understood the need for making the non-sexual nature of the party explicit, in order to ensure that people could explore touch, hugs, and group oxytocin release in a safe way.

What didn't resonate with me was that the organizers did not arrange another room that people could retreat to should they feel like progressing towards more intimate sexual interactions. Such a room had previously been provided at the OpenCons in UK and Catalonia. Not having one this time was a choice the organisers made for all participants. The reason behind that logic, I was told, was to try to avoid creating a situation in which people, especially women, felt pressured by happy-go-lucky people to consent to physical intimacy they did not really want.

Still, having someone make that choice for me, in a borderline patronising, disempowering way, was downright offensive. I want to decide for myself if I want to have sex or not in whatever circumstances, thank you. I am not a victim in need of protection I did not ask for, thank you!

As a good social researcher, I confronted my feelings and opinions with some of my friends and colleagues, a few of whom were also participants in OpenCon UK. Luca, one of the activists within the Italian poly community, pointed out to me that while the OpenCon code of conduct provides a beautifully articulated explanation of "sex positivity," as opposed to coercion of any kind towards sexual activity, it can also be dangerous:

"While personally I consider sex-positivity to be a good thing, we do need to acknowledge that a lot of people who have had unfortunate experiences and traumas at the hands of not-healthily-sex-positive people could benefit from such protective frameworks," he said.

Another friend with whom I shared my thoughts had the feeling that this protective mindset was part of a wider trend in Britain to include marginalised communities. Mihai mentioned the heart-warming amount of facilities for the disabled, the rather admirable degree of inclusion for Muslim practices, and the well-developed child care and child facilities that can be found throughout the Isles. And, he argued, although there are few special efforts made for other margialized groups such as transgendered individuals, the BDSM community, or the homeless, there is a trend towards a more inclusive society that aligns with OpenCon's explicitly inclusive ethos.

Mihai's argument prompted my consideration of other cultural aspects of OpenCon. I remembered a particular incident: towards the end of the weekend I was so worked up about the enforced "daycare" that I did the unspeakable. I decided to share personal experiences during a small group (of course) discussion in one of the final workshops. My impression that I was making people increasingly uncomfortable was confirmed when the rapporteur of our small group conveniently forgot to feed my input back to the larger group. (In retrospect, these were mostly the British, who comprised roughly half of the attendees.)

So what I was actually experiencing was a marriage—a poly one, I might add—between the consent philosophy in the polyamory subculture, an increasingly inclusive protective culture of the UK society as a whole, and unspoken British cultural norms of not sharing personal information and not disturbing the others.

Ironically enough, my work on children's use of the Internet in Europe draws a lot on the United Nations Convention on the Rights of the Child, which highlight the balancing act between protecting children and granting them participation rights. My colleagues and I advocate for more empowering, agency-enabling policy frameworks and measures for children.

One of our coordinator's metaphors, of trying to prevent bicycle accidents by banning bicycle use altogether, is a great example of what some of us perceive as an increasingly protective, risk-averse society. Another useful metaphor than comes to mind is trying to build an aqua park and only making shallow, ten centimetre high pools so that two-year-olds won't drown, without catering to the needs of people with more experience.

However, striking a balance between protection and empowerment may also have a cultural dimension. As Luca pointed out to me, Southern Europe is still characterized by a family-supported environment, which enables the development of autonomy and independence. Conversely, Western/Northern Europe appears to be moving faster towards a protectionist, institutionally-supported and assisted society. Such a "nanny state" restricts room for progressive agency and empowerment by confining individuals to a "protective" sphere:

"The point is that people are supposed to wean from the support of the family, whereas in the other model they don't. This weaning process is the important difference and, in my opinion, what allows for self-empowerment," explained Luca.

I am wondering if there might be a "third way" between the excess of protection and a "hands off my right to decide for myself!" attitude; a third way allowing room for personal growth and expanding our limits in a safe manner. A way to build swimming pools that are two metres deep, in addition to the safe, shallow ones.

There is nothing wrong with being a little uncomfortable, except if you're British, maybe. It is by being mildly uncomfortable that we extend our comfort zone. OpenCon is a safe space where we can test and explore our limits. In my opinion, it would have remained so even without so many protective measures. In the end, it really comes down to identifying that overlapping uncomfort zone for everybody involved, and helping people to opt out when they feel they are reaching their limits while permitting the others to remain in their growth zone.

And, finally, empowered individuals make for a better society than perpetually-assisted adults confined to the protection sphere.

It is by being mildly uncomfortable that we extend our comfort zone, in a safe space where we can test and explore our limits 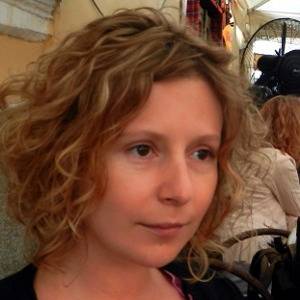 Institute for Research of Children, Youth and Family

Monica likes to think of herself as a "mobile social researcher" at the intersection of sociology, social psychology, media studies, children's rights and research ethics. She is a fellow at the Institute for Research of Children, Youth and Family at Masaryk University, Brno (CZ) and an associated researcher at the Institute of Sociology of the Romanian Academy in Bucharest.

Polyamory and the nanny state

Acknowledgement: The author would like to thank Luca Boschetto and Mihai Chira for their insightful comments. Luca Boschetto is among the founders of the first Italian web site on polyamory, Poliamore.org, and an activist on alternative relationship styles and queer and positive sexuality, both in his birth country, Italy, and as a co-organizer of events on open relationships at the European level, such as OpenCon Catalonia. Mihai Chira is a Romanian programmer living in London. As a sociology major, Mihai is passionate about social psychology, happiness and vulnerability research.