As an Australian living in Bangalore I am often asked about food. "Have I eaten?" "What did I eat?" and "What foods do people eat in your country?"

In fact, In Bangalore, and across Karnataka the phrase, "oota aitha?" which is literally means "Have you had your lunch?" is closer to the English, "How are you?" It took me a while to realise that when people asked me whether or not I had eaten lunch (several times a day) they were just being polite and enquiring as to my general welfare.

In the twelve months that I have been researching in India, I haven't just had to learn Hindi or how to drape my saree – I have literally had to learn how to eat. To succeed in this task, in the words of sociologist Marcel Mauss, I needed to acquire culturally specific "techniques of the body" alien to those I had acquired during childhood.

Learning to eat allowed me to integrate and work in India. It enabled my transition from a position of complete dependence on others to relative competence; in learning to eat, I am began to understand how to be.

"Had dinner? What you had?"

For many Westerners, the combination of a busy lifestyle and the social pressure to be thin culminate in many people regularly skipping either breakfast or lunch and eating their largest meal in the early evening. I discovered early on that this meal skipping business will not do in Indian dining. If one does not wish to offend one's host, second and third servings of everything are a must. And as for lunch — it may be the most important meal of the day.

I discovered this one particular afternoon as I was crazily whizzing through the traffic on the way to my college and munching my way through a small but reliable packet of Parle G biscuits. Feeling friendly, and curious about the "foreigner" occupying his auto the driver asked if I had had my lunch, "Oota aitha?" he said.

I nodded and gestured to the biscuits. Overcoming his brief look of horror and sympathy he replied, "Madam, for lunch you should have many items!". He was referring, of course, to thali. Compared to a thali, my biscuits must have looked fearfully inadequate.

The correlation between feeding others and nurturing them is a cultural universal. In India, though, the relationship between feeding, protecting and honouring other people, animals and deities is especially elaborate and colours daily life in fascinating ways.

Hindu practices prescribe "feeding" the idols during worship (puja) as well as anointing them with milk, yogurt, honey and banana. Only when the idols have been offered these items and "tasted" them, can these be consumed by devotees in the form of blessed foods, called prasad.

Beyond religious practice, food is central to social life and an index of power, difference and inequality. Eating together is an index of social relationships shared and unshared, desired and refused. Food isn't just there to be consumed – it should be touched and tasted in culturally specific ways. I had my work cut out for me to learn them.

As a westerner the most striking aspect of Indian dining is the lack of implements. Prior to any experience of taste, one must master the transfer of food from plate (or banana leaf) to mouth. To do so sans implements, I had to overcome years of socialisation which discouraged touching your food.

I would watch friends and other diners balling rice and dahl together, their fingers sticky with starch and wet from the tomato based sambhar and be amazed by their dexterity and slightly disgusted by the action of moving food to mouth. Initially I compromised by purchasing a large metal spoon.

This was an acceptable until a confused observer asked me why I was eating my dinner with serving ladle. At that point I accepted that learning to eat the South Indian way was an essential element of acculturation. My inability to do so created social distance that in turn emphasised my foreignness.

When I began eating with my hands, I found it difficult to hold the rice and dropped most of it either back onto my plate or myself before it reached my mouth. I also found that with rice covered fingers I dropped my drinking glass or failed to angle it correctly and spilt water all over my face — a key etiquette is never to place your lips or mouth on a glass, bottle or vessel which is shared by others. To do so would pollute the contents for other drinkers.

Over a number of months I became more confident and discovered that my difficulties were the result of an unconscious refusal to squeeze the rice together on the plate so that it would be sticky enough to make it all the way to my mouth. The conditioning I had received as a child required months of reprogramming, participant observation and coaching by friends.

Given my early difficulties adjusting to life without a knife and fork, I often asked friends about their experiences with western implements. The universal response was that food tasted better when eaten with fingers; the metallic taste of metal implements was avoided at all costs. This was confusing because unlike westerners, Indians cook with metal pots and pans, eat of metal plates and drink from metal glasses.

I was also advised that when one eats with fingers, it is impossible to burn your mouth; if the food it too hot to touch, it is too hot to eat. The use of fingers ameliorates the problems caused by biting into whole spices (peppercorns, cloves, cardamom pods and dried chillies), which are a key feature of South Indian dishes.

Eating with my hands required further reprogramming because in addition to learning how to eat politely I had to learn not to ever touch food, and also money and other people with my left hand which is reserved for the loo. On occasions when I absent-mindedly handed people money with my left hand they usually gave it back, scolded me and asked me to repeat the action with my right.

Having acquired passable table manners, I then had to learn how to taste the food I was eating — initially, I was not tasting as much as attempting to soothe the permanent burn, with water which made things worse, and with rice which made me bloated. Food cooked in pressure cookers retains heat and the South Indian palate is much more attuned to spices than the Australian home style foods I had grown up eating.

To my surprise, I found that I was not alone in suffering from chilli burn. It affected the North Indian young women living my hostel as well. Coming as they did from wheat growing regions where bread is the staple rather than rice and having little tolerance for red and green chillies, the girls could regularly be found eating two minute noodles for dinner.

Chilli, synonymous with Indian food was actually introduced by the Portuguese in their settlements on the West coast of South India during the 1500s. As such, the chilli is essential for South Indian cooking but is less important in the North. Varieties of Indian food that are popular in Australia are mostly North Indian style — Indian takeaway has more in common with British Asian cuisine than South Indian food.

Culinary differences, then, aren't just a matter of "Indian" versus "Western" ways. Elaborate cultural practices of preparing, cooking and sharing food distinguish different groups of people, but not always in ways that we expect. That we are able taste and to enjoy each others food (after some adjustment) is one of the true pleasures of meeting new friends, travel and of course, fieldwork. Oota aitha?

Learning to eat allowed me to integrate and work in India. It enabled my transition from a position of complete dependence on others relative competence; in learning to eat, I am began to understand how to be. 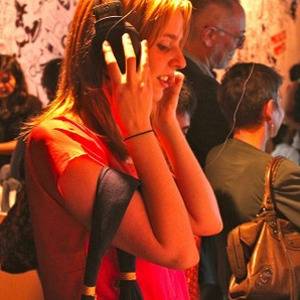 Gillian can eat with her hands, quote Shah Ruhk Khan and drape her own saree.

Gillian Bowan is an anthropologist from Sydney in Australia. She carried out twelve months of fieldwork in Bangalore, India, where she conducted fieldwork on a system of boarding houses in Indian cities called 'paying guest accommodation' that house single working women and college students.

More on the social construction of food and waste

More on the development of Indian food

Theories of the body in anthropology

Theories of eating and caste

More on hunger and inequality