They have been circulating for centuries, a living relic of traditional Chinese culture and an object that symbolizes ceremonies and kinship relations. Anyone who knows China is familiar with "red envelopes": gifts of cash handed over during holidays, weddings, and special events.

Until two years ago, nobody would have imagined that this traditional custom would undergo a digital facelift that would allow it to spearhead a revolution in financial and social transactions in China.

While the world of E-Commerce and digital bank transactions is not particularly new in China, the usage of digital red envelopes (hong bao) <em>is</em> new.

In early 2014, the WeChat social media software (a popular Chinese social network that enables chatting, forming groups and uploading status updates) launched a function that allows users to send money to other users with an animation of a red envelope and a possibility to compose a short greeting.

In February 9, 2015, WeChat cooperated with the Spring Festival Gala TV show to enable users to "grab" (qiang) hong bao by shaking their phone while using WeChat. By shaking their phone viewers could take part in a lottery and win money donated by large enterprises for this occasion.

Following this event, digital hong bao became commonly used for transferring money among friends, colleagues, and family members. The digital service can link users with their bank accounts or with amounts they had deposited or received via hong bao.

The amounts of hong bao sent are astonishing. A new record was set in Chinese New Year 2016 when 420 million people (3/4 of China's Internet users) transferred and received over eight billion online hongbao.

In December 2015, Tencent, the group running WeChat, published that an average Chinese sends one and a half hong bao a day. In addition to Tencent, media groups as Alibaba, Sina, and Baidu also offer digital hong bao services nowadays.

Details about the sums of money that are transferred through hong bao throughout China are less easy to obtain, but it is clear that these services are revolutionizing the rules of transaction and exchange.

Media discussions of this phenomenon, both in China and overseas, tend to focus on the economic impact of such services. Some commentaries are wary of the risks of corruption and bribery through online transactions or of youngsters who are addicted to the hong bao game. Certain cultural critics also comment on the materialization of relationships in China, indicating that such transfers of money between friends would be unthinkable in most societies.

In the following, I would like to discuss how digital hong bao both reproduces a longstanding tradition and modifies it to produce new social relations. With digital hong bao, money is the background but not necessarily the key for nurturing social relations. My findings are based mostly on conversations I had with Chinese friends during my recent one-year fieldwork in China, which also included my attendance at two Spring Festivals.

During my last stay in China I encountered give main types of hong bao transactions:

Overall, we see here a certain materialization of social interactions. This may indicate that in Chinese society hong bao resemble what Parry and Bloch describe as a cultural context where money is not antithetical to social relationships. This echoes common ideas on the Chinese business etiquette or the ancient custom of burning fake paper money when seeking blessing of deities.

Yet such conclusion would ignore the actual practice of hong bao and how the monetary platform is being played upon by users.

As I indicated, in the vast majority of hong bao transactions, the amount of money transferred would not exceed several yuan. In fact, the most common amount transferred in a hong bao during Spring Festivals was 1 yuan, no more than 20 Australian cents!

Much more than the size of the hong bao, a sender needs to consider that the amount corresponds Chinese lucky numbers such as 6, 8, 9 - for example 6.6 yuan.

The fact that the platform incorporates real money is not insignificant. Yet, I would say that money operates by its qualitative, rather than quantitative, significance. In other words, the usage of money indicates a certain commitment and generosity.

When one receives money, no matter what the amount, it can be put to good use, even if only by recirculating it as a new hong bao. Money makes friendly gestures tangible and socially recognizable. It perhaps undermines the "personal" (of course, many people in various occasions still prefer non-monetary gifts with a more personal imprint!) but it connects both the sender and receiver to the wider reality of economic and cultural exchange, which can be comforting and exciting.

Alexandra Jaffe, and anthropologist who studied commodified greeting cards, explains how cards are perceived as both a gift and a commodity, producing an intriguing leeway for various social interpretations. Similarly, cards interweave the private and the public, connecting a relationship to more standardized social idioms.

With digital hong bao, the realms connected together are even more extensive. Different value systems from different epochs can be experienced by internet users as intersecting in these online gestures. Youngsters can engage in a practice charged with cultural meaning without giving up the individualistic ideas they have recently adoped.

If, in the past, hong bao were linked with social hierarchies or a strict obligation to return a gift (one of the three obligations in "gift exchange" according to Marcel Mauss), with digital hong bao the system is much more open-ended and individual autonomy is seldom at risk.

As youngsters are the dominant users of this service, hong bao is indeed moving more and more into everyday interactions. The gestures become more playful and egalitarian, yet still involve headaches, particularly when navigating new social relationships.

For example, Liu Shuai, a 25 year old friend, told me that she hates receiving hong bao from not-so-close friends. She finds herself too often absorbed in the existential question–to pay or not to pay back? Cultural values of reciprocity keep her mind unease.

On the other hand, she is aware that online hong bao are reconfiguring rigid rules of exchange. If shet pays back, Liu Shuai might indicate that she is not up to speed with the contingent style of hong bao gestures. The intersection between cultural customs, economic transactions, and new forms of social relation can be joyful but also very confusing.

Finally, one cannot ignore that this re-appreciation of an ancient tradition is taking shape in a time when Chinese society is soaked with materialism. Individuals are attempting to make monetary exchange friendlier or, alternatively, to strengthen their social relations through the prism of money and red envelopes.

As for the greater problem of the materialization of their society – this is already a reality beyond their immediate control. 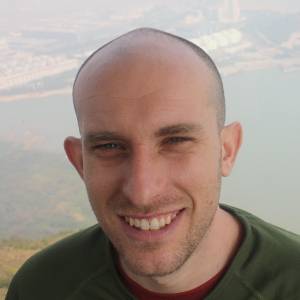 Gil Hizi is a PhD candidate in Anthropology at Sydney University. His anthropological fields of interests include contemporary China, phenomenology, affect and globalized ideas of personhood.