I am sitting in the back of the room, notebook open, dividing my attention between the roda (capoeira game) and the tourists who have just entered with their guide. The guide is explaining the basics of capoeira, an Afro-Brazilian martial art that combines improvisational sparring with music, dance, and theatrics.

This is the legendary academy of Mestre João Pequeno, housed in a restored slave fort dating back to Brazil's colonial era. A capoeirista myself, I have played at this academy several times, but tonight I am just observing.

A white European woman is playing the drum; the rest of the instruments are played by Brazilians, most of whom are dark skinned. Inside the ring are two men, one is Brazilian and the other Israeli. They circle one another. One kicks while the other circles away in defense.

Their movements become faster, bordering on aggression. Though no one keeps score, the Israeli is clearly getting the best of the Brazilian. The Brazilian man is frustrated. He takes a cheap shot at his opponent, but the Israeli man refuses to be drawn into a scrappy free-for-all.

When the game ends, they trade places with two of the musicians. The Brazilian man who has just finished playing takes over the role of leading the call-and-response songs. As the leader, he has the ability to improvise new lyrics that comment on the flow of the game.

Either not knowing or not caring that the Israeli spoke very good Portuguese, he changed the lyrics of a popular song to say, "foreigner, I'm going to get you."

Suspecting nothing amiss, the tourists continue to gaze on in wonder…as do I.

In recent years, Capoeira has become an international hit, but within Brazil it remains a cultural and political minefield. The state has had a love/hate relationship with capoeira. At the dawn of the New Republic, capoeira was outlawed because of its potential to be used as a tool of intimidation by gangs who were funded by corrupt politicians.

Then, riding a wave of popularity inspired by intellectuals' promotion of the regional arts, capoeira was named Brazil's national sport.

Yet despite having this honor and being legalized at last, capoeiristas themselves continued to be marginalized, in large part because of their identity. Afro-Brazilian men from the poorest social classes have traditionally made up the bulk of its practitioners.

However, the demographic composition of capoeira is changing. After being introduced to the U.S. and Europe, the demand for instruction has skyrocketed. Because they lack the innate markers of authenticity that are stereotypically associated with capoeiristas (i.e. blackness and Brazilianess), these students may feel like they are outsiders, categorically excluded from being a direct inheritor of the arts to which they are so attracted.

As a white female, I was initially unsure as to how my participation in capoeira would be perceived. I was not terribly concerned about the physicality of doing capoeira, my background as a dancer had prepared me for that even if the first few classes left me aching.

I was more concerned about whether or not my participation would be seen as an act of cultural appropriation. Did I have the credentials necessary to carry on the legacy of Afro-Brazilian slaves?

This uncertainty is by no means limited to capoeira. Questions have, for example, been raised about the cultural appropriation of yoga. Before conducting fieldwork in Brazil, I spent several years training with a capoeira group in Indiana (see this group in action).

Our group had a mix of black and white students, but none of us, save our mestre, fully embodied the traditional demographics associated with the art. There are some capoeira groups that take a racially exclusive attitude, banning non-blacks from participating.

While I have not personally worked with any of these groups, stories like that of an American (U.S.) capoeira group barring the participation of a white Brazilian mestre (master) from their all-black roda have become legendary.

Still, most of the capoeiristas with whom I have worked argue that the art should belong to those who dedicate their time and energy to preserving it, and that ownership should not be based on race. Yet at the same time, very few were willing to disregard the importance of race or ethnicity altogether.

Nationality is another issue that can cause anxiety for some capoeiristas. Before my fieldwork, I commonly heard American capoeiristas say that you really needed to train hard before going to Brazil because Brazilian capoeiristas would "test you" or "beat you up" in the roda.

While there were a few exceptions to this general rule, like the man who became so frustrated with his Israeli opponent in the opening vignette, most Brazilian capoeiristas are very welcoming of non-Brazilians who travel there to train with local masters.

In my research, I actually found the local capoeiristas to be more encouraging and indulgent of novices than were foreigners. Yet many non-Brazilians continue to express anxiety about their ability to play capoeira or about the degree to which they would be accepted into the local capoeira community.

One group of British women even confessed to me that they had intended to play in a local roda but backed out because they "didn't want to get killed."

Despite this complex discourse surrounding the bodies and social identities of non-Brazilian capoeiristas, a remarkable number of non-Brazilians do travel to Brazil to train in local academies.

Ever since I began studying capoeira, I had heard people saying things like "someday I'll get to go to Brazil" or "ask so-and-so, she's been to Brazil and knows how it really is." Eventually I realized that at a certain point in one's development, it becomes obligatory to visit the source of the art.

In my book, I have described this journey as a pilgrimage, specifically an "apprenticeship pilgrimage." In studying these pilgrimages, I couldn't help but wonder how these individuals who do not fit the traditional demographic profile of a capoeirista would fare when they went to Brazil.

Would local capoeiristas welcome them and respect them or just see them as cash cows?

There is no simple or straightforward answer to these questions. In some places, I did witness the marginalization of foreigners. Yet at other times, foreigners, myself included, seemed completely integrated into the local capoeira scene and were even thanked for the sacrifices they had made to add to the energy of Brazilian rodas.

In the end, each individual must negotiate his or her legitimacy within the context of the specific social fields he or she wishes to join.

In my research, I actually found the local capoeiristas to be more encouraging and indulgent of novices than were foreigners 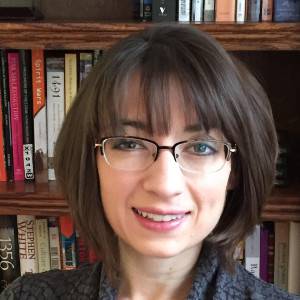 Lauren Miller Griffith is the author of In Search of Legitimacy: How Outsiders Become Part of the Afro-Brazilian Capoeira Tradition and an Assistant Professor of Anthropology at Hanover College.

In Search of Legitimacy: How Outsiders Become Part of the Afro-Brazilian Capoeira Tradition, by Lauren Miller Griffith