by Lydia Nakashima Degarrod on November 18, 2014

What is it to be an exile and know that home exists only in your imagination? I explored this question with nine Chilean political exiles as we worked together on the art installation Geographies of the Imagination (figure 1).

Over a period of 18 months we created 23 monoprint banners and nine videos portraying the internal worlds of long term exile. The collaborative creation of images was an important ethnographic tool in learning about the internal condition of exile. Art making was a conduit for the participants to recall and visualize the past through images. Collaboration helped us to share and reflect on the past.

Learning about the plight of exile is relevant today. We live in an era of massive displacement of peoples. The United Nations recently announced there are over fifty million refugees in the world, the highest since World War II . Refugees, the legal term for exiles, are people who have been forcibly displaced from their homeland because of war, climate catastrophe, political or economic reasons.

The participants of the Geography of the Imagination art project became exiles during the major exodus in the history of Chile when approximately 2 percent of the population fled to more than two hundred countries during the regime of Augusto Pinochet (1973-89), who deposed the democratically elected socialist president Salvador Allende in 1973.

Pinochet used exile as one of the tactics to rid the country of opponents to his regime. The Chilean exiles arrived to California from 1973 until 1979. Their exile officially ended in 1989 with the end of dictatorship, an event that they believed would come much sooner.

The exile Fernando viewed his years of early exile as his "years in parenthesis," a time in which he lived solely in relationship to Chile. He believed that at any moment the dictatorship would end, and lived "with a suitcase under the bed, ready to leave" (figure 2).

Their first visit to the homeland was a traumatic event and the final turning point in their decision to return and to remain in the host country. The country they encountered was not the one they had dreamt about while away.

Chile had drastically changed from a moderately socialist country to an example of a neoliberal capitalist economy on the theory of Milton Friedman. Time had created a gulf between them and their friends and relatives. Most of their children did not like their parents' country. These factors shaped their decision to remain in the host country.

Thirty years later, however, the exiles continue identifying themselves as exiles. Why? Because they continue experiencing a discontinuous state of being, characteristic of the condition of exile. While they do not long to return to the homeland as they did during their early years as exiles, they are aware that the place that they miss doesn't exist any more. They have become exiles from the Chile of the past, a place that exists only in their memories and dreams.

Yet their identification and feelings of belonging to the host country are ambiguous and vary according to the situation. For example, throughout the project Eliana oscillated among her different identities and places of belonging. When making her monoprint banner (figure 3), she expressed her identity as Chilean and Chile as her home. At other times home was United States. And at others, she expressed a lack of belonging. "I don't belong to any country. My family is my country," she said with great sadness.

Their experiences are similar to members of a diaspora and as such they exhibit hybrid identities and a sense of ambivalence towards the homeland. Jaime, who chose to be depicted with his face divided in two (figure 4) expressed these feelings during the creation of his monoprint banner saying:

"I feel divided. I lived in two different Chiles and I am here too. I feel that I stayed somehow in the middle. I love to go to Chile and live there because life is more placid, quiet there… There are two Chiles, the Chile of my memories and dreams, and the Chile that changed and that expelled me and to which I don't belong. I feel that this country has treated me well, that I have done more than I could have done in Chile, that my rights are respected here, that social classes matter less than in Chile. But, also that I don't belong here. I am an outsider and I will always be one here. In Chile, on the other hand, I belong there, but at the same time I can't accept the social and racial discrimination in Chile, and what happened to me there."

The condition of exile is internal. Exiles rely on their imagination to make sense of their past, of the homeland, and of the new places where they reside. Collaborative art making was the bridge that created the opening and sharing of imagination among the participants.

Two aspects of the nature of art making that facilitated the sharing of imagination are the following.First, the plasticity of image making allowed creating specific images of the past. Second, the process oriented nature of art making created stages that permitted the participants to pause and reflect on the past.

The time involved in the creation and in the reviewing of the images contributed to a flow of more memories and reflections, and on some occasions, an envisioning of different images to correct the injustices of their past.

My involvement in this project was multiple. I participated as a visual artist, as a cultural anthropologist, and as a Chilean living in the USA. I was a co-producer of the images, working in collaboration with the participants, and a catalyst for the emergence of memories, images, and social relations by designing the situations in which these phenomena emerged.

As a visual artist, I was influenced by ideas from Nicolas Bourriad's relational aesthetics which de-centres the role of the artist as the creator, and focuses on the creation of social experiences and connections. As the ethnographer, I was influenced by Johannes Fabian's notion of performative ethnography, in which the ethnographer is an active participant in the events performed, as well as a producer or a catalyst for these situations and events.

I am also a Chilean who has lived most of my life in the United States. While I am not an exile, I share with the participants of this project similar feelings of estrangement from our homeland. The following video expresses these feelings.

They are aware that the place that they miss doesn't exist any more. They have become exiles from the Chile of the past, a place that exists only in their memories and dreams. 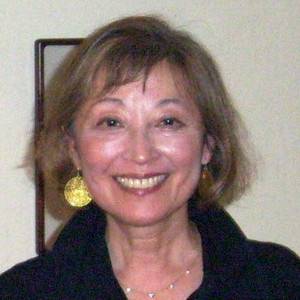 Art as a reflection of human social and cultural life

Lydia Nakashima Degarrod, Ph.D., is both a visual artist and a cultural anthropologist who creates installations that blur the line between ethnography and visual art. Her aim is to convey experiences of extraordinary nature and address issues of social justice. Her latest work, Geographies of the Imagination, explored the inner images of exile.

Where Memory Dwells: Culture and State Violence in Chile, by Macarena Gomez-Barris (2008, University of California Press)

Arts Based Research, by Tom Barone and Elliot Eisner (2011, Sage)

Diaspora, Memory and Identity: A Search for Home, edited by Vijay Agnew (2005, University of Toronto Press)