How Kerouac's On the Road influenced my generation

The Beat Generation began with a group of literature students in the 1940s who had a new vision of life trying to change the world, giving freedom to the youth to question and go in search of the lifestyle they wish.

While their influence has waned with time, in Brazil there has been a resurgence of interest in this group of misfits and their values. People are reading Jack Kerouac's famous book "On the Road," first published in 1957, and the youth especially aspire to the Beat Generation's ideals.

Why Brazil, and why now?

To answer these questions, I launched a research project called "How Kerouac's On the Road Influenced My Own Generation" as my final year project at my university in Brazil. My research compares the Beat Generation with my own generation, the contemporary youth in Brazil.

I have interviewed many self-identified members of the Beat Generation, their families and friends, and experts. One of my interviewees was David Amram, a musician friend of Kerouac who worked with him in the project "Pull my Daisy" in 1959. He shared the following with me:

"I'm glad that you're interested in something that happened years ago, but which is more appreciated now. When I met Johnny Raf, the father of Bossa Nova in Sao Paulo, he told me that a saint is never appreciated in his time and country."

David's observation made me reflect about the importance of The Beat Generation beyond its time and space. Kerouac's social significance and talent were not widely recognized in his time. His style and ideas were criticized by the media and other writers. For example, Truman Capote told him that he wasn't writing, he was typing.

The book On the Road was first published in 1957 in the USA, but it has a great influence on youth in Brazil, even 57 years later. It's hard to define the exactly reason why this insurgence of interest in the Beat Generation is happening right now, but there are some motives we can reflect upon.

The movie version of On the Road was released in Brazil in 2012. It was promoted extensively by the Brazilian media because the director, Walter Salles, is Brazilian. Many young people watched the movie and started reading the Beat Generation's books to learn more about them. Now many Beat books have been translated to Brazilian Portuguese, and a number of movies about The Beat Generation have been released in Brazil.

On the Road—the movie and book—changed the way that some young people in Brazil view their society and their role in it. Of course, we don't have a Route 66 to cross the country driving a car, but we can adapt this concept of freedom to our reality. My generation is under the pressure to get a good job after college to keep a house and family before they are thirty years old, at the same time they are trying to find out who they really are.

So the question is: Is it really necessary to follow social rules about growing up to be happy? Many young people in my country finish the college and start a new course or go to travel because they are not sure about what's next or they are not sure about who they really are or want to be. Managing this tension between freedom and responsibility is part of becoming an adult.

"…mad to live, to talk, to be saved, desirous of everything at the same time, the ones who never yawn or say a commonplace thing, but burn burn burn like fabulous yellow Roman candles exploding like spiders across the stars."

Kerouac opened many doors to the future for youth. In some ways the Beats lifestyle is more accessible today because it is less condemned. Many attitudes mentioned in On the Road and other Beat Generation writings have become commonplace as time has gone by.

There are plenty of young people who have never read On the Road, but they nevertheless imitate Kerouac's vision of life. They live the life script for twenty-somethings sketched out by Kerouac half a century earlier, without knowing this great reference. The influence of Kerouac is felt even when he is unknown.

Living the Beats' ideals is no longer radical, because we are living in a different context and historic moment, and so many of their attitudes have become normal. But it's still possible to use the freedom they gave us to contest those who would tell us how to live.

There are plenty of young people who have never read On the Road, but they nevertheless imitate Kerouac's vision of life. 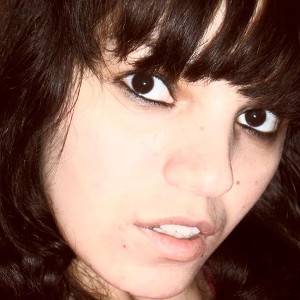 Jacqueline is a fashion design student in her final year at Senac in Brazil. She has been researching fashion trends and youth culture, doing visual ethnography and trend forecasting since 2010. Her goal is to improve her knowledge about youth culture and trends research using scientific methods.

How Kerouac's On the Road influenced my generation

On the Road by Jack Kerouac

This is the Beat Generation, by James Campbell

Mania: The Story of the Outraged and Outrageous Lives That Launched a Cultural Revolution, by Ronald K.L. Collins and David M. Skover