How burying my father made me believe in anthropology

I had just graduated college when my father died. He died unexpectedly, in the Philippines. In less than 48 hours my mother and I packed our bags and flew from Los Angeles to Manila, a city in country I hadn't visited since I was nine.

No one told me we would be having a traditional Filipino funeral for my father. I found out when we walked through my uncle's front door and saw my father's open coffin displayed in the living room.

I whispered to my mother, "Where will we be staying?" My mother answered, "Here." My father wouldn't be buried for more than a week.

What I saw terrified me. The mortuary had sent a display along with my father's casket. Hanging in the background were red velvet curtains with a three-foot tall gold crucifix floating in the middle from a wire. On either side of the casket were ornate candelabras that glowed from a dozen flame shaped bulbs.

But as frightened as I was, I knew the worst was coming. Summer had just begun and it was already close to a hundred degrees inside the house. And on the morning of the second day, it happened. My father began to decompose. When I saw the mould growing on his face I slowly backed away from the casket.

As long as I moved slowly I could contain the horror and revulsion that was churning inside me. I told my aunt what I had seen and I expected her to react with alarm. Instead, she went to get the rubbing alcohol from the bathroom and wiped the mould off with a piece of toilet paper.

I was an American. In the United States, dead bodies are taboo. They are immediately separated from the living in funeral parlours where they are kept in refrigerators. To see human decay is repugnant and unnatural. I had a responsibility to be respectful to my father's family, but I was on the edge of panicking.

Anthropology became a set of instructions on how to act and what to think. I forced myself to focus on how my nausea was a cultural construction. "Of course it is," I reasoned. How else could I explain my cousins happily eating chicken salad sandwiches, a rare treat, a few feet away from my father who had begun leaking moisture from his eyes and mouth?

Over the next several days, my experience began to change. In place of disgust, I started to feel grief. Where there was fear, I began to see beauty. I watched elderly women gaze tenderly into the casket and coo my father's boyhood name. They didn't see the putrefying body I had been dreading all week, only the person they had taken care of as a child.

I learned why there was constant activity in the house. Mahjong tables were set up on the porch for neighbours who never went home. People slept in shifts. "There must always be someone awake to stay with the body," my mother explained. It was profoundly moving to know that a community had come together to make sure that in his last moments on this earth, my father was not alone.

I had already fallen in love with anthropology in college, but now, I believed in anthropology. Understanding its principal tenets could do good in your life, despite its colonial origins. It helped me take responsibility for my actions and see that saying, "I just don't understand," cannot be your final engagement with a situation that is unfamiliar.

My commitment to anthropology was so strong that when I returned to the United States, I put tremendous energy into every opportunity I had to share its teachings. When I was a teaching assistant in my PhD program, I kept returning to the invisibility of my students' assumptions whenever they thought they were being objective. Later, as a high school teacher, I drilled 14-year-olds into adding cultural context to every general statement they made.

Life is serendipitous. I am a better person because of the discipline of anthropology. Yet, I know it is only because I was essentially forced to experience a traumatic event. Like many things your parents make you do at the time, you do not see the benefit.

I believe that my deep relationship with anthropology was my father's final gift. And, wherever he is now, I'd like to say, "Thank you, Dad."

Now, I believed in anthropology... It helped me take responsibility for my actions and see that saying, "I just don't understand," cannot be your final engagement with a situation that is unfamiliar. 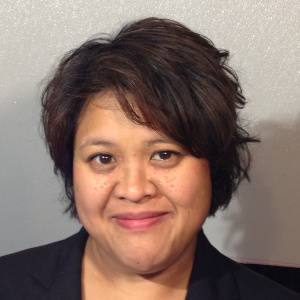 A writer and actor who does anthropology

Henrietta Chico Nofre is a writer, playwright and actor living in the San Francisco Bay Area. She is also a former PhD candidate in the Department of Anthropology at Stanford University where she studied stand-up comedians in Hollywood. Her research interests include comedy, performance, research design and field methodology.

How burying my father made me believe in anthropology

Douglas, M. 1991. Purity and Danger: An Analysis of Concepts of Pollution and Taboo. London, England: Routledge.