Let's first take a look at this new Brazil. With a population of 200 million people, four times that of 1950, and an economy so large that in 2011 it overtook the UK to become the sixth largest in the world, Brazil is now known as a member of the BRIC countries (Brazil, Russia, India, China). This acronym was created in 2001 by Jim O'Neill, an economist at Goldman Sachs, to denominate "emerging economic giants."

Indeed, in the past decade not only Brazilians but many of the trendsetters in the developed world were mesmerised by the country. There have been countless newspaper articles, magazine special issues, and books published about Brazil, including a special issue on Brazil by Vanity Fair in 2007.

In 2010 Wallpaper Magazine, the bible of trendy designers and artists, dedicated a whole issue to cover what it called "the most exciting country on earth." From architects to interior decorators and fashion designers, Wallpaper praised the country for its creativity and fast pace. Its editorial read: "For a few magical weeks, Wallpaper shifted operational HQ to Brazil. We had a single aim: to produce as true a portrait as possible of an extraordinary country at an extraordinary moment of transition."

Fast forward four years and we are in a pool of disappointment. The infrastructure–such as fast trains, better public transport and roads–promised by the government was half built or not built at all. And yet the amount of money spent is said to be enough to host three World Cups. It's anyone's guess if the money disappeared into stadiums built in the middle of nowhere and in towns that don't have top soccer teams, or in the pockets of developers and politicians.

The population is outraged that this massive amount of funds was not used for social infrastructure such as public schools, hospitals, and transport. To the shock of the politicians who thought they had (literally) a winner in the Cup, people took to the streets during the Confederations Cup in June 2013. They were met by a police force for which using violence was the norm. The pictures of the brutal confrontations made news all over the world.

So here is where we get to my assertion that we are in an entirely different world, not just a new Brazil. Since the Arab Spring demonstrations starting in 2010, we have seen populations in several countries protesting in the streets against dictators and big businesses. From Egypt, to Yemen, to Greece, to Turkey, to the indignados in Spain, and the Occupy Movement starting in the US and spreading the world over, young and old have taken to the streets to show that they don't want to live in a world where one percent of the population holds 99 percent of power and wealth.

The gap between the extremely rich and the rest of the world has widened in every single country in the past two decades, even in countries, like those in Scandinavia, famous for their welfare state. The world seems to have become radicalised and fractured in ways not envisioned by the flower children of the 1960s.

And this is the moment we can talk about FIFA, a "not for profit organisation" in the words of its president Sepp Blatter. For Brazilians (and now many around the world), FIFA epitomises imperialism and foreign interests taking precedence over national interests. FIFA is the big business which can change laws, pollute, and destroy the developing world in the name of profit, and is not answerable to anyone. We've seen this before but now this seems to be a more generalised and normalised phenomenon. That's why Brazilians are tagging every wall in every city with "FIFA go home."

This is, of course, a new take of the old '60s motto "Gringos go home" (gringos being foreigners, mostly North Americans at the time). Reading comments in The Guardian newspaper whenever there is a story on the protests in Brazil, I see many foreigners siding with Brazilian protesters. They often write that these big sport spectacles serve the wealthy and the money doesn't really trickle to the local population. Evictions, deaths in construction sites, exclusive broadcasting rights, tax exemptions–they all dry up the trickle flowing towards the local population.

Brazilians and millions of people from around the world love the Jogo Bonito. How can they enjoy the games when they are now aware of their dark side?

Brazilians are deeply ambivalent about this World Cup (a feeling shared by many others in the world. See John Oliver's brilliant rant on FIFA). They feel disappointed at what was supposed to be their moment of glory in the world stage, but they also feel excited about the world coming to them. On Facebook they are telling friends to protest against the government during the presidential elections in October, not during the Cup.

Even if this one will not be like past Cups when excitement reached fever pitch, I believe Brazilians will start celebrating and dancing on the streets when the Cup starts.

But we must note that what's taking place in Brazil is not an isolated phenomenon. It is part of the same process of widening the gap between the power and interests of big business (be it big pharmaceutical companies, mining corporations, tobacco companies, and FIFA) and politicians, and the population they are supposed to serve and represent.

What's taking place in Brazil is not an isolated phenomenon. 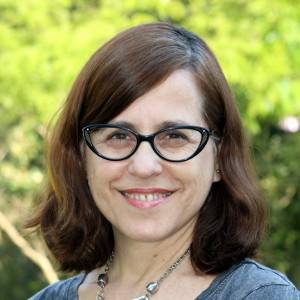 Associate Professor Cristina Rocha is an Australian Research Council Future Fellow and Director of the Religion and Society Research Cluster, Western Sydney University, Australia. Her research focuses on the intersections of globalisation, migration and religion.

What is going on in Brazil? The World Cup and its malcontents, by Cristina Rocha.

The New Brazil: from Backwater to a BRIC, by Riordan Roett (2010, Washington: Brookings Institution Press)

Brazil on the Rise: the Story of a Country Transformed, by Larry Rohter (2010, UK: Palgrave Macmillan)