The year was 1986. Once again the client was Canon. But this time the project was a very big deal, indeed. Canon was about to introduce its new EOS autofocus, single lens reflex (SLR) camera system. Autofocus was still a new feature, and Minolta had stolen a march on other camera manufacturers. First to market, it was gobbling up market share. But once again Canon claimed to have a better idea.

In Minolta and other existing autofocus cameras, the motor that moved the lens was built into the camera body. They focused quickly and smoothly enough with small, standard-size lenses; but longer, heavier, telephoto lenses demanded more torque than the motors could deliver. As a result, these cameras would need more time to focus, causing photographers to miss great shots, especially with moving subjects.

Canon’s solution was to build the motor into the lens, with each motor tailored to the length and weight of the lens in which it was incorporated. As a result, EOS cameras would autofocus as quickly with long as with short lenses.

That was the technical side of the story. Politics also intruded. Prior to the launch of EOS, Canon had always used separate local agencies in each European country in which its cameras were sold. But a senior executive at my agency was a schoolmate of the manager in charge of the EOS launch at Canon. He suggested to his old friend that, since they were launching this radically new technology, they needed to put together a pan-European campaign.

Thus, it was that our agency got to pitch for the business and the creative director and another copywriter went off for what became known around the agency as "the zombie tour."

Nobody in Europe liked the ideas our agency had come up with. The local agencies threw up a barrage of not-invented-here, will never work in our language and culture, objections. The first pitch was a total disaster. But by this time the manager at Canon had a stake in getting the work done in Japan, and our senior executive's schoolmate tie was enough to get us a second chance.

I don't remember who it was who came up with the "Power Eye" concept that Canon bought; I seem to recall that it was the senior account director. Be that as it may, when the art director and I went off to Amsterdam for the second pitch, we won the business. That's when our headaches really began. The client had bought the concept; now we had to come up with ads and, in particular, the TV commercial for the launch.

During the next rounds of brainstorming, the marketing strategists brought up an important point. EOS wasn't simply competing with Minolta and other camera manufacturers in a single product category. The new EOS system would carry a hefty price tag, around 1,000 Deutchmarks, and would not only have to compete against other cameras but also with other alternatives that those with that kind of money to spend could choose instead of photography: video decks, camcorders, golf clubs, custom-built surfboards, yachting or skiing vacations. It would have to re-sell still photography as a high-end hobby as well as the new technology.

Again, I don't remember who first proposed the idea that Canon bought. The TV commercial is set at a show-jumping competition. The proud, and necessarily rich, father of the girl on the horse, is eager to capture the moments in which girl and horse soar over each barrier.

There was just one problem. To be ready on time the commercial had to be shot in February or March—and there is no show-jumping in Europe at that season of the year.

But, hey, this was the mid-1980s. Japan's economy was approaching its bubbly peak. So the creative director, film director, producer, and cameraman flew to Florida. The model and the other production staff, the assistant cameraman, stylist, makeup artist, and grips (the people who set up the lighting, cameras, and other equipment) were recruited via a coordination agency in New York.

As the copywriter, I was allowed to come along in case any last-minute changes to the script were required. What I mainly did was socialize with the mother of the girl on the horse, to keep her distracted and not interfering with the shoot.

How did it all come together? That's how I recall it. As for the others involved….

We won the business. That's when our headaches really began. 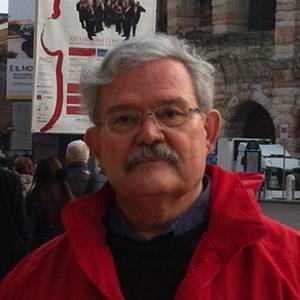 The anthropology of mad men and women, by Robert J. Morais (2012, Huffington Post)