My morning in an open-air drug market

In September of 2012, the mayor of Bogotá launched an unprecedented public health initiative to provide medical attention to the gravest cases of drug addiction in the most degraded and feared zones of the city. One of these zones is 'El Bronx', which, according to official figures, houses around 20% of the city's 10 000 homeless population.

What unfolded was an extraordinary encounter between the abject and all that glitters — officials' cars rolled in, an events tent and stage were assembled. Journalists watered at the mouth (it's rare that they can even get a shot of this notorious area, but the security detail and high volume of attendees created a buffer zone).

Then the intervention began. The brand new white medical unit pulled up outside the barricade that blocks entry to the street. A garbage truck entered to carry out the sanitation process, emerging with mounds of garbage as high as the humans inside.

It's as if a nest were agitated and the insects came scuttling out – cocooned in dirty blankets, yelling, smoking, stumbling. Reporters raised cameras and microphones, but one of the 'heavies' or internal guards of the zone ordered them to step down, asserting their ultimate control over who and what they allow the public to see.

An hour later the mayor of Bogota arrived and took the stage. Police, public servants and ministers huddled under umbrellas — ostensibly sheltering themselves from the rain, although one couldn't help but feel they were clustering together to avoid making eye or body contact with the addicts ambling through the crowds. There was a palpable sense of 'how much longer?' — one member of the mayor's security detail leaned in to me and whispered "cover your mouth, they're all swarming with tuberculosis" .

A nucleus of criminal activity, El Bronx is where addicts and the homeless pawn stolen Blackberries, where counterfeit money is traded, where children are trafficked into prostitution, where hit men are contracted. The addicts and debris are mere overgrowth.

This criminal offspring of Bogota's sprawling informal sector (around 60% of Colombians are either unemployed or engaged in informal, unstable employment) is tightly controlled territory, overseen by one of Bogota's wealthiest criminals, who, I'm told by officials, lives in the city's affluent north.

But it is also home to street poets, homeless writers, even a singing duo who rehearse inside before heading out into the wider city to busk.

The community 'leaders' are the conduit between the criminal and the official. They are key to smoothing over relations and warding off resistance by assuring the insiders that this is a legitimate public health initiative, that no-one is entering to challenge the existing power structures. Insiders are right to be wary — many of them were previously residents of El Cartucho — an enormous slum that was cleared in the late 1990s-early 2000s.

The clearing of Cartucho purported to be a recuperation of public space, but it only served to purge the immediate centre of the city of its desechables (literally 'disposables'). Many members of the 'community' were displaced to other parts of the city, but a large proportion shifted a mere few blocks westward to form El Bronx. Business resumed as usual.

The community leaders of El Bronx (neither addicts nor pushers) have their own recycling businesses in the zone — it's just that this zone happens to be a criminal underworld. They've spent years here handing out change to the homeless who come to trade in recyclable goods.

As Bogota sleeps, the homeless rummage through the garbage left outside for collection. They take plastic knapsacks, horses-and-carts — whatever serves to collect mass volumes of recyclable goods — and bring them back here. 'The recycling business makes good money', says my guide, 'I choose to stay here. I've been here for years'.

Also referred to as 'La L', due to the shape of the market's thoroughfare, El Bronx is less an 'L' and more a 'U' — one walks in, across, doubles back and exits. A sensorial overload of two turns and then it spits you out like a ghost train. There's the canteen where occupants can buy a mound of gruell-like substance, speckled with mould and served on a sheet of newspaper. It goes for 1000 pesos (US 55 cents).

To put this into perspective, a beggar might receive 100 or 200 pesos with each handout, 500 if he's lucky. Someone may therefore have to beg up to ten times for this rancid Mr Whippy-shaped mound. Better to invest in a daily supply of the zone's cheapest drug, which values around 6000 pesos ($US$3.20).

Strolling through the main thoroughfare, I see people twitching and contorting as if their limbs and eyelids won't obey their gaunt frames and faces. For every group of people sitting around smoking joints, there are another seven or eight packed together, sleeping, wrapped in blankets in spaces that resemble pigsties. Shanty-like structures line the perimeter of the alleyway, jutting out from the permanent housing.

On the second floor are the snipers keeping watch. They have guns in backpacks that rest against their legs. I can't make them out too well, but I'm told that upstairs is a different world – in between shifts the snipers switch seats, the other of which faces a state-of-the-art flat screen television. I'm reminded of Roberto Saviano's description of open drug markets, that they "have an impeccable organization that contradicts any idea of absolute degradation.

My guide has a Ratso Rizzo-like quality. He quips and rambles as we wind through the marketplace. 'Don't worry you don't stand out that much! There's a Polish guy here! The polish guy can bear more cold than most of these guys! He sleeps with a sheet, not a blanket! Ha!' A city official had earlier told me that it is not uncommon for tourists to come to Colombia, party too hard, lose their bearings, cash and minds, and end up here.

I ask who are the imposing group of young men playing pool. They show no signs of malnourishment, addiction, or desperation. "Those are the guards," my guide tells me. The guards play a vital role in maximizing profit. "People from every strata of the city come here to score. But they need security when they pull up in their expensive cars."

The role of the guards is to ensure that upper class addicts are neither robbed nor attacked by the Bronx-dwellers. The approaching buyer will call one of the guards and request that he escort them through the market or bring the drugs to the car.

While drug addiction transcends class and status, there is a hierarchy of consumption. Those resembling sleeping orphans beneath their uniform blankets are the bazuco consumers — the bottom-level consumers. Bazuco is a small amount of cocaine base mixed with substances ranging from cement, to pesticides, to washing detergent, to grounded-up house bricks.

I'm assured that there is no violence inside, only on the outskirts where addicts leave to rob those not from the Bronx (it's but a few blocks from the Presidential Palace). Inside is controlled, the snipers poised should the police enter (they don't), should the territory be challenged, should a reporter come snooping.

My chaperone from the city office introduces me to three individuals and stresses that I must only deal with them. One is younger, in his early twenties, and asks me to help him 'find a good education', the request entirely indicative of the state of Colombia's public institutions.

At events such as these — community outreach, state-financed community events — where the privileged fleetingly cross paths with the marginalized, the latter snatch at any short-term gain the former can offer. And the greater the divide between the fortunes of both teams, the more brazen the snatch and grab effort.

Drug addiction has lacquered on an extra layer of desperation. Addicts beg journalists and officials (some retreat to their cars for peace). Meetings are scheduled: 'Come see me again as we're leaving and we'll talk'. Based on my own interactions with incoherent locals, I have agreed to smuggle someone into Canada and film a documentary with another.

People disappear for decades into these parts of the city. This is where the term "olla" comes from. Colombians use it to refer to the uninhabitable parts of the city, the sites of transgression, vice and criminality that no one dare enter. I misunderstood the term for many months, having never sought out the exact translation. And then one day, the term surfaced again, at the entirely other end of the income spectrum as I was enjoying a weekend at a friend's expansive country house helping out in the kitchen.

"That's an "olla?" I pointed to a ceramic casserole dish. "Yes," replied my friend's mother, "you toss everything in, seal the lid, and let it simmer for hours." I was still unclear on the origin of the term in the context of rough neighbourhoods… "Well, I suppose… because once you're in there…" , in went some chopped cilantro and the lid was sealed. She dusted her hands clean, "…there's no way out." 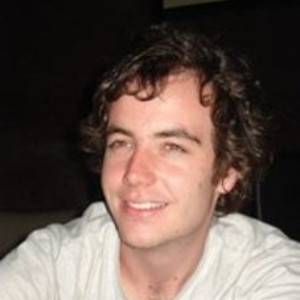 Investigating all walks of life in Bogotá, from slums to high-class fiestas

An aspiring screenwriter who became an anthropologist so he could one day turn his ethnographies into a Latin American version of ‘The Wire’. He is currently working on an ehtnography of social class in Bogotá, Colombia, entitled ‘The Law of the Most Alive’.