A casual field-sociology of tour guides

Chee-che-WHAT? Try Anglicized sis-uh-ROE-nee (rhymes with macaroni). Better? The cicerone is the traditional European tour guide, from the era of the original Cook's tour, the fellow hoisting his trademark umbrella so as to be located among the throng for the benefit of his little flock of wide-eyed tourists. The title derives from none other than famed Cicero (KICK-er-o to his contemporaries), because the stereotypical European tour guide ostensibly pretended to comparable insight and grandiloquence (at least in Italy).

As recently as the 1980s, the cicerone, complete with umbrella, was alive and well in England—in the case of my own experience, he was (fittingly) an Italian bloke. However, his recitations at various stops were, to my ear, more pedestrian (we were all afoot, of course) than Ciceronian. And before we, the tourists, were discharged from the bus at prepaid-tour's end, we were rather sternly admonished that gratuities not only were permitted, but also expected (full stop). Under orders, I chipped in—albeit rather sternly.

Although the umbrella-branded ciceroni may have gone extinct where they once were de rigueur (I don't travel enough to know), I think it worthwhile out of curiosity—morbid or otherwise—to examine virtual cicerones (tour guides sans umbrella) operating elsewhere, with a view toward possible discovery of shared traits. I resort here, then, to some of my experiences (such as they are) with travel guides of other descriptions and other places.

To Peshawar, Pakistan, where once I hired car and driver (one Mohammad) for an excursion into the Swat valley (of subsequent Taliban infamy and Malala fame), where I anticipated seeing a statue of Babe Ruth, "Sultan of Swat." (Not really.) Mohammad, clad in army olive-drab, was after a time at pains to disclose his personal misfortunes: first the sad tale of his erstwhile home being shelled in Afghanistan, then, later (the first tale apparently having evoked too little hand-wringing), the accidental electrocution of his one and only son (which event he somehow rattled off sans both context and emotion).

I detected in these forthcomings not a little unflattering affectation, extending to prevarication, and Mohammad's demeanor generally was somewhat haughty, in consequence of which his terminal gratuity in Islamabad was, I'm afraid, something less than his likely expectation, as evinced by a somewhat spiteful look of resignation.

In Lahore, my intended self-guided look at the miserably dilapidated and untended Shalimar Garden, of erstwhile Mughal splendor, was interrupted by a freelance gentleman in (second-hand?) suit, who made so bold as to very forwardly introduce himself, style himself a guide by desperation, and to explain gratuitously his undeserved dislocation from former professional stature in (I've forgotten what purported pursuit).

When his offers of guidance were politely turned down, he became (à la professional beggars of Pakistan) quite obdurate in his insistence, with the object that I would perforce relent and cross his palm, if only to stay his intolerable importuning, which was in fact intensified even as my rebuffs became more obtuse, finally leaving me no recourse but retreat, and abandonment of the sorry precincts (where also lurked a prostitute and her pimp, making themselves tacitly obvious in following closely).

No tour, then, and no gratuity (or alms) for the incredibly overbearing gentleman "guide."

In Guatemala, Nuri (sounds, to the Freudian ear, like "nude-y" ) was our working-mother driver and guide, botanically naive, but versed in the historiography of each and every gilt cathedral of Spanish colonial vintage, and who surprised us latterly with the arrival of her congenial (and unemployed?) engineer husband and two young children at Chichicastenango, who joined us in a brief walking tour, and later (surprise again!) in sunbathing on the hotel deck. Nice kids, they were.

Unfortunately, I had not the means to contribute materially to their higher education or other good family cause, as reflected in only modest greasing of the thank-you-very-much-and-goodbye palm—all I was capable of, having prepaid the very expensive private tour: Nuri was, consequently, less than delighted, to judge from her last-seen, stolid countenance.

In Costa Rica, José, humble caballero-cum-wrangler, conducted us (me, my espoused, some Germans) on horseback from El Mirador down the jaguar-haunted mountainside, fording a sizeable river in which our horses swam, ultimately to set us down lakeside opposite the Arenal volcano, where my wife and I spent the night in a rented tent, hoping to witness some pyrotechnics from Arenal (which fiery edifice obliged us in the wee hours of the night).

Upon retracing our route after José's return with horses next morning, he detoured without notice to introduce us to his wife, children, and home—an entirely unexpected ethnotouristic excrescence on our equestrian expedition. Here José thought to tell us that his father unfortunately had drowned only the year before in crossing the same river we twice had crossed, which was then in spate, and that, owing to strict primogeniture, he, José, a younger son, was bereft of erstwhile fatherly aid to his family; and wide were the white smiles of mujer y hijos, yet mucho dinero was, in the event, not forthcoming. "American tourist" and "el rico," I fear, are wrongly equivalent in Sr. Roget's tesauro.

In Constantinople, our concierge-sans-desk at the hotel was congenial polyglot Mr. Unal. It was he who pleasantly introduced tourist to fellow tourist and foretold our itinerary, over glasses of wine and Efes (the domestic Turkish pilsner, which I quite like), on the evening before our taking to mini-bus under the wing of Ziya (a walking-talking encyclopedia of Anatolian history, lore, and culture). We heard during two weeks neither from Ziya nor from accomplished driver Ismail a tale of woe (much to their credit), nor was anything about Turkish wife or child brought up (and none among us deigned to pry).

But on our eventual return to the hotel of origin, Mr. Unal, to all appearances in fine fettle, first pretending not to notice me to the side at table, as he monitored with some considerable animation efforts of a Turkish basketball team on the behind-the-bar TV, then feigning surprise in turning toward me, then renewed long-lapsed conversation with,

Call me a cynic (I am that). But if you dispute my inference that tour guides worldwide are much practiced in the tale of woe (not unlike the used-car salesman who told me of his mother's impending expensive operation) and/or in eliciting patronage of humble little families, I shall have to take issue. 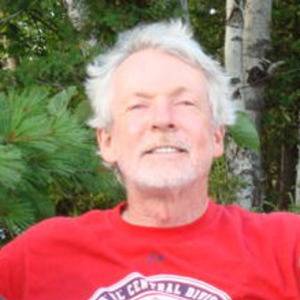 "When preparing to travel, lay out all your clothes and all your money. Then take half the clothes and twice the money." – Susan Heller