Being human is messy. Unable to face this fact, since ancient times humans have endeavoured to provide a concise description of human nature. But the narratives frequently offered up for whom we are and why we do what we do are mostly wrong. There is no battle of nature versus nurture.

In my recent book, Race, Monogamy, and Other Lies They Told You: Busting Myths about Human Nature, I argue that we need to find ways to look beyond our assumptions. Our notions of what is natural and accepted as the reality of being human are influenced by popular assumptions, some misrepresentations of science, and our own, often limited, life experiences.

The idea of nature versus nurture – that humans are at the mercy of a battle between our biological natures and our social environment – strongly influences our views of the world and the ways we act in it. But the idea is not only wrong; it obscures our ability to understand ourselves.

Albert Einstein once said that "A man should look for what is, and not for what he thinks should be." Einstein encourages us to see what is, as opposed to what we already believe to be true. In order to do this when thinking about human nature (or natures) we need a kind of myth-busting toolkit.

This would provide the infrastructure to enable one to focus on the actual details of human potential and performance, and why they often do not necessarily line up with peoples' perceptions about what is 'natural' for humans.

Many myths about human nature are successful because they rely on our assumption that Culture + Biology = Us . But becoming human is not simple arithmetic. A better way to think about what humans do is the concept of potential and performance.

Performance is the expression of physical or behavioural traits. Potential is the underlying genetic, physical and cultural factors that affect the potential range of performance. Take, for example, physical aggression in humans.

There is a huge range of potential types and patterns of physical aggression that any individual human can exhibit, but the actual performance of physical aggression is influenced by body size, muscle density, gender, health, social and economic histories, cultural patterns, life experience, and the availability of weapons or other tools.

There are what I term 'the big three' myths: race, aggression and sex. But why are the 'big three' so important to bust?

The Race myth asserts that humans are divided into biological races (black, white, asian, etc…) and that there are specific natural differences in these groups.

If we accept this as true, and let it remain unchallenged, it acts a baseline for how we act toward and perceive others. This then shapes what we expect, and what we think we can achieve, as far as human equality, and whether or not we can build community in an increasingly diverse societies across the globe.

But what if this is not true? What if race is not biological but a social construct? It still matters, but its underlying reality and the ways in which issues can be approached and ameliorated become radically transfigured.

The myth of Aggression asserts that nature and nurture are different things and that our animal core (some would say, our evolutionary heritage) is that of a primordial beast. If this is true then cultural constraints (our nurture) manages an inner nature that is primitive and aggressive (especially in men).

It also follows then that this beast emerges whenever the grasp of civilization weakens, times of social crisis, riots and even sporting matches. This assumption about humans is quite old and rooted deeply in our European theological and philosophical heritage. If we believe that this is truly the nature of humanity then we accept a wide range of violence as inevitable, and we will see war, rape and murder as just part of the nature of being human.

However, what if these expressions of aggression and violence are actually one part of our potential, and not our nature? Well, then a broader range of perspectives, scenarios and ways of living together become possible.

Finally, the core belief underlying the myth of Sex is that men and women are different by design, that our very natures are opposite, or at least distinct, ways of being. This view holds that our innate difference is visible in our behaviour, desires and internal wiring. Again, this is a widely held belief that does not reflect what we actually know about the human species, male and female.

The relationships between, and within, the sexes and genders are constrained if we accept the natural opposites view. The possible range of ways to be and become human and express our sexual and social selves is extremely limited by such a perspective. However, what if the differences in the sexes are present but much less extreme and manifest in different ways than we currently envision?

In this case the possibilities for human relations expand and, as in the cases of Race and Aggression, our abilities to build communities and co-exist in sustainable ways in our increasingly crowded, diverse, and complex world could become slightly improved.

Busting myths of human nature is not like busting a myth about the physical world (like the earth is flat or that a tooth left over night in Coca-Cola will dissolve). There is not going to be one single test that refutes these myths.

There is not even a simple right or wrong answer when assessing the many parts of most myths about human nature. There are many bits of information and complex sets of data and theoretical concepts that have to be considered and assessed. Myth busting in human nature is neither flashy nor easy.

The myth busting toolkit that I outline in my book is designed to help us to think past our assumptions and begin to grasp that humans are indeed more complex beings, and with far greater potential, than most simplified understandings of evolution would have us believe.

My hope is that you will go out and start challenging, even busting, some myths for yourself.

A man should look for what is, and not for what he thinks should be. Albert Einstein 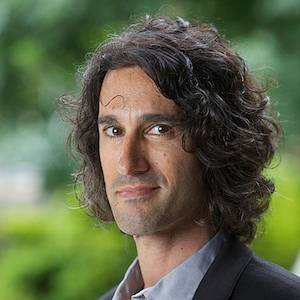 Agustín Fuentes chases monkeys in Asia and explores the lives of early humans to challenge our assumptions about human nature.

Agustín Fuentes delves into the how and why of being human. Ranging from chasing monkeys in the jungles and cities of  Asia, to exploring the lives of our evolutionary ancestors, to examining what people actually do across the globe, Agustín is interested in both the big questions and the small details of what makes humans and our closest relatives tick

More blogs by the same author

More books by the same author

More on what makes us human