It was via the Kathmandu Post, while taking a break from fieldwork in October 2011, that I learned of USAID's plans to partner with Monsanto Company in Nepal. In his Op-Ed "Monsanto is Not the Answer," Anil Bhattarai spoke of the upcoming partnership and warned of the introduction of Monsanto's hybrid maize seeds to Nepal's agricultural sector. Already aware of Monsanto's unethical practices, coercive treatment of farmers and human rights abuses, I was immediately concerned. A future where my friends in rural Nepal, for whom farming and food production is a way of life, were dependant on the likes of Monsanto Company — an agriculture multinational who control the global seed, pesticide and agricultural biotechnology markets — was not a future I hoped for.

In the library at Cornell, in Ithaca, New York, a young Nepali woman was alerted to the proposed USAID/Monsanto hybrid maize partnership by the same article online. A friend, on Facebook in big bold letters she wrote, "I DO NOT WANT MONSANTO IN MY COUNTRY." And in a private email to a select few, she asked, "What can we do?"

And so it came to pass that a short time later, from my field site in the Western hills, I was Skyping with a group of young and impassioned Nepali citizens from their homes in Toronto, New York and Kathmandu. Buoyed by the Arab Spring and Occupy movement and what could be accomplished through social networking, they wanted to act, and launched the campaign STOP Monsanto in Nepal on Facebook.

STOP Monsanto in Nepal quickly became more than an online social movement. My migrated Nepali friends mobilized their extensive networks and a handful of first-time activists, young and well educated, who previously knew each other only as digital subjects, met in person in the capital. In the weeks that followed, they organised a campaign of awareness raising and direct action that culminated in around 300 protesters gathering in a street demonstration outside USAID holding banners with slogans that read, "Sovereignty," "Farmers' Rights," "Affordability," "Our Country, Our Choice: Save Our Seeds," "The Right to Know."

To outsiders this campaign may have looked like an urban-elite youth movement with no real connection to farmers and their interests. But while many of the people involved were not farmers and most grew up in Kathmandu they maintained strong ties to farming and farming families.

Food production is a way of life in Nepal. Agriculture is the largest contributor to the national economy, making up around 39% of GDP[1]. Despite rapid migration to urban areas in recent years, more than 80% of the population remain in rural areas and three quarters of all households are employed in the agricultural sector[2]. Most (64%) agricultural holdings are subsistent family farms, with only 3% classified as commercial farming operations[3] and an estimated 95% of seeds used in Nepal are open-pollinated variety (OPV) heirloom seeds, passed down for generations within family[4]. Therefore a 'farmer' in Nepal refers mostly to a subsistence farmer using local heirloom seeds[5].

When activists then, began to protest calling for USAID and the Government of Nepal to annul their partnership with Monsanto, as Nepali citizens, they did so on behalf of their mothers, fathers, aunts, uncles and grandparents, and in the interest of the majority of citizens because farming as a way of life is a shared cultural value.

What many detractors of this movement, namely USAID, failed to acknowledge, was that opposition to this project was not coming from STOP Monsanto in Nepal alone, but from multiple sites of resistance throughout the country at all levels of society as soon as the project announcement was made.

In Nawal Parasi, farmers came together in an emergency meeting. Undeterred by news from one farmer's son that Monsanto was "one of the most powerful companies in the world. If they say they are coming, they are coming — there's no use fighting it," an old farmer in small voice made a grand declaration, "we overthrew our God-King. We can take care of this company." [6] With the reminder that Nepalis are historically powerful revolutionaries, the idea of taking on Monsanto became less far-fetched.

The leader of the All Nepal Peasants' Federation (ANPFa) vowed the farmers' body would put pressure on the government to annul its agreement with Monsanto, stating that "We are against the multinational company's (Monsanto) involvement in agriculture" [7]. Coordinators of a well-known national development organisations spoke out against the partnership, saying "we will lose our diversity, culture, informal relations, our money and dignity" [8]. Activista, the youth arm of ActionAid, concerned with a "hunger free Nepal" and "rights to food," collected 500 hand-prints and signatures on a banner saying no to Monsanto and later delivered it to the Prime Minister, and the Nepal Forum of Environmental Journalists (NEFEJ) published articles "In Defense of Seed Sovereignty" [9]. The message from the public was clear: "Monsanto Chhaindaina" — We don't need/want Monsanto.

The right to decide upon, own and control the seed supply, therefore, was of utmost importance. In valuing the cultural, Nepalis rejected US power, capitalist ideals, top-down development aid and a type of US cultural imperialism, when it came to seeds. The USAID-supported Monsanto move into Nepal offended nationalist sentiments largely because of the perceived attack on farmers' rights. For Nepali citizens the issue was one of seed and food sovereignty, not of food security.

In response to the backlash the Government's Ministry of Agriculture (MOAC) spokesperson came out and vehemently denied an agreement to partner with USAID and Monsanto had taken place. Addressing a parliamentary hearing on Monsanto, hybrid imports and Nepal's agriculture vision, he discussed Nepal's history of protecting farmers' rights and the weight of the external pressure facing the Government from powerful interests, commenting that "There is no denying the companies are quite influential. If a company like Monsanto comes it will eat us whole."

Nepali culture and identity, as well as the economy, have been shaped in recent times by development aid and Nepal is heavily beholden to its donors [10]. The dilemma for Nepalis is that the dominant development rhetoric defines them as a 'food insecure' nation in need of development, which often contrasts with how Nepalis perceive themselves [11].

The skepticism and hostility that arose towards USAID and Monsanto was borne from Nepali citizens' portrayal of themselves as modern, proud, politicized, successful revolutionaries, for whom farming and food production is a way of life. Nepalis have demonstrated their desire to be modern, developed economy, however, through their resistance to the USAID/Monsanto project. Nepalis (scientists, academics, journalists, students, farmers, activists and politicians alike) showed that when development aid puts the interests of powerful donors ahead of the national interest, people are prepared to reject the aid.

In so doing they made a statement about their culture and identity, which values more than just development. Citizens' resistance shows there is not a simple urban and rural, young and old, rich and poor divide. People were genuinely overwhelmed by the monolith biotech Monsanto. They were not denying a food deficit but highlighting other factors in the national consciousness — a rich cultural heritage, farmers' rights and seed sovereignty — as more salient and asking for alternatives.

When activists began to protest, they did so in the interest of the majority of citizens because farming as a way of life is a shared cultural value. 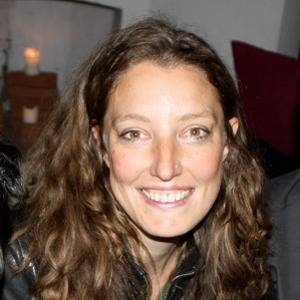 Culture of agriculture in Nepal

Sascha returned to Australia from Nepal in 2012 and is currently completing her PhD in cultural anthropology at the University of Sydney. She is examining village relationships to development and the environmentl.

[5] Caste, gender, religion and socioeconomic status are not taken into account in this definition

[6] Journalist and human rights campaigner Kyle Knight was there to record the meeting/ interaction.

[10] The term donor implies voluntary donation/ giving, however, in case studies such as this it is evident that sometimes it is the “donors” themselves who gain the most from this type of development aid. I believe that the term “donor” should be replaced with something more akin to “financial investors” in order to reflect the true nature of the system represented by the act of giving.