Pop biology often tells us that "we are apes," enshrining that identity as a fact of nature, of evolution, and of science.

That statement has some value. For example, it can be used to bludgeon the creationists, who deny kinship with the apes, and now have to cope with science telling them that they are not simply related to apes, but are actually apes themselves. Take that, creationists!

But as wrong as creationism is, the argument that "we are apes" is not a valid evolutionary one. After all, the distinguished evolutionary biologist George Gaylord Simpson wrote in a 1949 classic, "It is not a fact that man is an ape, extra tricks or no."

So how did we become apes in the intervening decades? And if we aren't apes, then what are we?

Our ancestors were of course apes. That is what science shows. Our closest zoological relatives are apes, and we fall phylogenetically among them–indeed, we are closer to a chimpanzee than that chimpanzee is to an orangutan.

But that elaborates the identities of our ancestors, not us. They were apes, but that doesn't necessarily tell us what we are. The problem, as Simpson understood decades ago, is that ancestry is not the same as identity.

My ancestors just a few generations ago were peasants. My more remote ancestors were slaves. But I am neither a peasant nor a slave. In fact, if you were to tell me that I am a peasant or a slave because my ancestors were, I'd probably punch you in the nose. Reducing identity to ancestry is a highly political act, which has traditionally provided a casual rationalization for perpetuating a hereditary aristocracy.

We reject the simple equation of ancestry with identity in other contexts. Why should we accept it in science? The short answer is that we shouldn't.

What are we? We are human. Apes are hairy, sleep in trees, and fling their poo. I should make it clear: Nobody likes apes more than I do; I support their preservation in the wild and their sensitive treatment in captivity. I also don't think I'm better than them. I'm smarter than they are, and they are stronger than I am. I'm just not one of them, regardless of my ancestry. I am different from them. And so are you. You and I have 46 chromosomes in our cells; chimpanzees have 48. They are indeed very similar, but if you know what to look for, you can tell their cells apart quite readily.

Of course, in the middle of the last century, we didn't have much in the way of genetic data. We did know that human and chimp bloods are more similar to one another than horse blood is to donkey blood. Now we know that our DNA is over 98% identical to that of a chimpanzee.

That sounds very similar; almost identical. On the other hand, anybody can tell a human from a chimpanzee pretty easily just by looking. If a geneticist can't tell them apart, well, that's a problem for the geneticist.

And indeed we–that is, Homo sapiens–fall phylogenetically within the group that we call "apes." Shouldn't that make us apes?

On the other hand, we also fall phylogenetically within the group that we call "fish." That is to say, a coelacanth is more closely related to us than it is to a trout. So we fall within the category that encompasses both coelacanths and trout, namely, fish.

Yet we are not fish. There are certainly things to be understood by confronting our fish ancestry (such as our gestation in a saline, aqueous environment), but fish can't read, so if you are reading this, then you are not a fish.

You are not a fish because your remote ancestors evolved. They diverged from their piscine relatives and became land-dwelling air-breathing tetrapods. That is what we mean by evolution, as Darwin defined it, "descent with modification."

But to call us fish would be to embrace descent without modification–maybe not creationism, but certainly not evolution either. And that is precisely the same difficulty we face is calling ourselves "apes." To call us "apes" or "fish" because our ancestry resides among those organisms is a trivial statement about how those categories are artificially constructed, not a profound revelation about our natural identity.

Based on our physical features, we can readily classify ourselves as mammals, primates, and hominoids. But the Superfamily Hominoidea, as taxonomists have long noted, comprises "apes and humans," not just "apes." In other words, "human" is a contrast group to "ape," not a subset; regardless of the biological phylogeny.

The evolutionary science tells us that we are not fish; we are ex-fish. And by the same token, we are not apes; we are ex-apes. In short, we evolved–and that is a fact that both creationists and evolutionists may need to acknowledge.

We reject the simple equation of ancestry with identity in other contexts. Why should we accept it in science? The short answer is that we shouldn't. 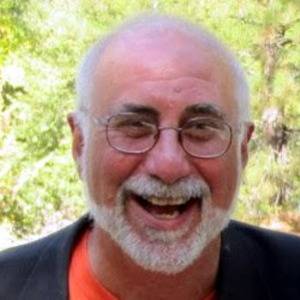 Jonathan Marks teaches biological anthropology at the University of North Carolina at Charlotte. His most recent book is "Tales of the ex-Apes: How We Think About Human Evolution," published by the University of California Press. You can read more about humans and their biological quirks on Jon’s blog, anthropomics, and learn who are (and aren’t) your ancestors through his TEDx talk, “You are not an ape!“

Watch the shorter trailer or the longer trailer for Jonathan Marks's book "Tales of the Ex-Apes."

Read Barbara J. King's take on the issue in her NPR article, "Are we ex-apes? A story of human evolution."

If you're interested in how anthropologists classify things, try Jonathan Marks's article "Anthropological taxonomy as subject and object: The consequences of descent from Darwin and Durkheim," in Anthropology Today.