How the West tokenizes eastern principles of nutrition

I grew up in an affluent beach town in southern California, abundant with green juice and yoga studios. Inundated with messages about optimal wellness, purity, and detox from the Western matrix, I bought into the rapidly growing alternative nutrition movement. Think Gwyneth Paltrow’s Goop archetype.

I became vegan, and not just vegan, but a label-scrutinizing, oil-avoiding, intermittently fasting, apple cider vinegar guzzling champion of ‘alt-health.’ The SAD—ironically and non-ironically the acronym for Standard American Diet—was something I demonized. I told myself it was a mirror reflection of the ugliness of American culture: greed, mediocrity, conformity, laziness, and disconnect.

‘Alt-health’—a term referring to the loosely related set of Eastern and pseudo-spiritual ideologies about the body, health, and food—became my saving grace. I wanted to treat my body like a vessel of wellness and potential, not like a medicalized machine of symptoms.

Spoiler alert: I actually just had an eating disorder. My desire wasn’t actually to rail against U.S. capitalist diet mentality: it was to be thin. Those things seemed to be conflated in alternative wellness culture. My desperation to achieve this goal made me susceptible to alternative technologies of wellness where weight loss isn’t promised but treated as an afterthought—a natural progression of your elevated health journey.

It became easy to mask disordered patterns. It looked like meditating to the onerous sounds of singing bowls before an already restrictive meal so I could eat 'mindfully,' and will myself to feel satiated. It looked like waiting to consume anything until after my 120-minute Bikram class, because food would have 'disrupted' my flow.

After many years of treatment, relapse, falling prey to diets, losing and gaining weight, and eventually (and, kind of accidentally) becoming a yoga teacher myself, I do not wrestle with the same desire to be thin. My food is not controlled by naturopathy-informed rituals, supplements, and restrictions.

As the fog of my eating disorder cleared over the last five years, I noticed the anthropological richness of the millennial-born alternative wellness phenomenon. I observed a peculiar trope in advertising and rhetoric: Easternization.

Diet trends occurring in our new-age-new-health paradigm are not explicitly Eastern, and yet, ‘Asian origins’ almost always appear in the marketing. Asianness is almost always included in the narrative of ‘alt healthy’—whether it’s an obscured Western mythology of Traditional Chinese Medicine, or a naturopathic clinician prescribing an Ayurvedic dosha after a $5.00 screening.

The cultural gravitas of weight loss in the West is by no means an under-explored topic in anthropology. Leading researchers like Rebecca Lester (2007, 2019) attack the topic from a gendered-phenomenological lens; others, like Susan Greenhalgh (2016), analyze it from a biopolitical one. However, what I want to do is explore how the Western thin ideal shows up in wellness culture through the lens of Orientalism.

Yoga, Ayurveda, TCM, fasting, veganism, the list goes one. Are these acclaimed ‘Eastern’ dietary and exercise principles yet another way for thinness to be sold to a Western audience hungry for social and cultural approval—and for the East to be exoticized?

At the very least, the commodification of Eastern health modalities is unmistakable. Fasting, for instance, is now marketed as a method of weight loss in the US by a number of naturopathic companies—typically with some kind of preamble about the history of fasting in Buddhist communities (Hall 2016; Porter 2016; Kang 2017).

As a yoga instructor, I have heard online coaches and fellow yogis encourage veganism (as a weight-loss initiative and not an environmental/ethical one) on the premise that Asian peoples’ diets are typically plant-based, and most Asian people are thin. This is revealing itself in an ever-expanding story where West = fat and East = thin.

There is a linguistic dimension of the alt-health world that reflects this same logic. Clean eating is the umbrella term for various yogi-cultural nutritional formations, from Ayurveda to Gwyneth Paltrow’s Goop-purported macrobiotic diet, and they are likewise adjacently Asian…Just Asian enough to perpetuate the bifurcation we have created. The East is our clean, cleansed, thin, exotic counterpart.

Here we are left with yet another manifestation of the Western gaze. We make the East palatable to our emotional needs and our neoliberal landscape of health and body image. The ‘Occident’, to follow the Said’s binary (1978), is always the true herald of medical knowledge production.

Extracting Eastern principles in order to edify the Western obsession with weight loss is a way in which Orientalism makes itself known. Where we locate the East as a place to solve our culturally ascribed problem of fatness is also where we start exoticizing it.

My recovery from disordered eating has certainly coloured my interest in diet culture and alternative wellness trends since I started my research in medical anthropology. Maybe I will have a more productive response in the years to come, but I do want to pose a challenge out there for all of the anthropologists and folks with anthropological interests: where are we conflating the East with exotic wellness? And how well can we really be if we are using our ephemeral thin = healthy goggles while experiencing traditional Eastern modalities of nutrition and medicine?

Just some Occidental food for thought.

Where we locate the East as a place to solve our culturally ascribed problem of fatness is also where we start exoticizing it. 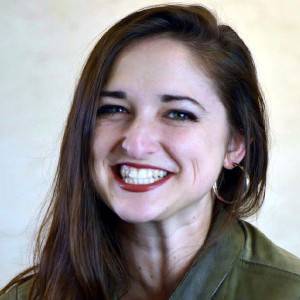 Ruthie Flynn is a first-year MA student in Medical Anthropology at George Washington University. Her research interests include psychological anthropology, the history of psychiatry, women's mental health, eating disorders, and mental health treatment efficacy in veterans. In her spare time, she enjoys standing on her hands, annoying her cat, and enjoying the pleasures of Washington, DC with her partner.