Why do we invent alien races? How do their physical manifestations, their benevolence or antipathy toward humans, and their social structure reflect our own insecurities, curiosities and fears? Why has the belief in extraterrestrials persisted across time and space?

I've always been something of a science fiction geek, but it wasn't until my senior year at college that I realized the synergy between the science fiction genre and anthropology. In fact, the way that a culture crafts alien life helps to reveal many of the ideologies underlying that human society.

Quite apart from the world building aspects of the genre, the presence of aliens provides readers and audience members with figures, indeed, whole populations, with which to think through alternative notions of humanity. As the anthropologists Slusser and Rabkin write,

"The alien is the creation of a need — man's need to designate something that is genuinely outside himself, something that is truly noman, that has no initial relation to man except for the fact that it has no relation." (1987, vii)

Even though the word anthropology comes from the root "anthropos," meaning men, aliens have a rich history within the anthropological world, and are increasingly figuring into prospective anthropological considerations.

In the social sciences, the "Other" is commonly understood as a cultural outsider or foreigner, an individual against which to judge Western culture. Although a problematic term, the Other invites critical reflection between the subject and the social scientist to unpack notions of difference across cultures and social groups. The alien is yet another manifestation of this cultural Other.

For decades, the figure of the extraterrestrial has served as the locus for theories on human evolution, imperialism, and cultural divergence.

Perhaps the most well-known and fantastical connection between aliens and anthropology are the "academics" known as Ancient Astronaut theorists, often featured on the History Channel show Ancient Aliens. The basic premise of the show, founded upon the fantastical theories of Erich von Däniken, is that human civilization developed and progressed with the assistance of extraterrestrials.

Examining a variety of archaeological sites, artefacts, and objects of material culture from around the world and across the history of human habitation, Ancient Astronaut theorists suggest that monuments, technological innovations and artistic traditions were all informed and supplemented by alien contact.

Incapable of explaining how the rocks used at the temple complex of Pumapunku, Bolivia were cut so precisely by "primitive" peoples, the immediate conclusion that always seems to be reached is that aliens swooped in and ushered our human ancestors into the practices of modernity. As Katy Meyers Emory writes in her article Aliens and Archaeology,

"Since the beginning of our species, we've been creatively solving problems, pushing limits, and shaping the world in fantastic ways. But for many people human creativity and awesomeness isn't the reason why we were able to create aqueducts or construct sky high monuments before the industrial revolution."

While a highly entertaining show, the "experts" featured lack credible historical, linguistic, anthropological or archaeological training to substantiate their claims or their cultural assessments.

In fact, many of the arguments employed by regulars like Giorgio A. Tsoukalos put forward ethnocentric ideals and problematic theories about cultural evolution debunked and discarded decades ago.

While academics criticize their theories and research practices, Ancient Aliens has nonetheless generated renewed interest in archaeology and provided a platform for practising anthropologist to explain the true mysteries underlying the Aztec Empire or ancient Medieval illustrations of orbs hanging in the sky. The show has also opened up an opportunity for anthropologists to talk critically, yet inventively, about what it truly means to study cultures, both past and present.

Archaeologist Kenneth Feder at Central Connecticut State University has written several books, articles and conference papers on the subject of Ancient Astronaut theory, using it to teach anthropologists and the general public how not to do scientific research, as well as indicate how archaeological records can help us track developments in human cognition and technology.

Academic researchers aren't the only ones using aliens as a tool for understanding and teaching about what it means to be human. Aliens have been used by many science fiction writers to explore the alternative possibilities of human evolution and cultural divergence.

The Cthulhu mythos spawned by H P. Lovecraft instills his stories, and often his readers, with a cosmic horror over the ghastly, aquatic race dwelling beneath the Earth's crust. His alien race disrupts the assumption that humans are the true masters of the Earth and jettisons theories of human supremacy and power. Jason Colavito draws a direct connection between Lovecraft's Cthulhu and von Däniken's Ancient Astronaut theories (2004).

Ridley Scott's Alien series, particularly the prelude Prometheus (2012), proposes that humans were manufactured by aliens. The essentials of human biology and heritage are subsequently muddied by the possibility of our race being engineered, leading to divergent genetic as well as cultural consequences for human life. Within the Alien universe, we owe our creation, as well as our cultures, to beings of a higher order, just as Giorgio Tsoukalos believes that humans were interbred with alien life forms. According to this line of logic, we are all extraterrestrial hybrids.

Other writers have used the alien as Other figure to provide commentary on imperialism. Ericka Hoagland and Reema Sarwal's Science Fiction, Imperialism and the Third World (2007) and John Rieder's Colonialism and the Emergence of Science Fiction (2008) both explore the intersections between science fiction and colonial/post-colonial theory, particularly in relation to subaltern social groups.

According to Asoka Jayasekera and H. G. Wells's biographer Michael Foot, The War of the Worlds (1897) was written as a condemnation of Britain's imperialistic activities against the Aboriginal community in Australia. Book One, Chapter One of War of the Worlds is narrated thus:

"And before we judge of them too harshly we must remember what ruthless and utter destruction our own species has wrought, not only upon animals, such as the vanished bison and the dodo, but upon its inferior races. The Tasmanians, in spite of their human likeness, were entirely swept out of existence in a war of extermination waged by European immigrants, in the space of fifty years. Are we such apostles of mercy as to complain if the Martians warred in the same spirit?"

The War of the Worlds thus demonstrates the parallels between alien invasion and British imperial practices. Wells's book, and later radio dramatization, inverts the positions of conquerors and the conquered.

The alien also challenges our belief, especially common in the Western world, that time moves in one direction. Ray Bradbury's The Martian Chronicles (1950) and Kurt Vonnegut's Slaughterhouse-Five (1969) both invent aliens that exist in multiple dimensions of time simultaneously. Similarly, anthropologists have long studied the various ways that time is understood from culture to culture, suggesting that that "past" and "future" are not universal concepts.

All of these science fictional representations reconfigure the evolution of the human species, our place within the universe, and our treatment of the Other, whether the Other refers to beings from another galaxy or from another corner of the world.

If there is life outside of our universe, anthropologists may extend the purview of what it means to study mankind. But for now, suffice to say, there will always be aliens among us.

For decades, the figure of the extraterrestrial has served as the locus for theories on human evolution, imperialism, and cultural divergence. 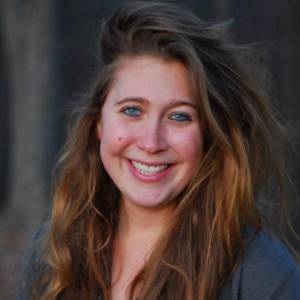 Emma Louise Backe is an anthropologist, activist and researcher. She currently works as a researcher on gender-based violence at George Washington University, where she will be pursuing her Master’s in Medical Anthropology and Global Gender Policy in the fall. She also helps to run the blog The Geek Anthropologist, where she writes about monsters, science fiction, fantasy, comic books, and pop culture.

Charioteer of the Gods by Jason Colavito (2004, Skeptic).

Colonialism and the Emergence of Science Fiction by John Rieder (2008, Wesleyan University Press).