My young friend Misako was gushing about a legendary man: "He has long hair, and is slim and tall; He's a real ikemen! (hot dude)." A famous J-Pop singer or TV celebrity? Actually, the man who had her so excited was a wizard who lived centuries ago, a court practitioner of occult science named Abeno Seimei (921~1005).

Seimei was part of a cadre of official astrologers and divination experts during the Heian period (794~1185) called onmyōji. Misako joined millions of girls and young women who became avid fans of a fictionalized Seimei after reading a series of novels entitled Onmyōji, written by the science fiction writer Yumemakura Baku. Eventually, there was a flood of additional onmyōji-themed anime, manga, films, TV dramas, and critical essays.

One unusual outcome of the wizard boom was the revival of a small Shintō shrine in Kyoto, the Seimei Jinja. Although there are many shrines in Japan dedicated to Abeno Seimei, the site in Kamigyō Ward became one of the most popular for female devotees. Founded in 1007 by the Emperor Ichijō, Seimei Jinja was built where Seimei's residence once sat.

When I first visited in the late 1970s, it was shabby and run-down. Although the main building had been restored, the grounds of the narrow lot were worn and weedy. By 2005, however, the shrine had been completely renovated with bright landscaping, sparkling statues, and brand new paintings. It was also experiencing brisk sales of shrine goods. The crowds of enthusiastic female visitors to Seimei Jinja caught the attention of the news media.

The pentagram, a Taoist symbol meant to represent the interaction of the Five Elements, was one of Seimei's favourite signs. At Seimei Jinja it is ubiquitous, adorning architecture, lanterns, roof tiles, and various shrine accoutrements.

Because of its magical power it is also used on amulets and other shrine items to confer protection. Due to the shrinen's savvy marketing of attractive votive plaques, oracle lottery papers, and good luck talismans, it soon became one of Kyoto's most prosperous shrines. Women's and girls' magazines feature articles on the shrine telling readers what type of unique good luck amulets and souvenirs one can get there.

A series of newly commissioned paintings that line one wall of the grounds, with scenes from folktales about the celebrated soothsayer. The ten paintings illustrate stories about how Seimei employed his skills to protect the capital, manipulate spirit helpers, and forecast the future.

Unlike images of the historic Seimei we find in other shrines and in medieval scrolls, the Seimei in these paintings stepped right out of the pages of girls' manga. The new Seimei Jinja paintings presents Seimei as a handsome young man with a smooth face and aquiline profile.

This is in marked contrast to another famous representation of the scene, one found in Hokusai's Manga Sketchbook from 1814. In that illustration Seimei and Dōman are odd looking middle-aged men with moustaches, sideburns and bushy eyebrows.

The sanctified amulets and charms sold at the shrine have been updated and redesigned with a red pentagram. The offerings include a silver pentagram necklace and uchiwa fans delicately adorned with the Chinese bellflower, a five-pointed purple flower often associated with Seimei because of its resemblance to the pentagram.

Hung above and near the kiosk are votive plaques signed by Yumemakura Baku, Okano Reiko and other notable artists, writers and celebrities. There used to be a movie poster for the film Onmyōji tacked up near the restrooms.

The interest in Seimei-related items and souvenirs spilled out from the shrine itself. A local businessman who once sold neckties converted his nearby store into the "Onmyōji Original Goods Shop." He told me that while his former necktie shop was barely making it, his new business proved to be quite profitable. He commissioned his own line of postcards, posters, T-shirts and occult objects that carried the image of a cute, manga-like Seimei figure.

Eventually, however, he closed the business. Was Seimei's cult/brand fading?

He's a real ikemen! (hot dude)." A famous J-Pop singer or TV celebrity? Actually, the man who had her so excited was a wizard who lived centuries ago 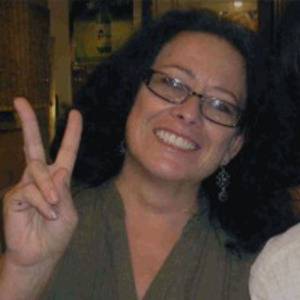 Editor and founder. Expert on bad girls and beauty in Japan

Laura is a PopAnth editor and founder. When Laura lived and worked in Osaka, Japan in the 1970s, she encountered many issues that puzzled her and eventually pushed her back to graduate school in anthropology. These days she is the Ei'ichi Shibusawa-Seigo Arai Endowed Professor of Japanese Studies and Professor of Anthropology at the University of Missouri-St. Louis.

More about wizards and their shrines